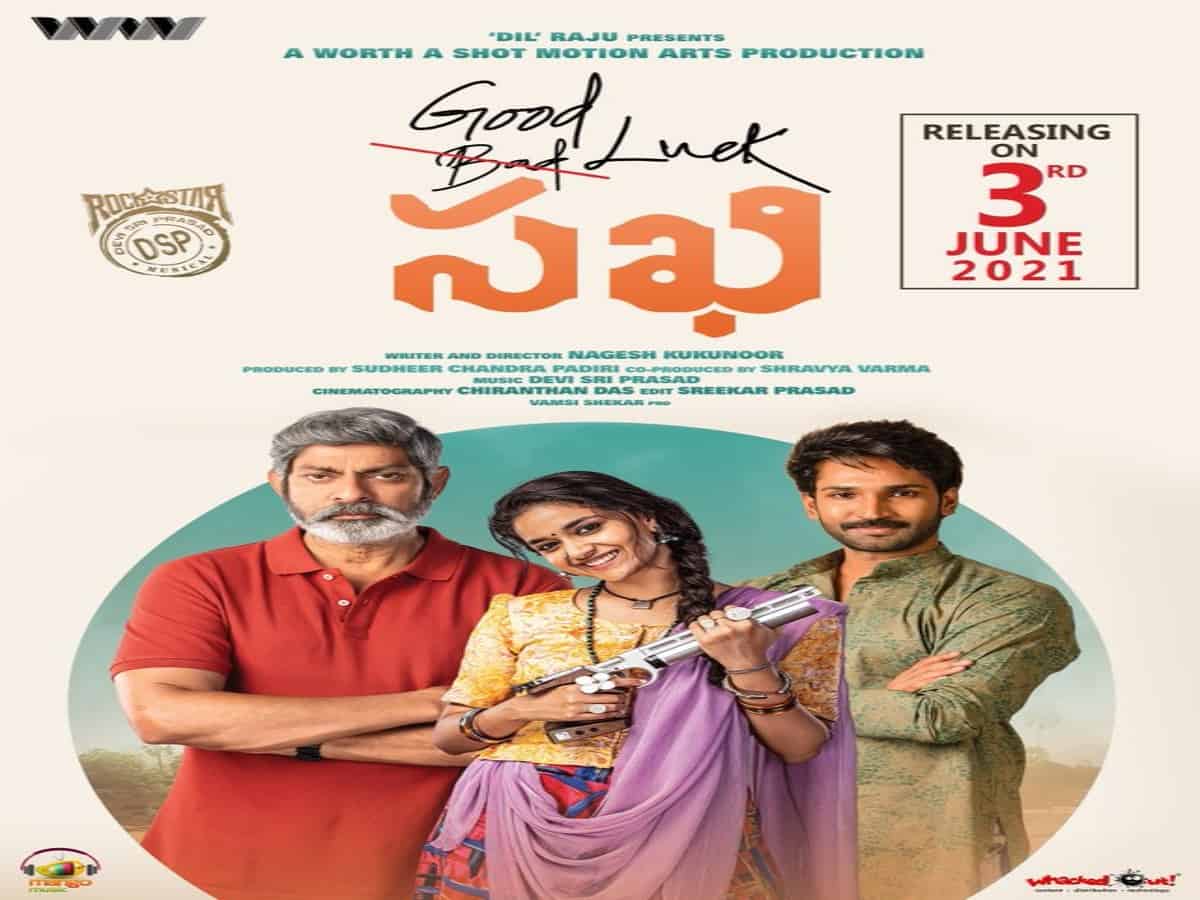 Hyderabad: Keerthy Suresh’s film Good Luck Sakhi is all set for a grand release on June 3.

Directed by Nagesh Kukunoor, the film will be released in Telugu, Tamil, and Malayalam.

On Monday, the Mahanati star took to her Twitter handle to share the release date poster of Good Luck Sakhi. “Here’s the announcement you’ve been waiting for! #GoodLuckSakhi is coming to theatres on 3rd June! Save the date!” she captioned it.

Producer Dil Raju is presenting the film while Sudheer Chandra Padiri is producing it on Worth A Shot Motion Arts banner. Rock star Devi Sri Prasad has scored music while Chirantan Das has shot the film.

In the film, Keerthy’s Sakhi is seen as a character bringing bad luck to everyone and her fiance dies in an accident ahead of their marriage. Later, she trains to become a sharpshooter to compete at the National level.

The first teaser of the film got a good response from all the corners and now it remains to see what’s next for the audience. The film also stars Aadhi Pinishetty, Jagapathi Babu and others.