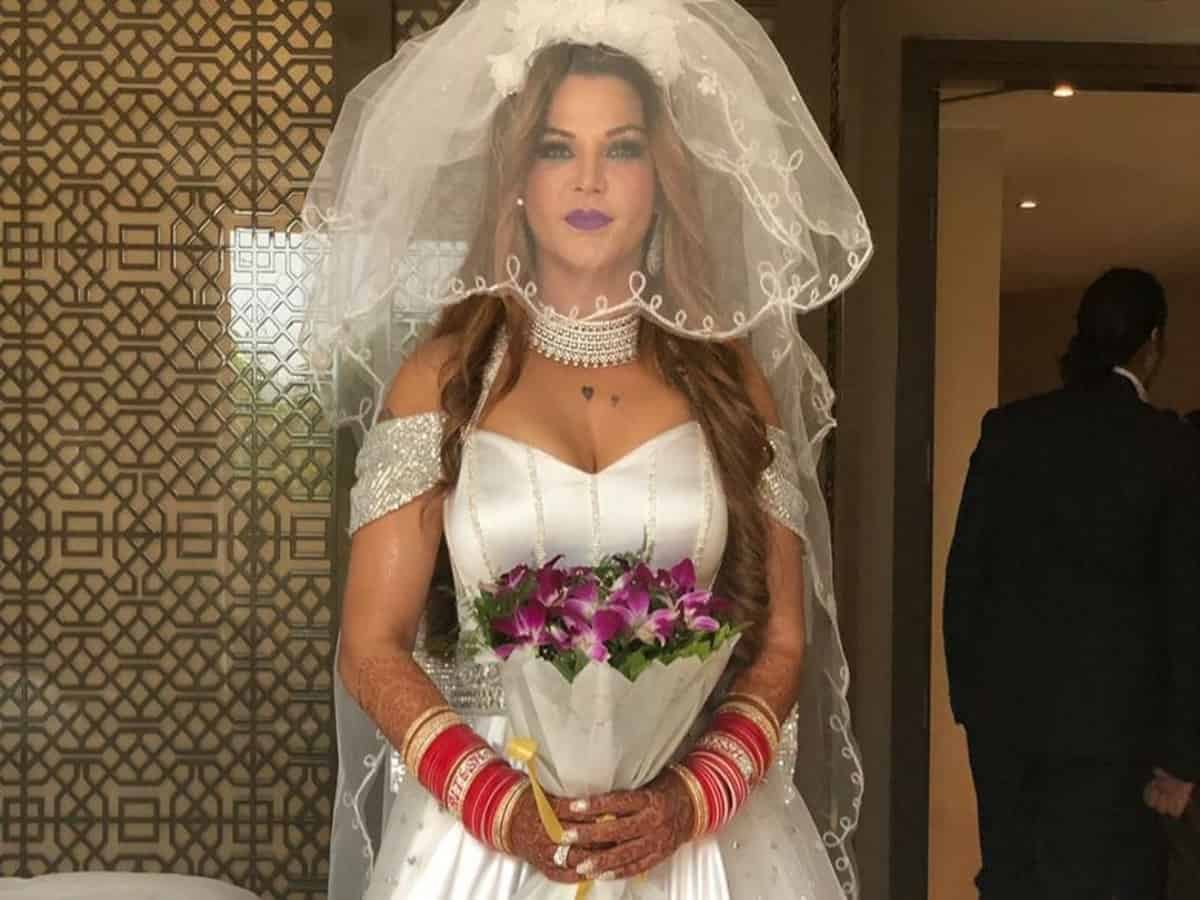 Mumbai: Controversial queen and Bigg Boss 14 participant Rakhi Sawant has been in news for many reasons but mostly because of her marital life. Her wedding pictures on Instagram left many in disbelief as they featured only Rakhi and her husband Ritesh wasn’t a part of any of them.

While Rakhi still hasn’t shared even a single photograph of her husband on social media, she keeps making shocking revelations about her secret marriage. The latest one is that the main reason behind her marriage.

In a recent interview with ETimes, Rakhi Sawant is now claiming that she got married to Ritesh to get rid of a don who hails from Gujarat. details, Rakhi said that a ‘violent guy’ from Gujarat was forcing her to marry him. After going on a date with him in Goa, Rakhi saw a video wherein the said guy was beating someone in his farmhouse. She claimed that the said man had threatened to kidnap her if she didn’t marry him.

Rakhi Sawant further spoke how she was praying to get this man out of her life and out of nowhere, she said Ritesh called her up. She also revealed that her husband hadn’t turned up for their wedding.

The actress said that she first asked Ritesh to find a good man for her, and then eventually, he only popped the marriage question. He also sent her his bank statement. After which, Rakhi felt that she must marry him as it will end her struggles. However, Ritesh didn’t turn up for their wedding.

“He didn’t turn up for our marriage. He apologised. This happened not just once. I asked him in no uncertain terms that why was he dilly-dallying our marriage. Finally, he came down to Mumbai and we tied the knot. This marriage helped me to ward off the Gujarat don,” Rakhi said.

Check out her complete interview below:

On the professional front, Rakhi Sawant was last seen as a challenger in Bigg Boss 14 house.