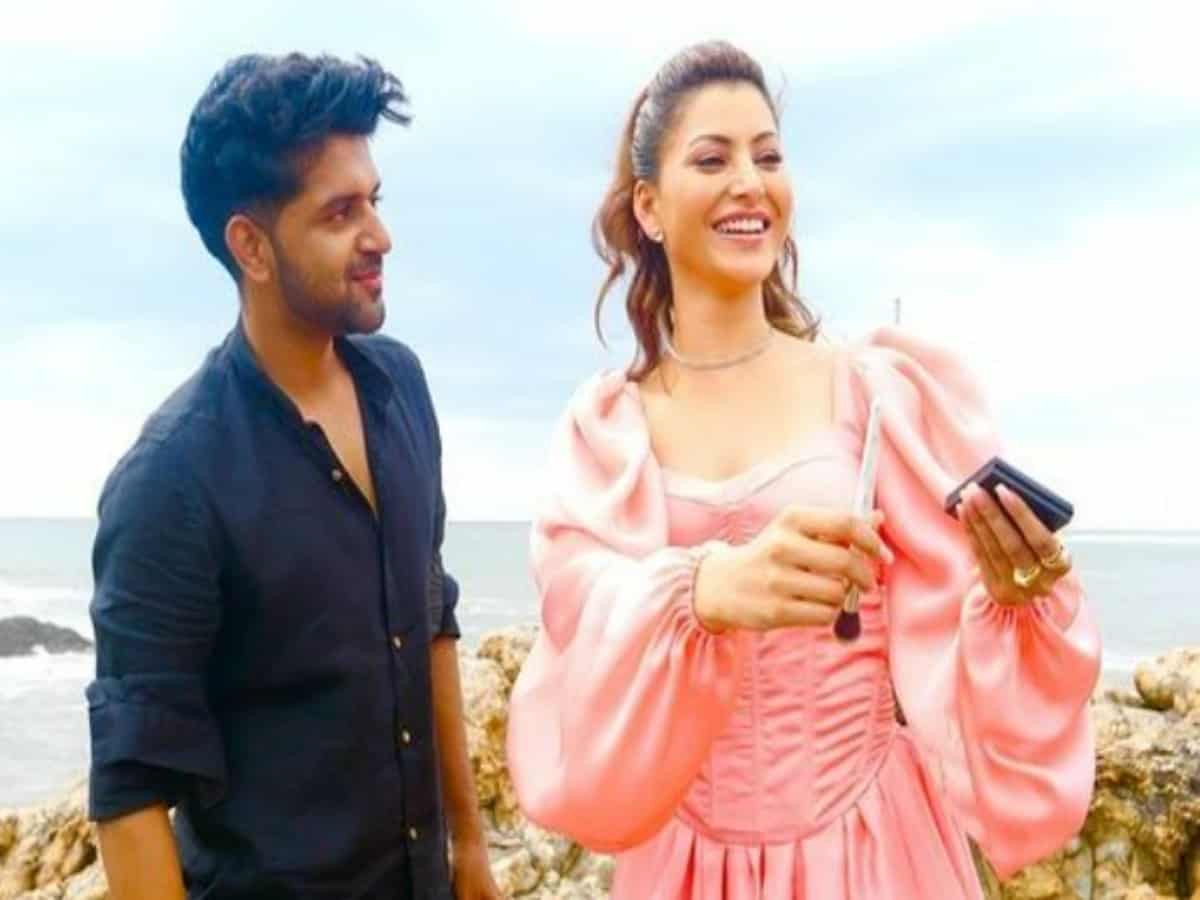 Urvashi Rautela worked in Guru’s new music video “Doob gaye” and the clip is to be from the set of the song.

In the clip, Guru is seen pointing at Urvashi and pronouncing the word “Rautela” with what appears to be a touch of comic swag.

“Is that a new style of pronouncing my surname Guru,” Urvashi wrote as caption with emojis of question marks and a lopsided grin.

“Doob gaye” has garnered over 40 million views on YouTube since it dropped on April 29.

The song, composed by noted singer B Praak and written by Jaani, is directed by Remo D’Souza.