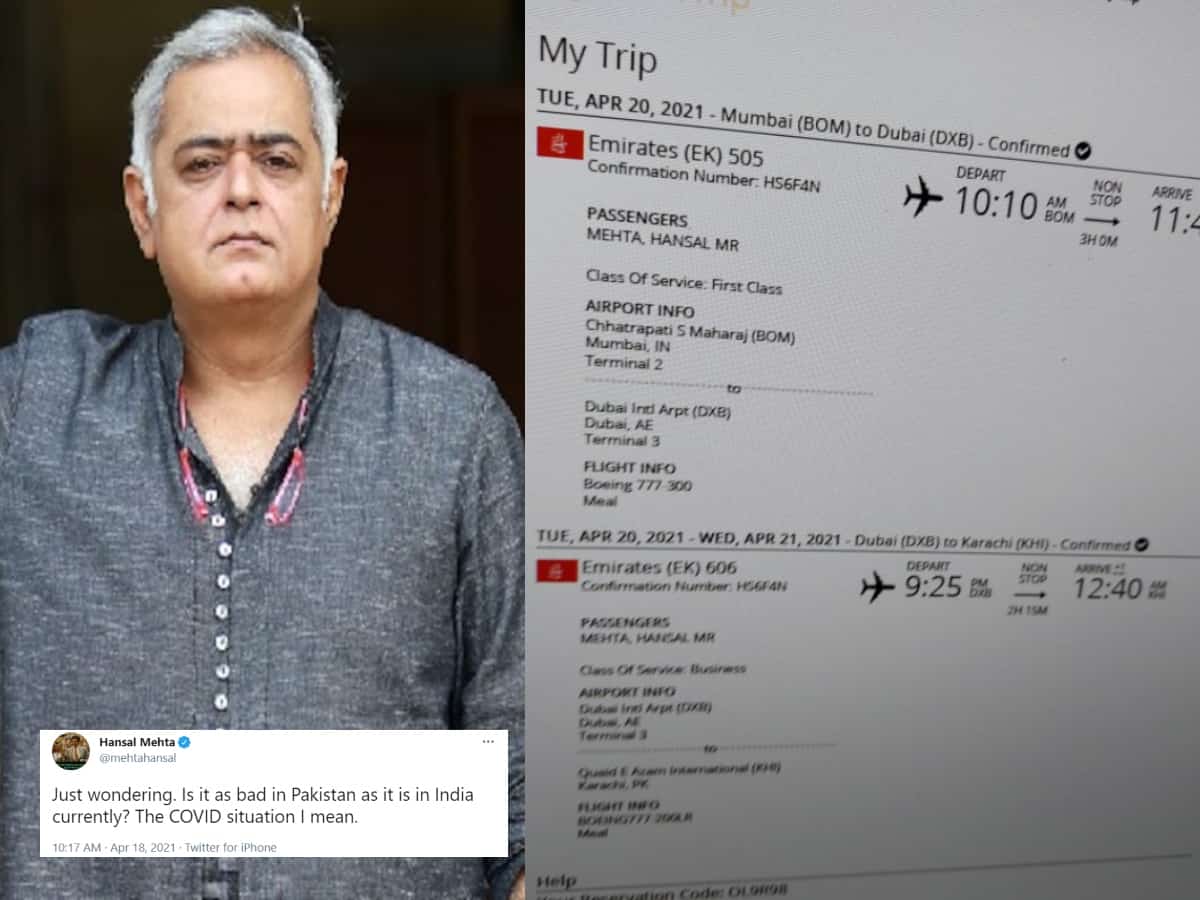 Mumbai: Bollywood filmmaker Hansal Mehta recently landed in trolls soup for comparing the COVID-19 situation in India with the neighboring country Pakistan. Hansal took to Twitter to question if the conditions were as bad in Pakistan as it is in the country.

Hansal Mehta’s tweet comes after the lockdown was imposed in several parts of India to fight the second wave of the novel coronavirus. However, his tweet did not go well with many who questioned his pointed jibe. One Twitter user even offered Hansal Mehta a one-way ticket to Pakistan if he agreed to move out of India permanently since he considered the situation in Pakistan to be better than India.

Taking to Twitter Hansal wrote: “Just wondering. Is it as bad in Pakistan as it is in India currently? The COVID situation I mean.” In reply, a user who went by the name Dev Mehta, wrote back: “I am willing to pay for first class one way ticket is you’re moving there permanently.”

In reply, Hansal wrote back: “Please send the ticket NOW. Or should I DM my bank details?” To which, the user replied: “Please do, but if you come back you will have to pay me 10 times the ticket amount.”

The Twitter exchange did not end there. Hansal continued saying, “Send the money first. Don’t put conditions,” to which, the said replied, “Condition was already laid out in the first tweet also I’m not joking.” The user also attached a screenshot of what he claimed to be an Emirates ticket booking page showing a Mumbai to Karachi flight via Dubai.

Hansal Mehta wasn’t one to give up so easily. He then tweeted a screenshot of the Emirates booking site, clarifying that there were no details of the booking, as claimed by the Twitter user. He even tweeted tagging Sharjah Police, the UAE Police and Emirates Airlines asking them to take action against Dev Mehta who has issued a fake ticket in their name.

The filmmaker wrote, “Dear @ShjPolice @UAEPoliceHQ Am reporting this person with handle @Dev73513666 whose name is allegedly Dev Mehta. He has issued a fake @emirates ticket, is inciting hate and issuing threats against Muslims. He claims to be based in Sharjah. Please investigate.”

Not just one user, but many of them including the official spokesperson of the BJP Mumbai, Suresh Nakhua, tweeted asking if Hansal plans to move to Pakistan.

Meawhile, Hansal’s wife and daughters have tested positive for COVID-19 just a couple of days ago. Taking to Twitter, he also urged people to wear a mask and asked everyone to stay indoors. On the professional front, Hansal’s latest release, Scam 1992: The Harshad Mehta Story, was a massive hit across the country.