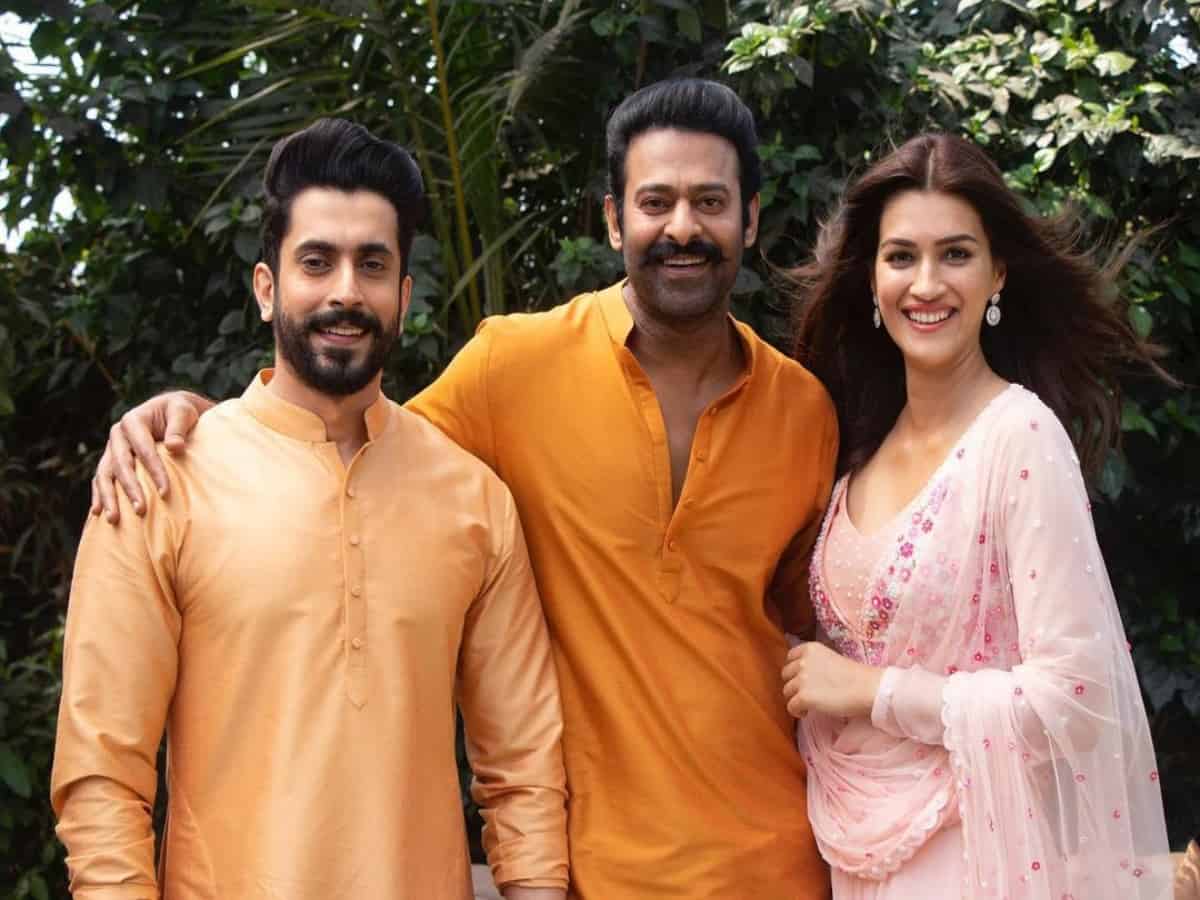 Mumbai: One of the highly anticapted upcoming mythological movie ‘Adipurush’, on boarded actors Kriti Sanon and Sunny Singh to play the roles of Sita and Laxman repectively. Earlier, it was confirmed that superstars Prabhas and Saif Ali Khan will be featured as Ram and Raavan repectively in the Om Raut’s directorial.

Kriti on Friday took to her Instagram and shared the news with her fans by posting pictures along with the cast and director of the film. Kriti captioned the post, “A new journey begins.. #ADIPURUSH. This one is too special… Proud, honoured, and beyond excited to be a part of this magical world.”

In the picture, she can be seen posing alongside director Om Raut, Prabhas and Sunny. Sharing the same picture on his Instagram Prabhas wrote, “Welcoming @kritisanon and @mesunnysingh to the #Adipurush family.”

Speaking about Kriti joining Adipurush, T-Series head Bhushan Kumar said, “When Kriti heard the script she instantly agreed for the part. On the other hand, Sunny fits the character perfectly. I am happy to have them on board.”

On the other hand, Om Raut said, “When I was casting for the female lead, I needed an actress who not only has an amazing screen presence but more importantly, is also a great performer. Kriti was our obvious choice for the film. Sunny is a great actor and we’re sure he will impress viewers with his performance.”

Produced by Bhushan Kumar, Om, Prasad Sutar, and Rajesh Nair, the film will be released in Hindi, Telugu, Tamil, Malayalam, and Kannada.