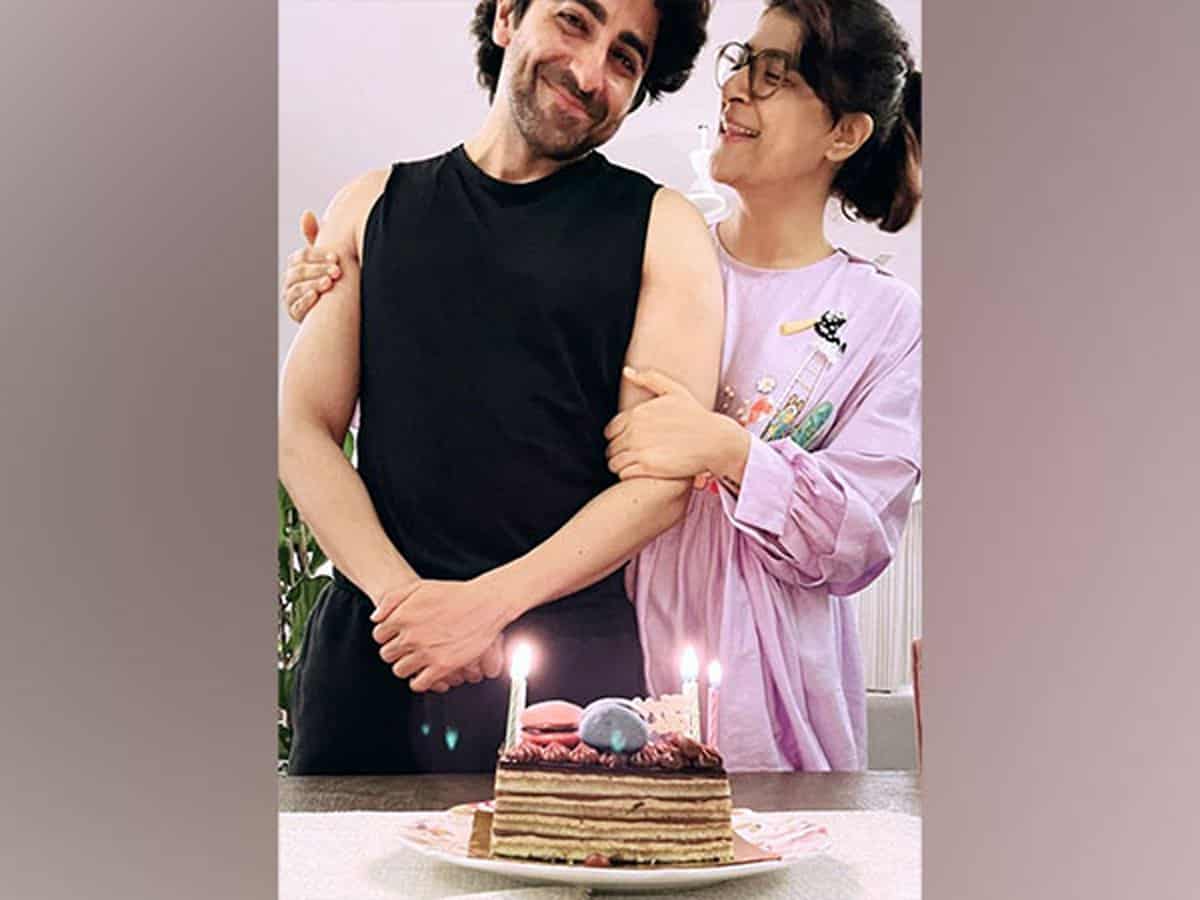 Taking to his Instagram stories, the ‘Stree’ actor gave a glimpse of his brother’s birthday celebration. 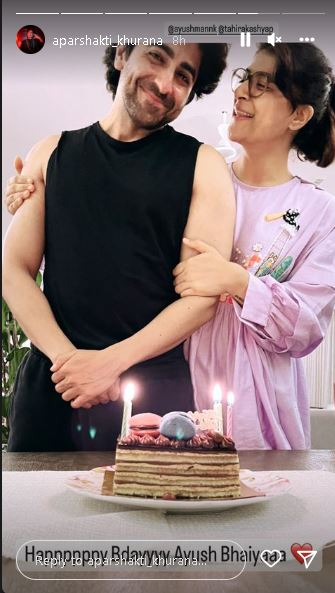 Sharing the picture, he wrote, “Happy Birthday Ayush Bhaiyaaa,” with a heart emoji.

In the picture, the birthday boy was dressed in a black vest that he paired with black joggers. On the other hand, his lady love was seen wearing a baby pink dress.

Tahira cutely looked at his hubby while Ayushmann struck a pose for a camera. In front of them, there could be seen yummy cake.

Ayushmann made his Bollywood debut with ‘Vicky Donor’ (2012), a film set against the background of sperm donation and infertility, themes that are often seen as taboos in Indian society.

The film was highly appreciated, and so were Ayushmann’s acting and singing skills.
From then on, he chose to be a part of and constantly handpicked such content films that stand out and spread a positive message to society.

Some of these social-comedies include ‘Shubh Mangal Savdhaan’ (2017) based on erectile dysfunction, ‘Badhaai Ho’ (2018) which revolved around the normalisation of sex and pregnancies in middle-aged or elderly couples, and ‘Article 15’ (2019) which was based on caste and gender issues in India.

Meanwhile, the ‘Article 15’ actor will be next seen in an action film ‘An Action Hero’ alongside Jaideep Ahlawat, which is slated to release on December 2, 2022. Helmed by debutant Anirudh Iyer.

Ayushmann will also be seen in Anubhuti Kashyap’s Doctor G.