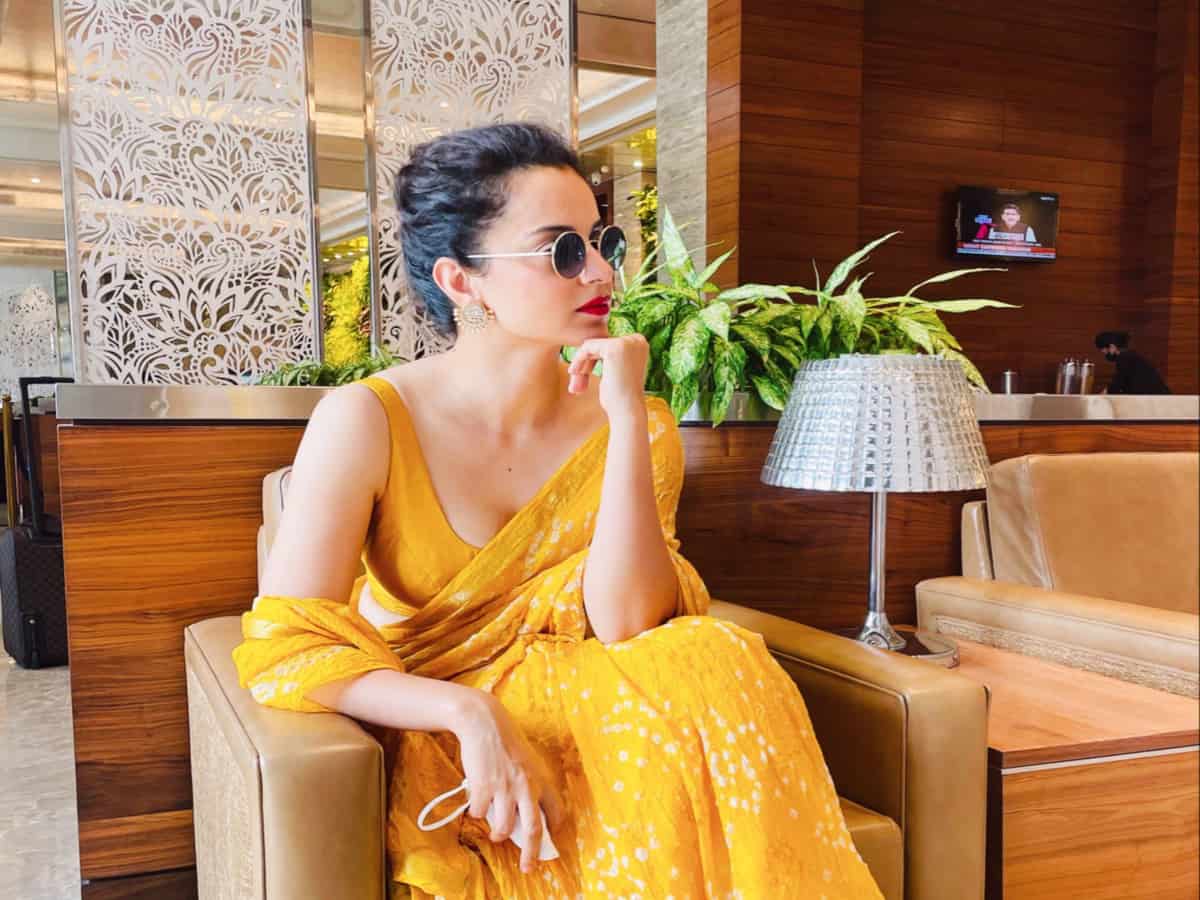 Mumbai: Actress Kangana Ranaut took to social media on Thursday to talk about her love for India.

She wrote about how you are an ‘ultranationalist’ if you try to work for the well-being of the country and its people.

Posting a picture of herself in a yellow sari on Twitter, Kangana wrote: “If you love your nation then you are a nationalist if you are obsessed with your nation, and every single action of yours is directed at its well being every penny that you spend you want your nation and it’s people to benefit then you are an ultranationalist #VocalForLocal.”

Kangana was also in the news on Wednesday for her tweet claiming that actors Akshay Kumar and others called her up to praise the trailer of her upcoming film “Thalaivi” secretively.

In the film, Kangana plays late former Tamil Nadu chief minister J. Jayalalithaa. It is scheduled to release in Hindi, Tamil and Telugu.

She is also shooting for her film “Tejas”, which is Sarvesh Mewara’s directorial debut.