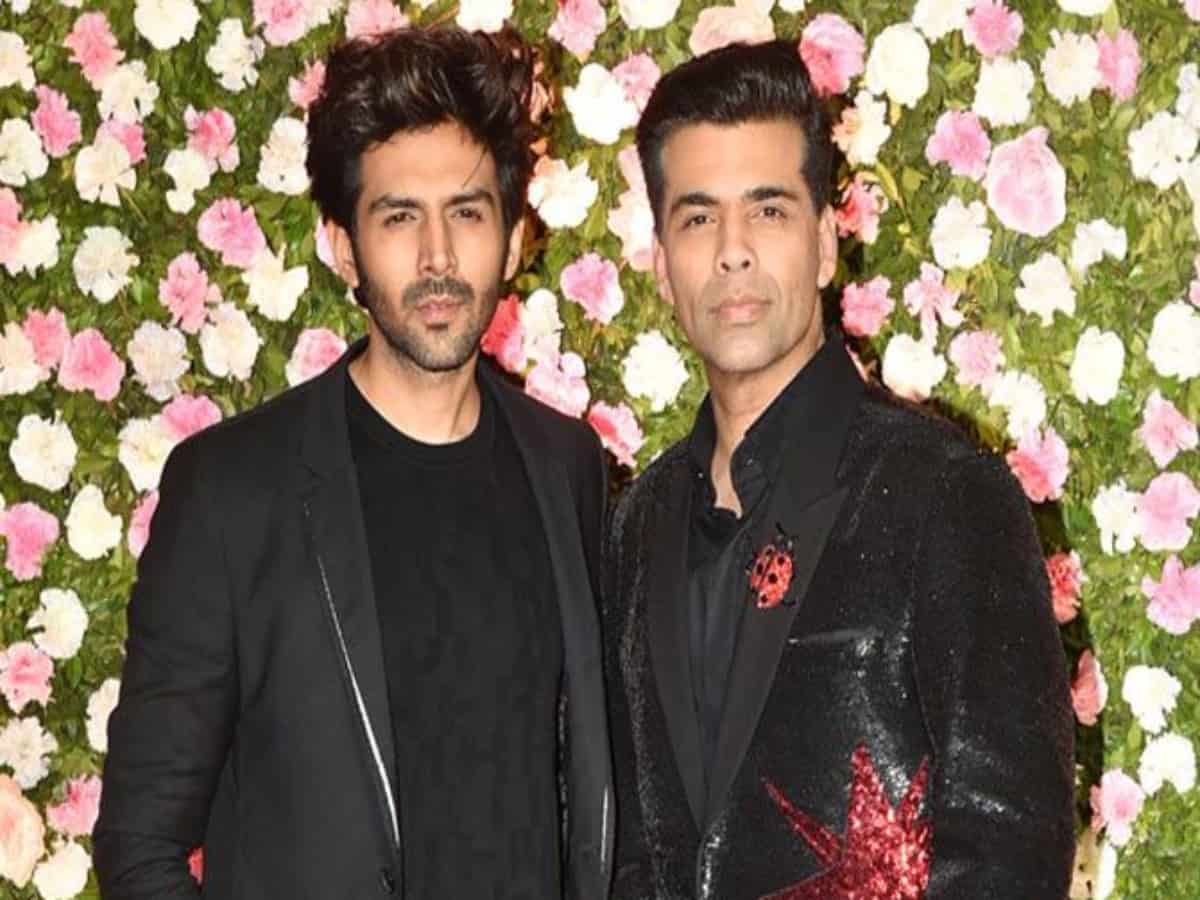 The last few days have been witnessing some debates and discussions on social media about what could possibly be the reason for Kartik Aaryan’s fallout with Karan Johar’s Dharma productions.

It was reported last week that Kartik Aaryan has been ousted from Dostana 2 by Dharma Productions due to the actors’ “unprofessional behaviour” and “creative differences”.

A section of netizens also compared Kartik Aaryan’s position with late Bollywood actor Sushant Singh Rajput, who was allegedly a victim of nepotism, saying Kartik is being targeted for not being an industry insider’s child, just like Sushant. Fans are also threatening to boycott “Dostana 2”.

Amid all the chaos, people were trying to come up with their theories and stories of why this could have happened. Now, a report by Bollywood Hungama suggests that fall out took place following a disagreement over Kartik’s fee hike for the film.

“Kartik Aaryan had come on board Dostana 2 in 2019 for a minimal amount of Rs. 2-3 crores, and at present his market value is upside of Rs. 10 crores. At first he asked Karan for a hike in his acting fees mid-way as his market value had gone up big time in the last two years. While Karan believed it was unprofessional on Kartik’s part to renegotiate the remuneration mid-way, he tried to compensate him with another film, Mr. Lele. Kartik also agreed to come on board the said film and was all charged up for a quirky ride. But to his surprise, he found himself replaced all of a sudden by Vicky Kaushal without being notified. Kartik was also upset with Dharma Productions when they gave Shashank Khaitan’s Yoddha to Shahid Kapoor. Although Shahid soon quit, they never approached Kartik for the role anyway,” an insider shared with Bollywood Hungama.

The insider continued further, “Meanwhile, Kartik continued giving reasons of the Covid 19 pandemic to not start shoot for Dostana 2 and Karan didn’t push him much either given their relationship. But when he shot for Dhamaka, Karan was upset. They had an indoor meeting where Karan expressed his disappointment.”

“Karan felt it was unprofessional on Kartik’s end to arm twist, and this finally led to a big fall out between the two, with things going ugly. Kartik on the other hand felt he was horribly underpaid for the job, as he was definitely the biggest selling point of the film and Karan was not keeping up his promise of a second film. Kartik also developed some issues with Janhvi Kapoor, due to their break up and it all culminated into a big fight, with money, like always coming in the center. All issues might have been resolved, but unprofessionalism took things to a different tangent and Karan was left with no choice but to oust him from Dostana 2.” the source added.

Dostana 2 is a sequel to Priyanka Chopra, Abhishek Bachchan and John Abraham starrer Dostana (2008) which was directed by Tarun Mansukhani. Dostana 2 cast also includes Janhvi Kapoor and TV actor Laksh Lalwani, making his feature film debut. It is being directed by Collin D’Cunha.