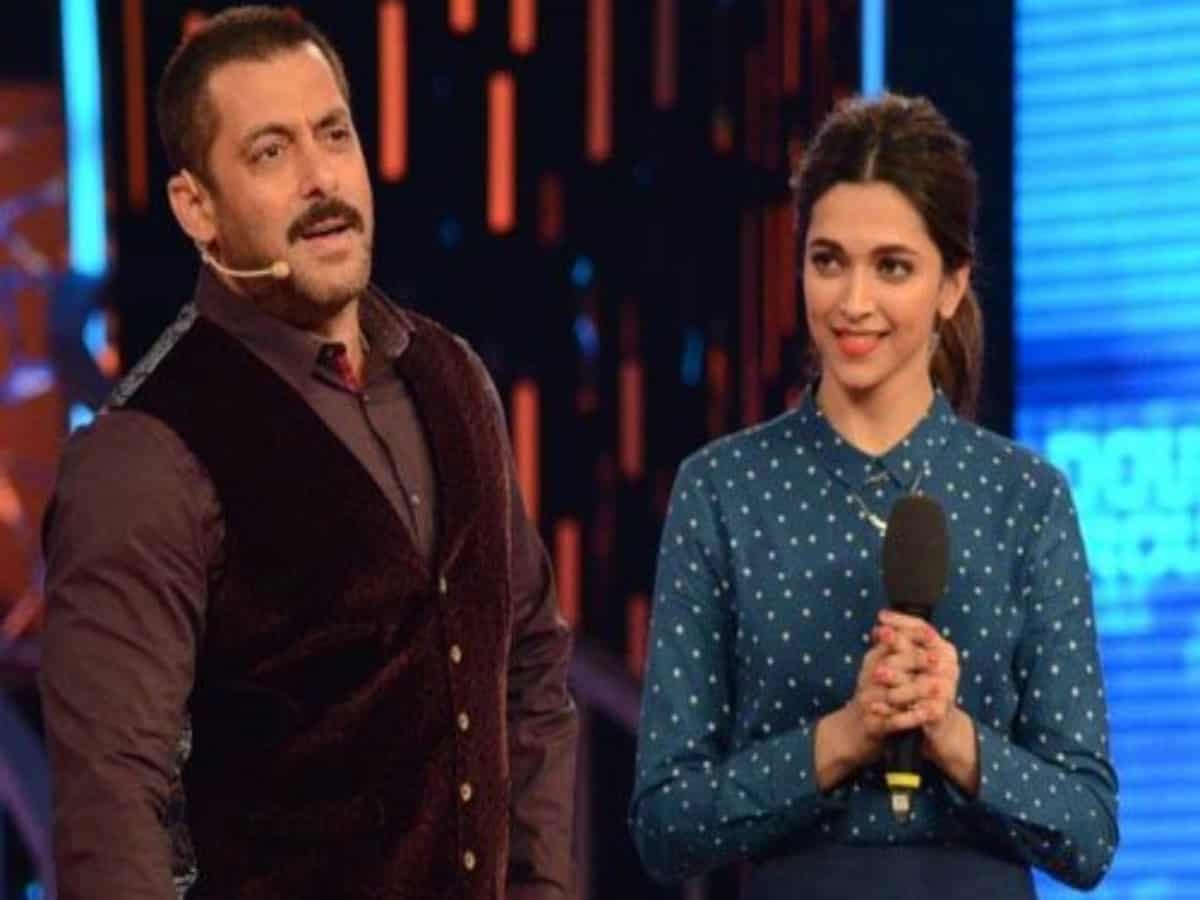 Mumbai: Actors Salman Khan and Deepika Padukone are one of the most celebrated and highest paid stars in Bollywood. Fans of the stars have been eagerly waiting to witness their sizzling chemistry on big screen since many years.

It has been rumoured that Deepika and Salman were paired opposite each other on several occasions, but projects kept falling apart.

According various reports, Deepika, who has worked with some of the finest actors in the industry, has rejected not just one but atleast six films opposite Salman. Deepika was reportedly offered to play lead role in Jai Ho, Prem Ratan Dhan Payo, Sultan, Kick and Shuddhi which both Salman and Deepika rejected.

And it definitely make you wonder why. Let us tell you.

It is known to all that Salman Khan never leaves no stone unturned to entertain the audience like never and his stardom is enough to make even a bad film a hit. It’s not secret that all of his films revolve around his character and there’s hardly any chance for other actors to showcase their acting skills. And which is perhaps the reason why the casting coup of bringing Salman and Deepika never materialized.

In an old interview with DNA Salman Khan opened up why he never got a chance to work with Deepika and said, “Deepika is a big star, so it has to be worth her while to do a film with me. Right now, there is nothing.”

“If it is meant to happen, it will happen no matter how hard you work on your dates. It will happen only if it has to,” she said.

Meanwhile, on the professional front, Deepika Padukone has an impressive line-up of projects in the pipeline including ’83’, ‘Baiju Bawra’, ‘Fighter’, ‘Sanki’, ‘Pathan’, and the Indian adaptation of Nancy Meyers’s 2015 hit Hollywood film ‘The Intern’

On the other hand, Salman Khan is waiting for the release of his upcoming film Radhe: Your Most Wanted Bhai which is slated to hit the screens on Eid this year, May 13. The film also stars Disha Patani, Randeep Hooda and Jackie Shroff among others in the other pivotal roles. Salman will also be seen in third part of Tiger franchise alongside Katrina Kaif and Emraan Hashmi. He also has cameo role in Shah Rukh Khan starrer Pathan.