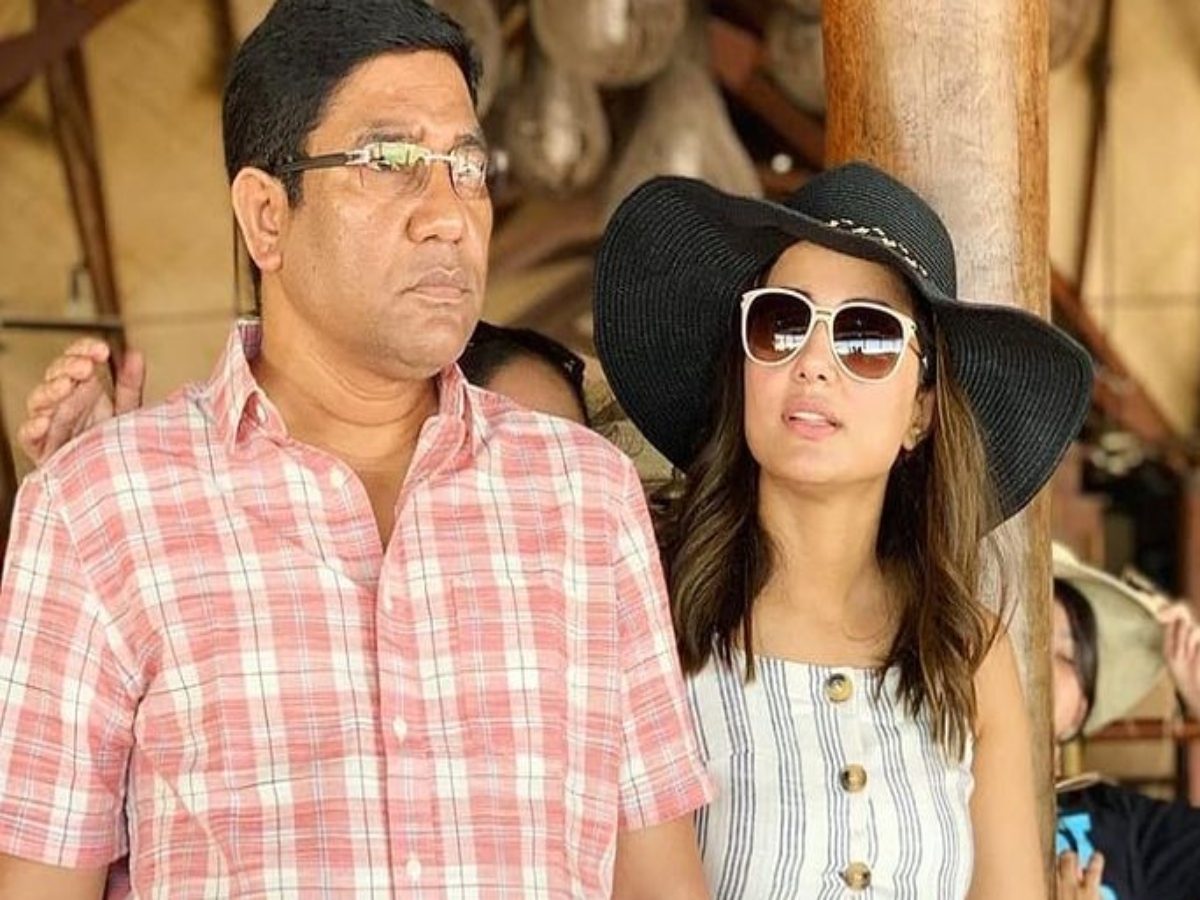 Mumbai: Television actress Hina Khan’s father died in Mumbai on Tuesday, April 20. He reportedly passed away after suffering cardiac arrest. No official statement has been released by the family yet.

Hina Khan, who was shooting in her hometown Kashmir for a music video, rushed back to Mumbai following her father’s demise. She was spotted at Mumbai airport on Tuesday night by the paparazzi. When the photographers surrounded Hina Khan for pictures and videos, the actress requested them to let her go.

The actress looked visibly upset in the video doing rounds on the Internet now. She asked the paps, “Please let me go,” repeatedly in the video. Someone can even be heard saying, “Face par light maar maar (Throw some light on her face),” while Hina tries to hide herself in her car.

Former Bigg Boss contestant and television personality Vikas Gupta has slammed paparazzi for hounding the actor at the airport. Sharing the video, Vikas Gupta wrote, “Someone has lost their father and is requesting you to let her go to her family but still someone shouts ‘face pe light maar’ and the pap doesn’t stop. @eyehinakhan was still being courteous extremely disappointed with the insensitivity shown here. RIP Uncle.”

Meanwhile, as soon as the news of Hina Khan’s father’s unfortunate demise started doing rounds on internet, many of her friends from the industry including Kanchi Singh, Eijaz Khan, Hiten Tejwani paid tribute to her father on social media.

Hina, who was very close to her father, would often share sweet father-daughter moments. The actress loved to give a glimpse of her family life and post moments with them. Be it travelling together, or just nok-jhok, Hina kept her fans entertained with her family moments.

Speaking about the work front, Hina Khan became a household name after playing the role of Akshara in the popular television show Yeh Rishta Kya Kehlata Hai. She also participated in television reality shows like Khatron Ke Khiladi season 8 and Bigg Boss 11. She was most recently as a Toofani Senior in the 14th season of Bigg Boss which was conlcuded in February this year.