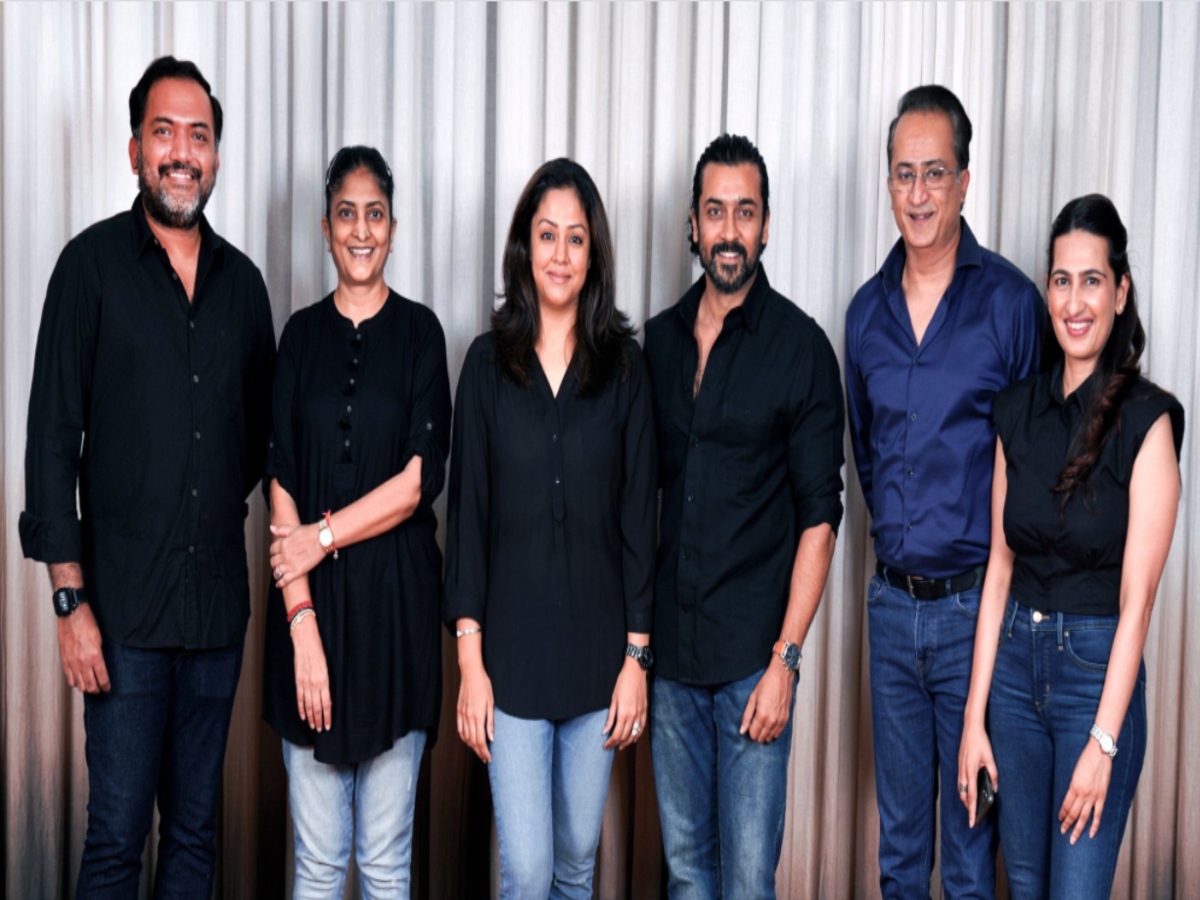 Mumbai, Jul 12 (PTI) Suriya-starrer “Soorarai Pottru” is getting a Hindi remake, which will be directed by Sudha Kongara who helmed the original film in Tamil.

Vikram Malhotra-led Abundantia Entertainment and 2D Entertainment led by Suriya, Jyothika Sadanah and Rajsekar Pandian will be partnering on the Hindi film, the makers announced on Monday.

“Soorarai Pottru (Praise the brave)” is the story of Nedumaaran Rajangam or “Maara”, played by Suriya, who sets out to make the common man fly and in the process takes on the world’s most capital intensive industry with the help of his family, friends and sheer will power.

The film, which was directly released on Amazon Prime Video in November 2020, was partly inspired by events from the life of Air Deccan founder Capt G R Gopinath.

Suriya said he is looking forward to the Hindi adaptation of “Soorarai Pottru”.

“The love and appreciation that was showered on ‘Soorarai Pottru’ was unprecedented! From the minute I first heard this story I felt this has to be a pan India film, because the soul of it was such.

“It gives me immense pleasure to partner with Abundantia Entertainment, who have always made quality content, to tell the inspiring story of Captain Gopinath in Hindi,” the actor-producer said in a statement.

Kongara, who is currently working on the script of the upcoming film with a set of writers, said she hopes the official Hindi remake also gets the same love as the original.

“I was instantly drawn to the story of ‘Soorarai Pottru’, the story of Captain Gopinath, an adventurous maverick and an inspiring entrepreneur who epitomised the New India of the 90s. I’m grateful for all the love we have received so far and look forward to telling this unique and amazing story in Hindi,” the director further said.

“When Sudha first came to me with the idea of telling the story of my journey, I instantly agreed because of the sincerity with which she wanted to make the film as well as about the possibility of my journey inspiring young entrepreneurs, especially from rural towns and villages with meagre resources to chase their dreams and passions. I have been overwhelmed with the response to ‘Soorarai Pottru’ and now eagerly look forward to the film’s Hindi adaptation,” added Gopinath.

Stories that leave an everlasting impact on the audience interest Abundantia Entertainment the most and the aim is to strive to do more than just entertain the fans, said Malhotra.

“We are excited to partner with Suriya, Jyothika and Rajsekar to bring the magic of ‘Soorarai Pottru’ to a newer and larger audience in Hindi and hope to continue delighting our fans with high-quality content. I am also thrilled to work with Sudha who we rate as one of the finest filmmakers in the country and can’t wait for her to take this story to fans of her work across the globe,” he added.

The casting for the Hindi remake is yet to be finalised.