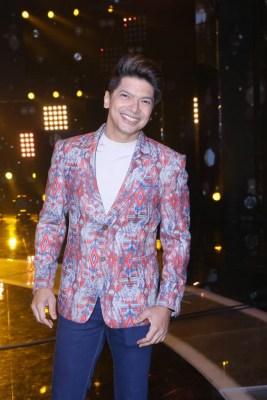 Mumbai: Singer Shaan has opened up on why Dil Chahta Hai will always be special for him.

“Dil Chahta Hai’s success was extremely important for me because till then I believed that something had jinxed my movie soundtracks. No matter how super hit my songs were at that time, the movies didn’t do so well at the box office. So, I was really hoping for this curse to break and that happened with Dil Chahta Hai,” he said, while opening up on his Bollywood playback career on the music show Indian Pro Music League (IPML).

Working on the film, he recalled, was fun. Farhan Akhtar, who made his directorial debut with the 2001 film, actually fooled the cast into believing the actor Saif Ali Khan had sung his part in the song Koi kahe kehta rahe, while it had actually been sung by Shaan.

“Farhan Akhtar, had a vision that every actor should have a separate voice for himself in Koi kahe kehta rahe. I was brought on board to sing Akshaye Khanna’s part in the song, but after the recording Farhan felt that my voice matches Saif Ali Khan’s more than Akshaye’s,” Shaan recalled.

“What followed was hilarious! He pranked everyone working on the movie, telling them that Saif himself has sung this song, and surprisingly people believed it. When everyone came to know the truth, they were stunned even more and that’s how I actually got the song ‘Woh ladki hai kahaan’ as well.”

Dil Chahta Hai starring Aamir Khan, Preity Zinta, Saif Ali Khan, Akshaye Khanna, Dimple Kapadia and Sonali Kulkarni had music by Shankar-Ehsaan-Loy and lyrics by Javed Akhtar. The film was one of the biggest hits of 2001.