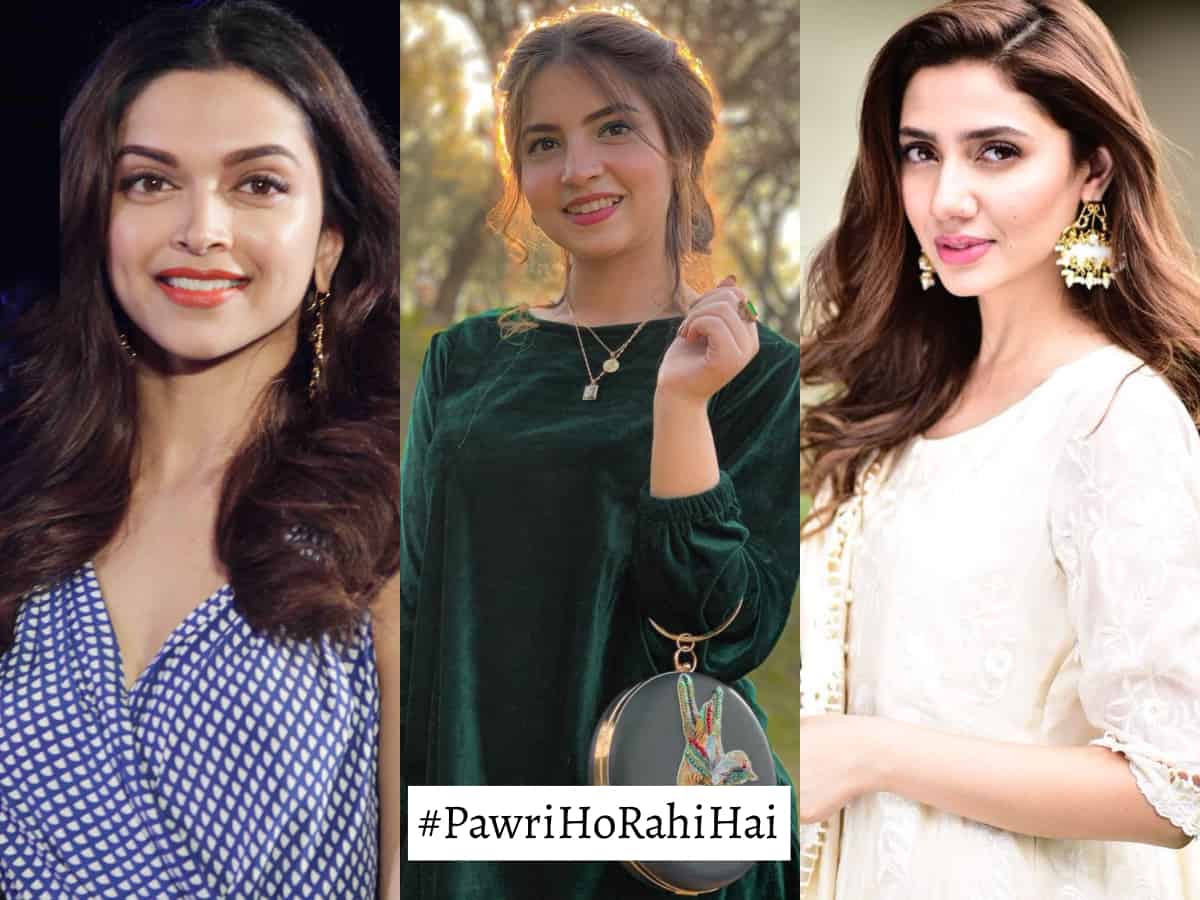 Hyderabad: On February 06, 19-year-old Pakistani social media influencer, Dananeerr Mobeen set the social media on fire after she dropped the ‘Pawri Ho Rahi Hai’ video on her Instagram. The video took no time to cross the border and went viral in India after musician Yashraj Mukhate created a mashup of it.

“Yeh hamari car hai, ye hum hai, aur yaha pe pawri ho rahi hai (This is our car, this is us, and there is a party going on here),” these three lines created a storm of sorts on the internet.

It became viral in no time, so much so that, people from both India and Pakistan including the celebrities are coming together with their own versions of it.

If Indians want to rant something on the current fuel prices, the meme would transform to ‘lootai ho rahi hai’; if Pakistanis want to rage on their inflation, they turn to PM Imran Khan driving a car and saying ‘tabahi ho rahi hai’.

Sharing the video on Instagram, she said that she’s poking fun at ‘burgers, who come to visit the northern mountainous parts of Pakistan on holiday. Pakistanis use the term ‘burger’ to describe the rich elites who may have studied or worked outside Pakistan and speak with an American or British accent.

Though India and Pakistan are divided by borders and politics, it appears the viral ‘Pawri Ho Rahi Hai’ video has united the people across both nations.

The video, probably, did what the governments of the two countries have failed to do. Amid the ever-existing animosity between the two countries, this video became a reason of pleasant bonding between all. As they say, laughs shared never go in vain.

If you look at TikTok it will show how the meme has been recreated by the rural as well as urban youth; follow the hashtag on Twitter and you will see boys and girls, uncles and aunties do the pawri across both the countries; switch to television and anchors are using the three magical lines to begin their talk shows. You can barely spend a moment without someone uttering pawri ho rahi hai after opening your mobile phone.

Both Pakistani and Indian stars–Deepika Padukone to Mahira Khan, Randeep Hooda to Pakistan cricket team, no one could get enough of the bandwagon. Scroll down to see how celebrities are enjoying the viral trend to the fullest.