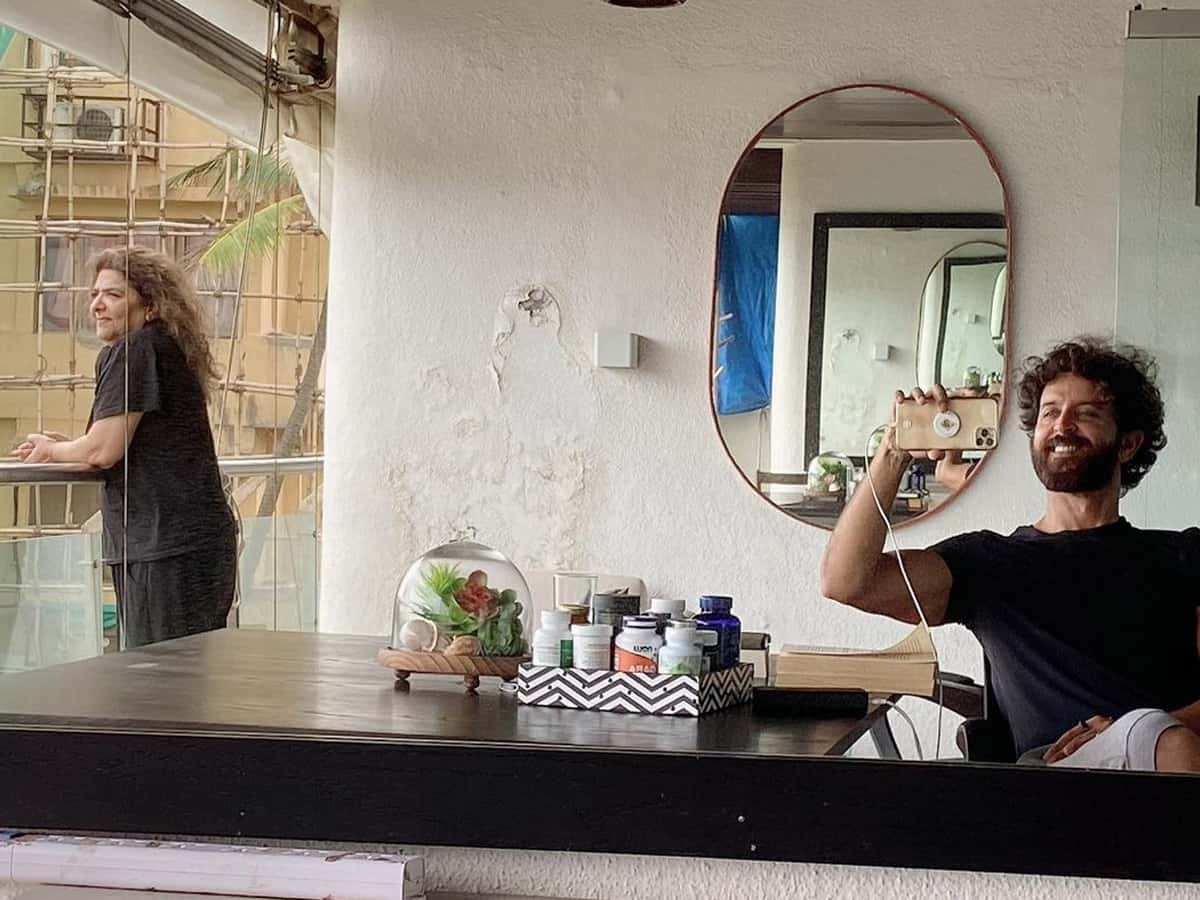 Mumbai: Superstar Hrithik Roshan’s honest reply to a social media user who spotted a damp wall in his house picture is winning hearts all over the internet and fans can’t get enough of his kindness.

The ‘War’ actor on Wednesday took to his Instagram handle and gave a glimpse of his breakfast date with his mother.

In the image, Hrithik can be seen seated at a table while his mom is soaking in the sunshine on her balcony.

“On a lazy breakfast date with my mum. It’s a good morning. Sunday feels on Wednesday are best. Now go give your mom a hug,” he captioned the post.

Soon after sharing the picture, netizens chimed into the comment section of the post and poured in love for the mother-son duo.

However, a social media user spotted a damp wall in the background of the snap, and commented, “Gaur se dekhie Hritik roshan ke ghar me silan,” with crying emoticons.

The ‘Kaabil’ actor was quick to take notice of the comment and instead of ignoring it, he replied the user by writing, “Filhaal ghar bhi rent par hai. Apna ghar le raha hu bahut jald (Right now even the house is on rent, I am buying my own house soon.”

Scores of fans chimed to the comments section and appreciated the star for her generosity to her admirers. One fan wrote, “One of the infinite reasons I love you”. While, another wrote, “ayyye hyy ek dam jahar reply Sir.”

Meanwhile, on the work front, Hrithik will be next seen in ‘Krrish 4’. Directed by Rakesh Roshan, ‘Krrish’ is a sequel to the 2003 movie ‘Koi…Mil Gaya’. The film starred Priyanka Chopra Jonas opposite Hrithik while ‘Krrish 3’ featured the duo along with Kangana Ranaut.

He will also be seen in the much-awaited film ‘Fighter’, co-starring opposite Deepika Padukone. The film, which is touted as India’s first aerial action franchise, is being helmed by Siddharth Anand and produced by Ajit Andhare (Viacom18 Studios), Mamta Anand, Ramon Chibb and Anku Pande.