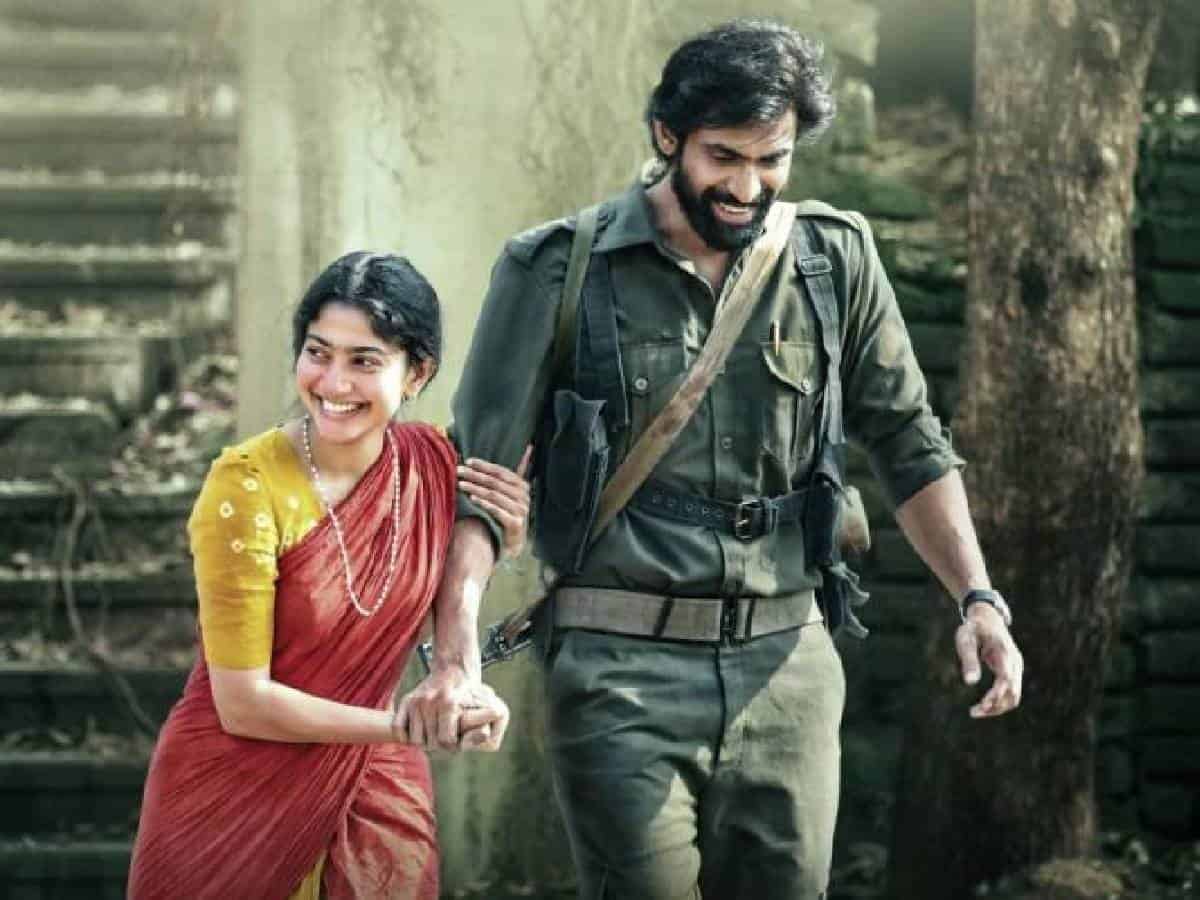 Hyderabad: Rana Daggubati and Sai Pallavi’s latest film Virata Parvam, which released on June 17 and is being well-received by the audience, has found itself in legal trouble.

According to latest reports, Vishwa Hindu Parishad’s leader K Ajay Raj on Saturday evening lodged a complaint in the Sultan Bazar Police station in Hyderabad against Shifali Kumar, a censor board official who had given permission for the film Virata Parvam.

Reportedly, he said that the film encourages Naxalism and questioned how the movie which is representing a banned organization was allowed to release. He further objected that it is a means of seducing youth into violence.

In the official police complaint, he sought a ban on the film as it is a breach of ‘peace and security’. He also said that there were scenes where the police were insulted, reports said.

Directed by Udugula Venu, Virata Parvam is a love story set against the backdrop of the Naxalite movement that took place in the Telangana region in the 1990s. The film tells the story of Sai Pallavi’s character Vennala, a young woman who is in pursuit of her love with Rana Daggubati’s character Ravi Shakar, a Naxal leader.

Recently, a Bajrang Dal activist had lodged a complaint against Sai Pallavi in Sultan Bazar Police station for hurting religious sentiments during an interview she had done while promoting Virata Parvam. Following this, she also issued an official clarification.