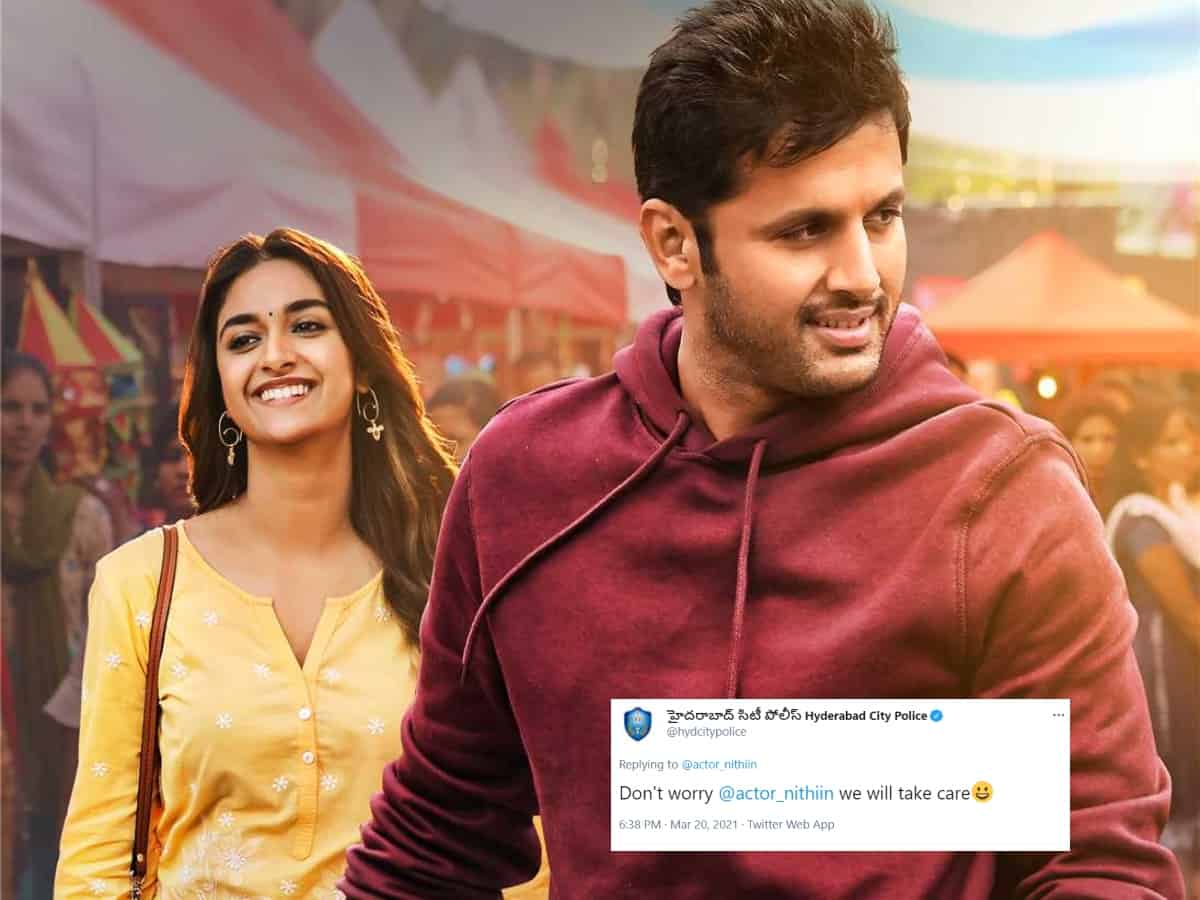 Hyderabad: Tollywood actor Nithiin, who is currently prepping up for the release of his upcoming movie ‘Rang De’, recently joked about movie’s leading lady Keerthy Suresh. The actress is missing from the movie’s promotions as she is busy with her shoot schedules.

Taking to Twitter, Nithiin shared an unseen passport size photo of the actress from her college days and requested her to return from wherever she is for Rang De promotions. “MISSING KANABADUTALEDHU.. Dear anu, Please contact us for more information on RANG DE promotions.”

Directed by Venky Atluri, Rang De is all set to hit the screens on Mrach 26th. Nithiin plays the role of Arjun while Keerthy will be seen as Anu. The trailer of the film was released recently and it promises wholesome entertainment. Going by the trailer, Nithiin gets trapped into the married life with Keerthy Suresh. Then, the real fun begins. Recently, at the Kurnool pre-release event, Nithiin said that Rang De is a pure love story and it will surely win the love of the audience.