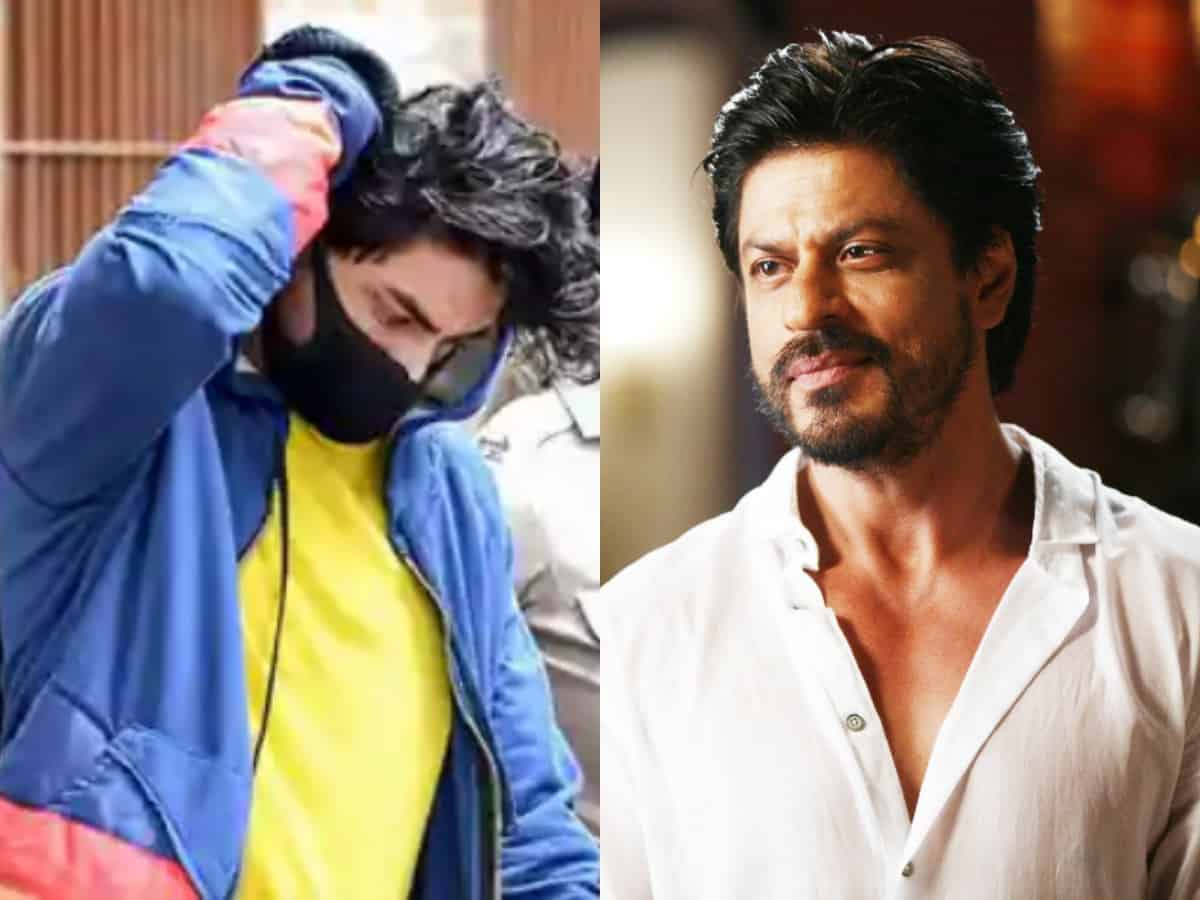 Mumbai: Days are getting tough for Shah Rukh Khan and his family as the ongoing turmoil doesn’t seem to end anytime soon. His 23-year-old son Aryan Khan’s bail was rejected on October 20 for the second time by court in connection with the cruise ship drug case. Aryan is currently in Arthur Road jail and reportedly Bombay High Court today gave a date of October 26 for hearing of his bail application.

On Thursday morning, SRK visited the prison where he was allowed to meet his son for sometime. According to a Peeping Moon report, the father-son duo spoke for nearly 18 minutes in the presence of jail authorities.

Shah Rukh and Aryan sat across one, reportedly with a glass partition between them, talking on the intercom at Arthur Road Jail. After remaining silent for sometime, SRK could not stop the tears from flowing. Looking at his devastated father, Aryan too started crying, sources informed the newsportal.

Aryan reportedly told his father, “I am sorry.” SRK replied, “I trust you… I am sorry.”

It was earlier reported that, SRK has been restless ever since his son’s arrest. He is neither eating nor sleeping well. As per a few reports, even Aryan’s mother Gauri Khan has instructed to her home staff to not cook anything ‘sweet’ until his son arrives home.

Aryan Khan was was arrested in connection with the alleged seizure of banned drugs from a cruise ship off the Mumbai coast earlier this month. The NCB today raided SRK’s Bandra bungalow Mannat hours after he visited Aryan in jail.