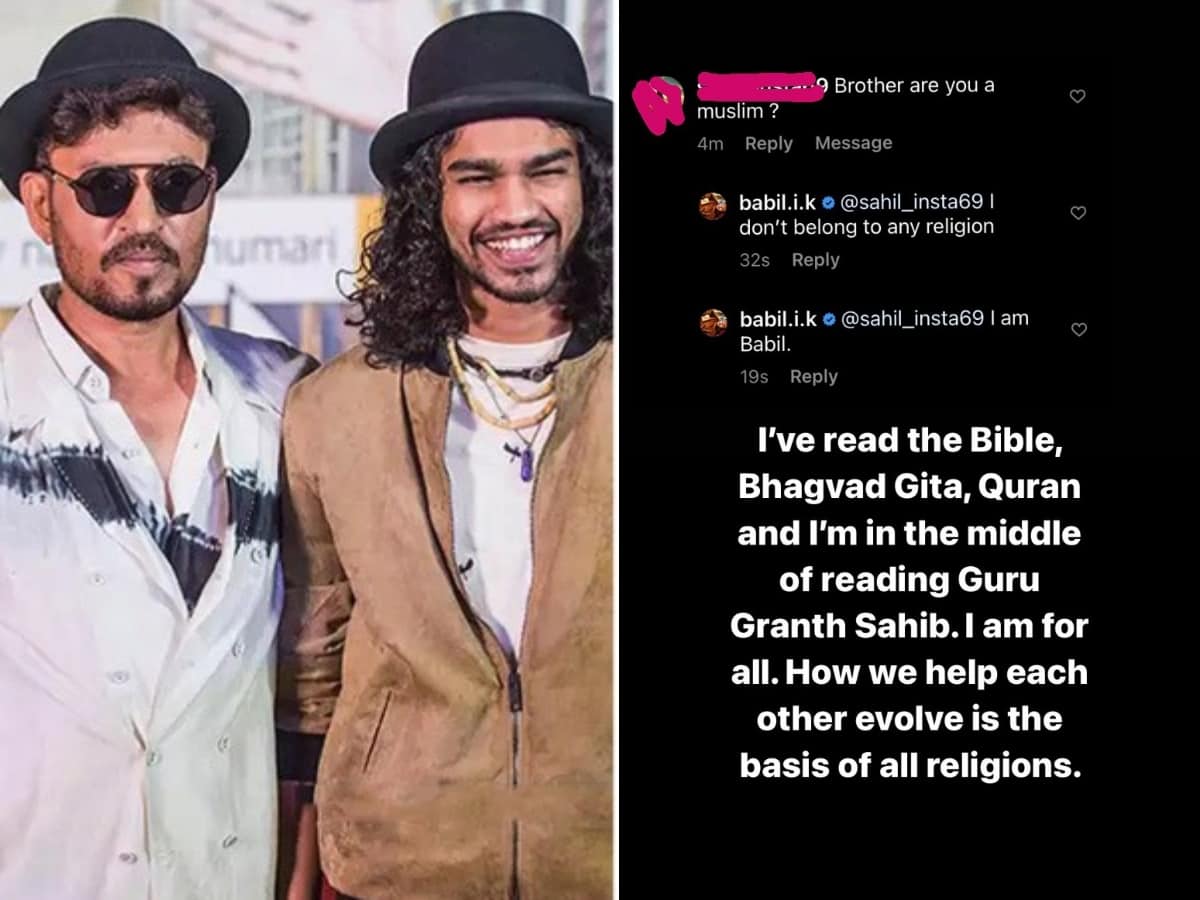 Mumbai: Late actor Irrfan Khan’s son Babil, who is currently prepping up for his Bollywood debut, is an avid social media. His Instagram account is full of his father’s memories and anecdotes of his life. He frequently replies to the questions of his fans on social media.

On Saturday, Babil took to his Instagram and gave a thoughtful reply to a fan who asked the actor about his religion. He said that he does not identify with any religion and is ‘for all’.

Taking to Instagram Stories, Irrfan Khan’s son Babil Khan shared a screenshot of a comment, which asked, “Brother are you a muslim?” In his replies, he wrote, “@sahil_insta69 I don’t belong to any religion,” followed by, “@sahil_insta69 I am Babil.”

Babil also added, “I’ve read the Bible, Bhagvad Gita, Quran and I’m in the middle of reading Guru Granth Sahib. I am for all. How we help each other evolve is the basis of all religions.”

However, this is not for the first time that Babil had spoke about his religion. Earlier, Babil has talked about being ‘raised as a man without a religion’. “I have enjoyed the festivities of Diwali and Holi and Raksha Bandhan and Eid and I’ve also been to a church and paid my respect,” he replied to an Instagram user last year. “I LOVE PEOPLE, I’m trying to stand FOR PEOPLE,” he added.

Meanwhile, on the professional front, Babil is all set to make his acting debut with Netflix movie ‘Qala’ which also stars Triptii Dimri. Apart from this, he will also be seen in a film directed by Shoojit Sircar.