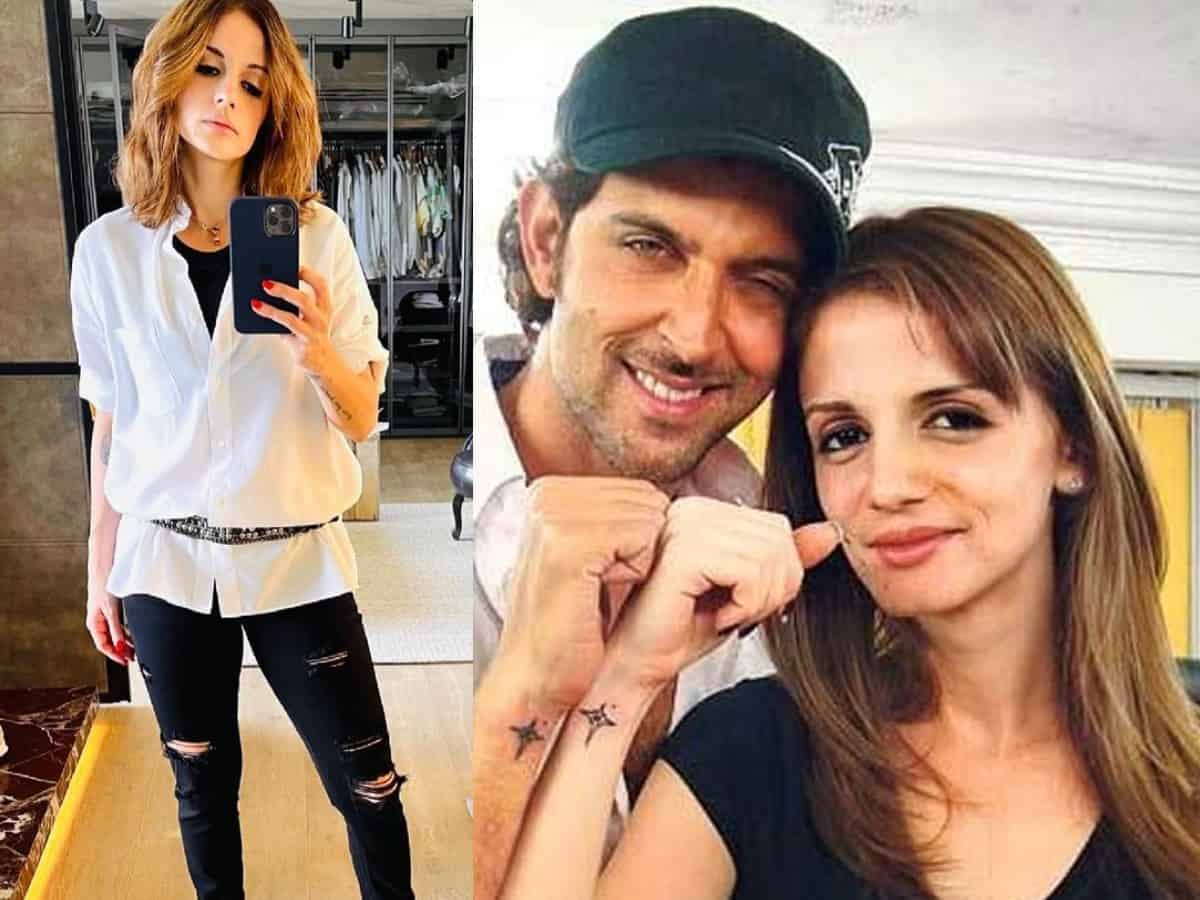 Mumbai: Ace interior designer and Hrithik Roshan’s former wife Sussanne Khan recently took to her Instagram and shared two pictures of herself in white shirt and a pair of black ripped jeans. In the post, she can be seen showing off androgynous swag.

Well, it was her caption that grabbed the attention of her friends and fans. Sharing a collage of two mirror selfies, she wrote, “Sometimes in my head.. I think I am a boy… #wednesdaymood #genderfluid,” Sussanne wrote in her caption.

Sussanne’s gender-defying look drew praise from her ex-husband, actor Hrithik Roshan. “Hahaha nice pic,” he commented on her post, along with a clapping emoji. Actor Raveena Tandon wrote, “That’s with most Scorpio women.” She added ‘hands raised in celebration’, heart-eyes and kiss emojis.

In December last year, Sussanne constantly made headlines for her arrest reports. It was reported that Sussanne was arrested at a nightclub in Mumbai for violating COVID-19 protocol. However, she took to social media to issue a clarification, slamming the ‘completely incorrect’ and ‘irresponsible reports.

Hrithik Roshan and Sussanne Khan tied the knot in 2000 after years of dating. They became proud parents to Hrehaan in 2006 and Hridhaan in 2008. The couple, however, headed for divorce and parted ways in 2014. They had temporarily moved in with Hrithik during the lockdown so that they could co-parent their sons together.