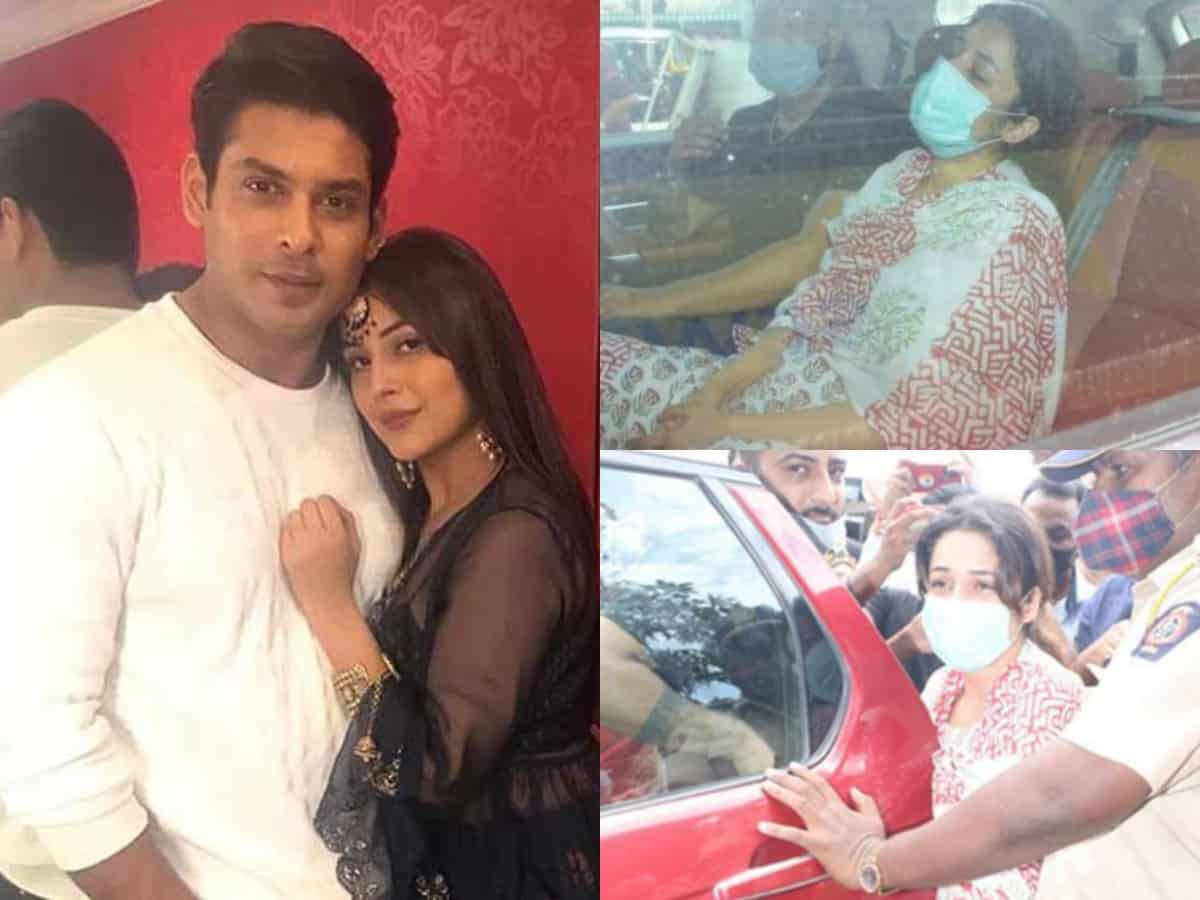 Mumbai: Actor Sidharth Shukla’s funeral is being held in Oshiwara crematorium in Juhu, Mumbai. The actor and Bigg Boss 13 winner, who starred in several popular shows passed away on 2nd September after suffering a heart attack. He was 40.

Many of Sidharth’s colleagues, relatived and friends from the entertainment industry including Asim Riaz, Arjun Bijlani, Arti Singh, Vikas Gupta, Aly Goni, Rashami Desai were seen at the crematorium.

Sidharth’s rumoured girlfriend Shehnaaz Gill also arrived at the crematorium for the actor’s last rites. His ladylove was inconsolable! Heartbreaking pictures and videos of Shehnaaz are going viral on social media. Take a look at them below:

Sidharth Shukla and Shehnaaz Gill were one of the most adored couples inside Bigg Boss 13‘s house. They were largely referred to as ‘Sidnaaz’ by their fan army. Recently, the duo also graced the stage of dance reality TV show, Dance Deewane 3 and Bigg Boss OTT hosted by Karan Johar.

Sidharth Shukla began his career in showbiz as a model and made his acting debut with a lead role in the television show “Babul Ka Aangann Chootey Na”. He later went on to appear on shows such as “Jaane Pehchaane Se… Ye Ajnabbi”, “Love U Zindagi” but became a household name with “Balika Vadhu”. He was known for being fit and had even won the reality show, ‘Fear Factor: Khatron Ke Khiladi 7’. He also hosted ‘Savdhaan India’ and ‘India’s Got Talent’.