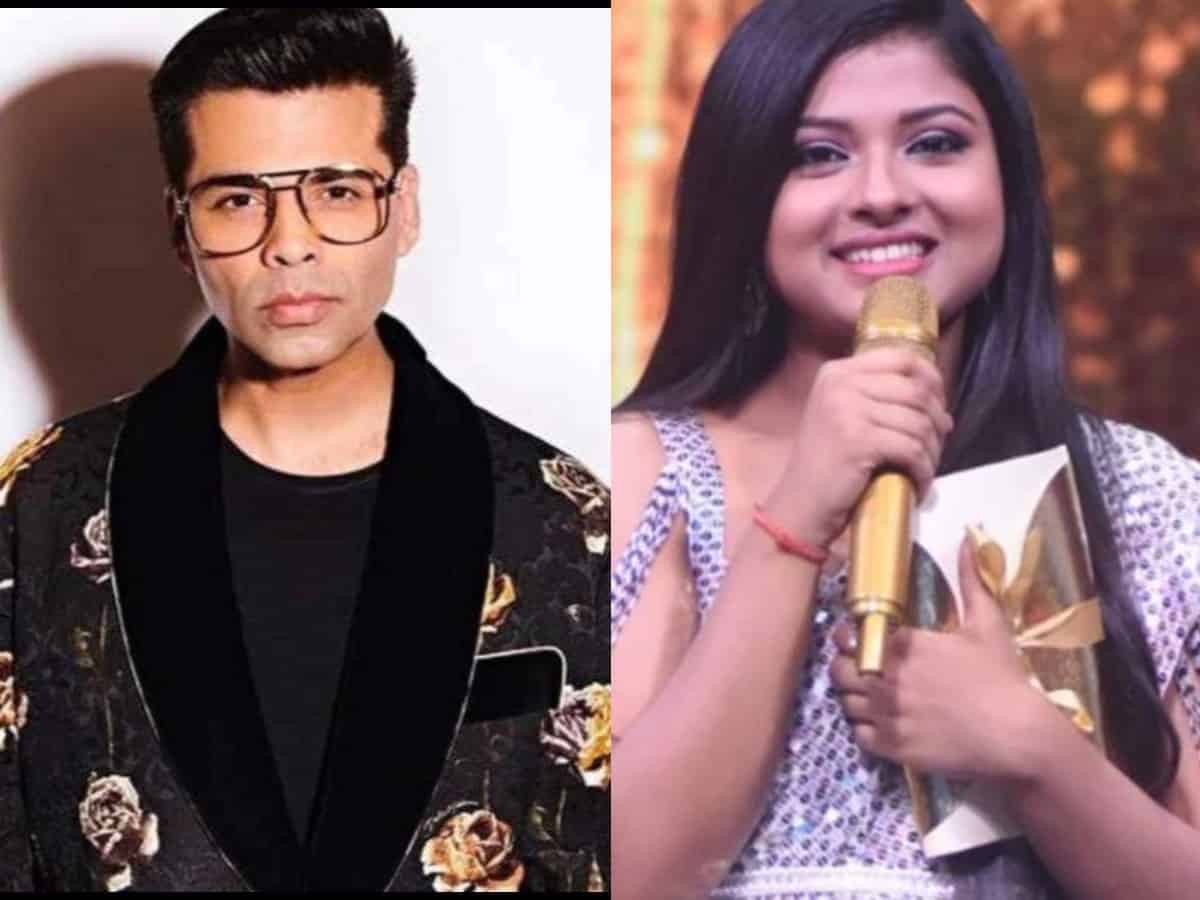 Mumbai: Indian Idol 12 will gets its winner on August 15. The historic grand finale will run for 12 hours on Independence day next week. Ahead of finale, the show will conduct its semi-finale this weekend which will have Karan Johar as the special judge.

Promos and pictures from the special night are already viral on social media. However, this episode is going to be extra exciting for one of the finalist Arunita Kanjilal. In a promo shared by Sony TV on social media, Arunita can be seen crooning Kalank’s title song, leaving the filmmaker mesmerised. He even compares the talented singer with Lata Mangeshkar and calls her ‘suron ki rani’.

The second teaser sees Arunita Kanjilal singing the title track of Kabhi Khushi Kabhi Gham. Karan tells her that he has become a fan of her and then goes on to welcome her to the Dharma family.

Handing her a personalised note, the filmmakers told the young singer, “I want to tell you from the bottom of my heart that I want to welcome you to the Dharma family. I want to come and give a small confirmation note from my end. I have written it from my heart that this year, I want to make you sing a song and, I hope that the song deserves you. You know, more than you deserving the song, I hope the song deserves you.”