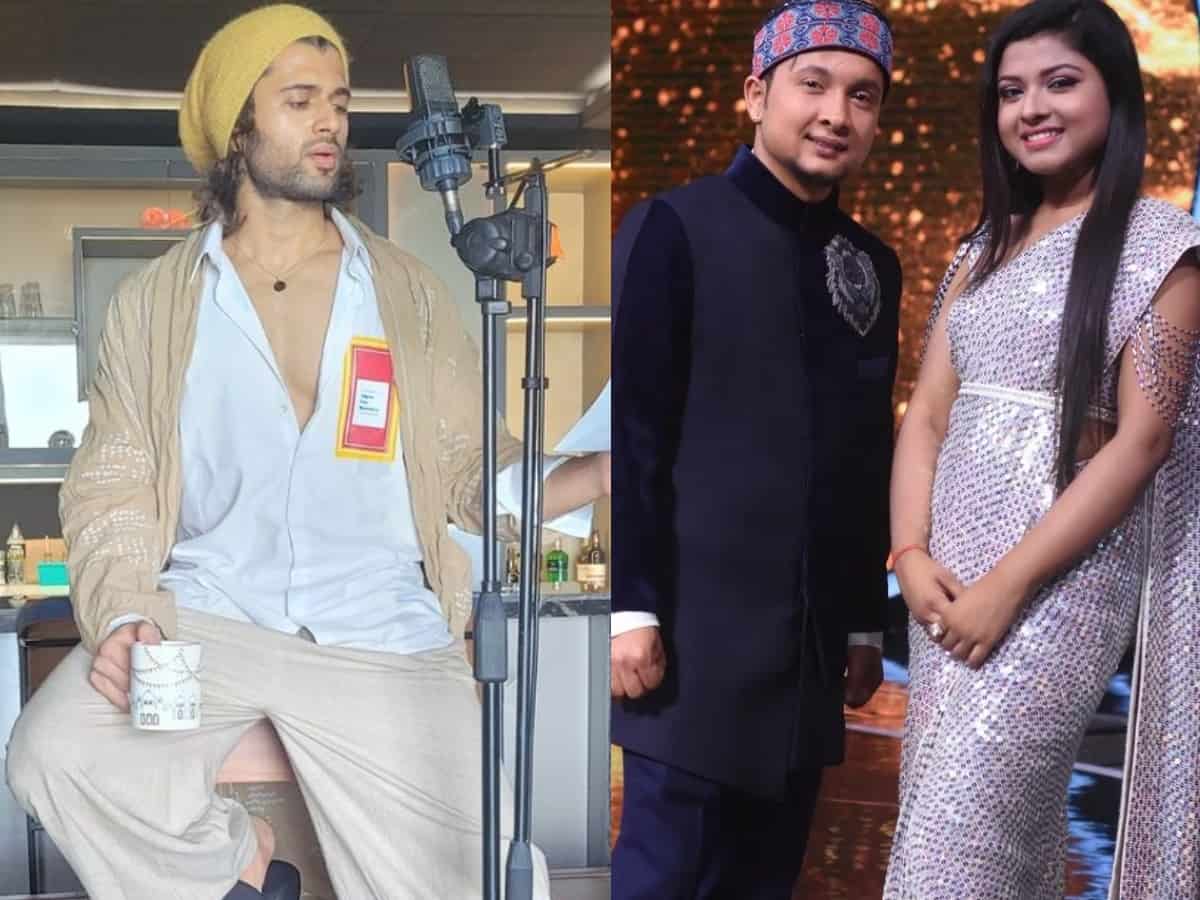 Mumbai: Fans of Indian Idol 12 are waiting with a bated breathe to know the name of the winner of this season. Pawandeep Rajan, Arunita Kanjilal, Shanmukha Priya, Mohd Danish, Sayli Kamble and Nihal Tauro are the top 6 finalists of the season. While many reports regarding the historic grand finale are floating online, we came across another interesting scoop about the special episode.

Vijay Deverakonda to grace the show

According to Bollywood Life report, nations’ heartthrob Vijay Deverakonda, who is all set to make hi Bollywood debut with Liger, will be gracing the show. The actor has found a huge following in non-South Indian regions and he is being touted as the next big Pan India star. It is also being said that, he will not be present physically in the finale but will join in through a video call and encourage the top 6 finalists.

A few reports are suggesting that the makers might surprise the audience with not just one but two winners this year. This will be the first time when a show will get two winners instead of one. Going by the social media trends, netizens have already got their top 2– Pawandeep Rajan and Arunita Kanjilal. Fans are in full support of both the participants and are making sure that they win the crown.

The official confirmation regarding the same from the makers is still awaited.

Speaking about the same, in one of the his interviews, Pawandeep said, “We cannot say that Arunita and I will win together. If the makers are thinking about having two winners this time, it will truly be historical since it has never happened before. The show is already creating history by hosting a 12-hour long grand finale, having two winners lift the trophy will add another feather.”

Indian Idol 12 finale will be held on Independence Day. It is a 12 hour long affair. Apart from him, other celebrities like Kiara Advani, Sidharth Malhotra and The Great Khali will also be seen in the great grand finale of the show. Former Indian Idol winners and contestants, veteran singers Alka Yagnik, Udit Narayan, Kumar Sanu, Sadhana Sargam and others will be a part of the show. They will sing some of the hits of the 90s. It looks like a memorable musical extravaganza for the audience.