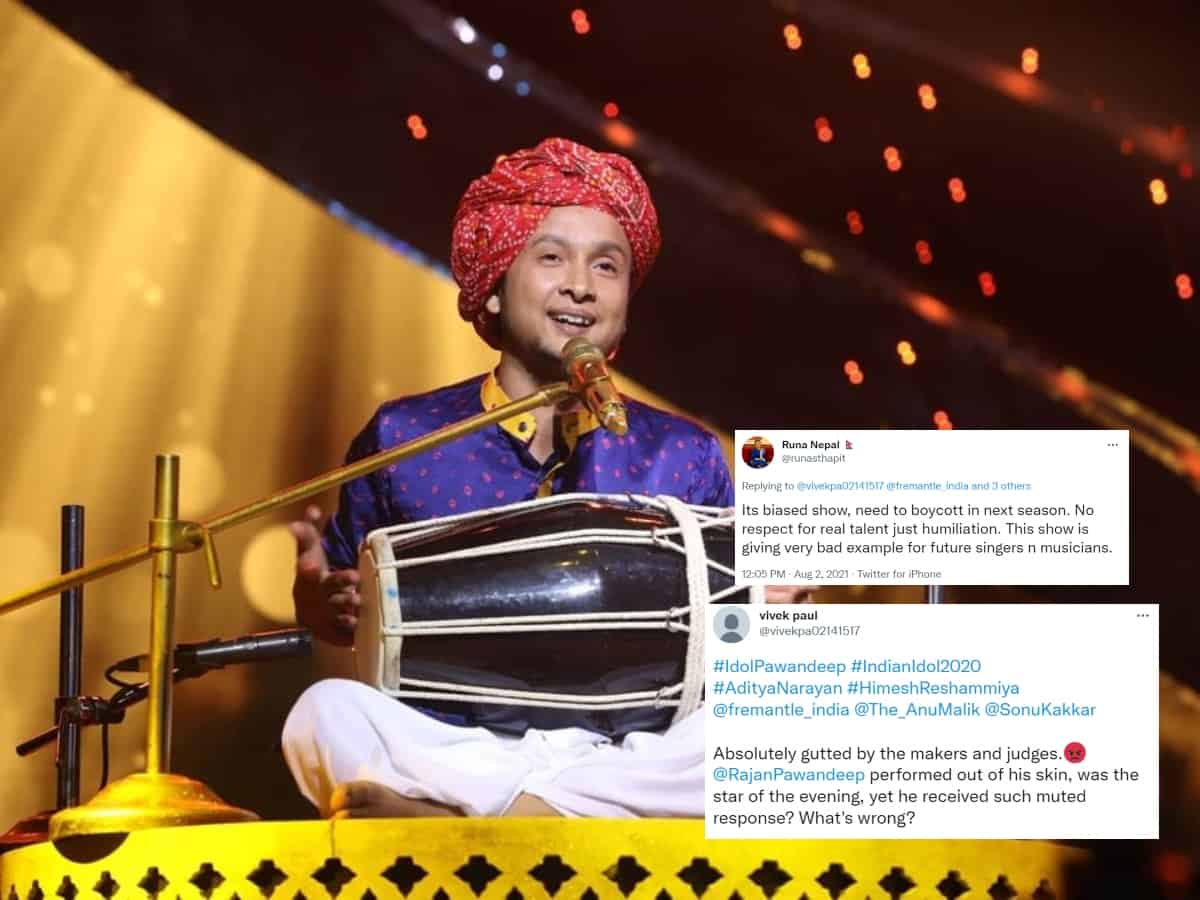 Mumbai: As the much-awaited grand finale of India’s popular music reality show Indian Idol 12 is just a few days away, fans are leaving no chance to make sure their favourite contestant lift the winner’s trophy. Rallies on Twitter proves the fact. The race to grab the title is between the top 6– Pawandeep Rajan, Arunita Kanjilal, Mohd Danish, Shanmukha Priya, Sayli Kamble and Nihal Tauro.

While all the six participants have given high octane performances and impressed audience and judges, Pawandeep Rajan has been ruling the votes and support with maximum numbers since beginning of the show. In yesterday’s episode of August 1, Pawandeep sang Tu Hi Re, from Bombay (1995).

His soulful performance was loved by the audience. While fans praised the singer, they slammed judges for not giving her ‘mausam badal diya’ tag and being partial towards Arunita Kanjilal. One furious social media user wrote, Today another disappointment day for pawandeep fans.. We watched your show only bz of our pawnu.. And no mausam bdal diya tag for him. Even after the magical performance!! Chal kya rha h!! 😤😤😤 don’t do this…… 😠😠#loveyoupawandeep.”

Another user claimed that it’s judge’s plot to eliminate the singer from the show, Only PAWANDEEP RAJAN was not given ….Mausam badal diya…atmosphere… Its hitler #Kumarsanuofficial plot to eliminate #PawandeepRajan …He was the best but #Kumarsanu spoil it.”

Take a look at the tweets below:

Indian Idol 12 was earlier judged by Neha Kakkar, Himesh Reshammiya and Vishal Dadlani. Now the panel includes Sonu Kakkar, Anu Malik and Himesh. The show is being hosted by singer Aditya Narayan. The grand finale is set to air from 12 O’clock in the noon till 12 O’clock in the night on August 15.