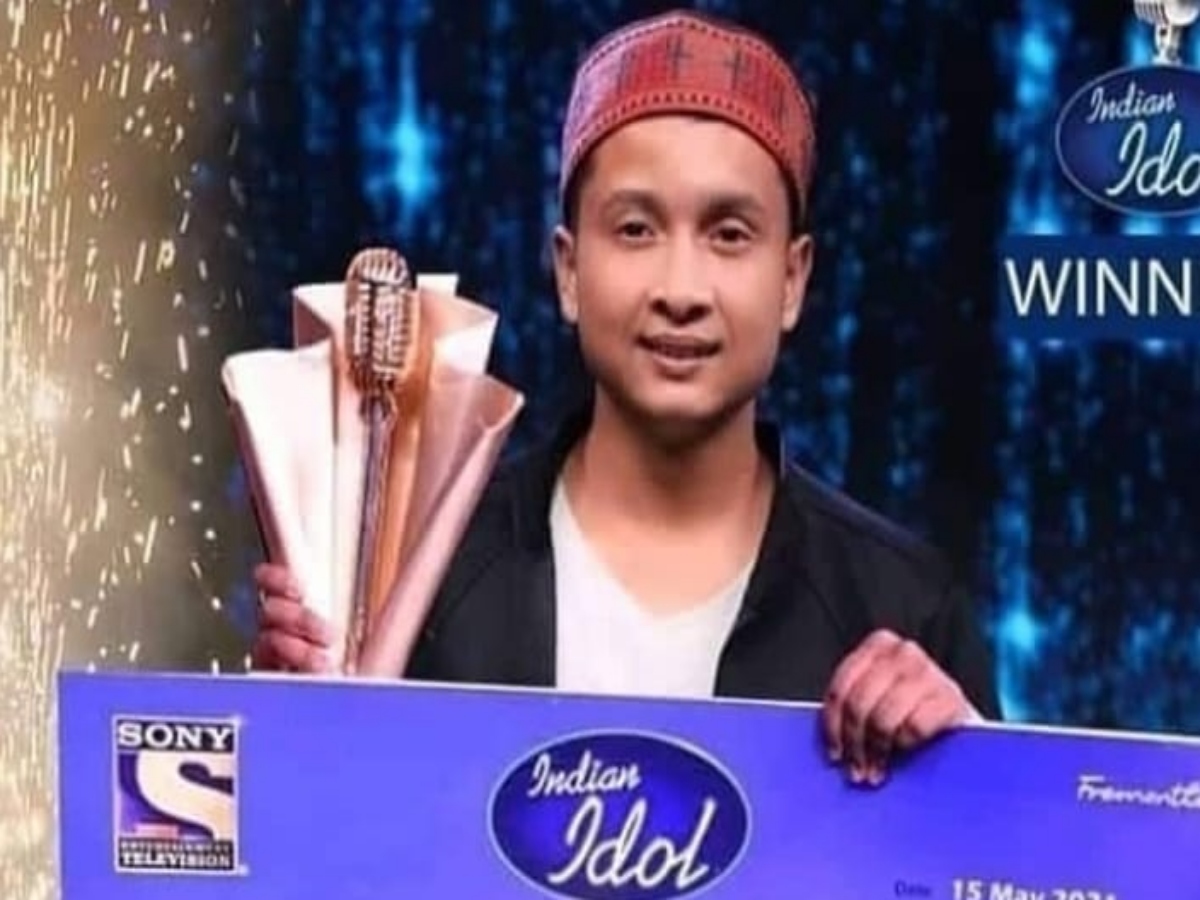 Mumbai: After almost eight months, one of the most controversial seasons of Indian Idol is finally pulling it’s curtains down. All the top 6 contestants have won hearts with their amazing singing and it is really difficult to predict the winner of the show. Audience are waiting with the bated breathe to know the trophy holder’s name.

Amid all these, a picture of finalist Pawandeep Rajan from the sets of Indian Idol 12 is going viral on social media. In the photo, he is seen holding the Indian Idol 12 trophy and a cheque of Rs 25 lakh in his hands. However, the photo is absolutely fake.

If you look at the photo closely, you will see that the date mentioned on the cheque is ’15 May’, which is obviously the wrong date. The picture going viral is a photoshopped picture and the fans should wait for the winner to be announced live at midnight.

Meanwhile, Pawandeep Rajan is the most supported contestant of this season and netizens are rallying on Twitter and Instagram to make him the winner. A few reports are also suggesting that the show might have double winner – Pawandeep and Arunita Kanjilal.