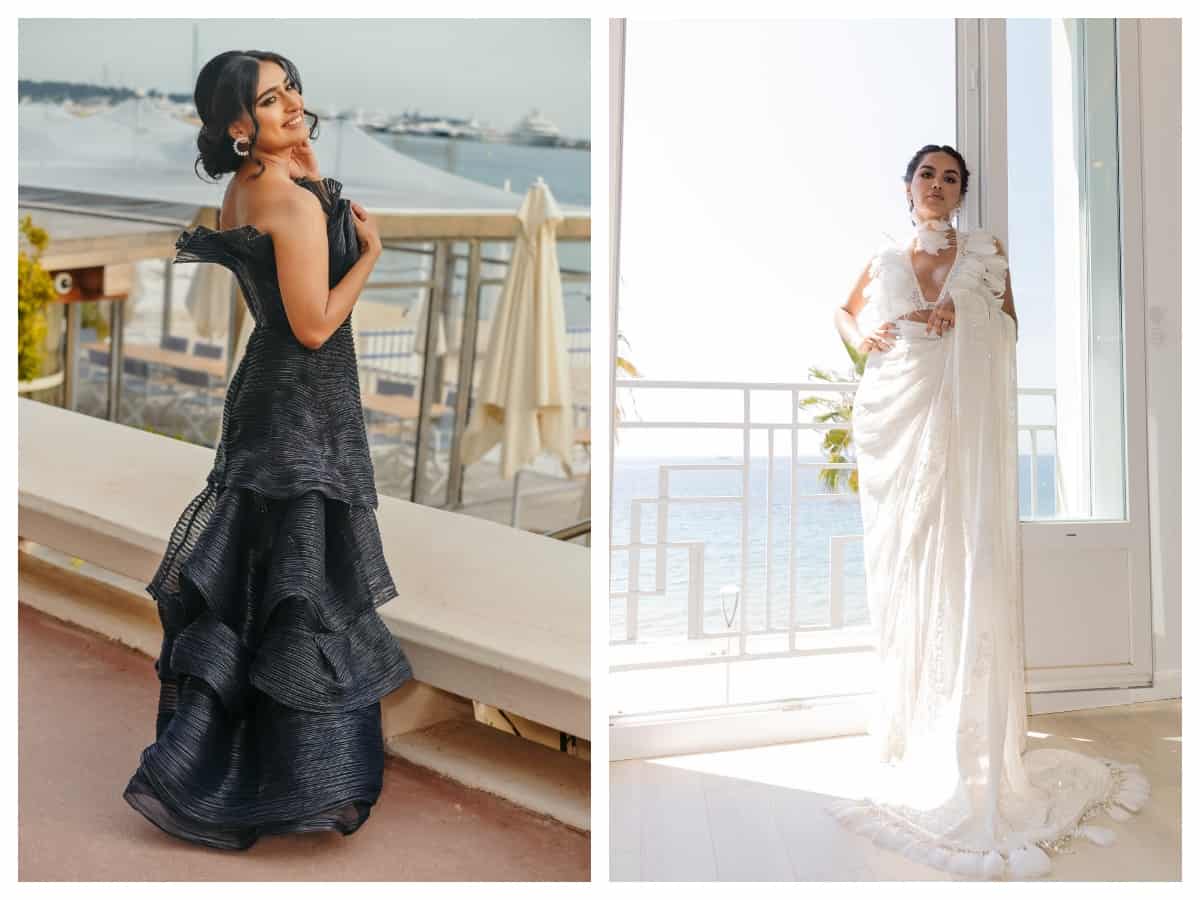 Mumbai: While fashion icons like Aishwarya Rai, Deepika Padukone, Aditi Rao Hydari, and Urvashi Rautela have waved the Indian flag high at the Cannes Film Festival 2022, Indian social media influencers also carved out a special space for themselves in the global event. From ruffles to trails, and glitter to shimmer, these social media influencers have now become a hot topic in the fashion industry for their chic style.

As Cannes came to an end yesterday, let’s have a look at these influencers who left no stone unturned to make Indians proud at the global level.

One of the most renowned social media stars, Niharika was titled wth the ‘Youth Icon- Entertainer of the year 2022’ at the World Influencers and Bloggers Awards. Styled by Anisha Jain, she looked drop-dead gorgeous in her black ensemble from Geisha Designs. Furthermore, she decked up with Diosa Paris and Radhika Agrawal Studio’s accessories.

Globally recognized influencer Masoom Minawala is known for her choice of classy fits. She is the perfect example of how a fashion influencer should be, giving us affordable and stylish looks in one go. For Cannes, she was spotted in a wide range of looks, each look giving us a hint of her colorful and vibrant personality. She began the festival with a hot-pink ensemble from Valentino and an ash-colored hand-embroidered outfit by Amit Aggarwal. She continued with Yousef Akbar’s pink gown, followed by a floral gown by Sophie couture and a shimmery outfit by Saiid Kobeisy.

Digital creator and CEO of her own brand Masic Beauty, she made her debut at the Cannes Film Festival this year. She opted for a Millia London orange ruffle gown with a trail that swept us off our feet followed by an It-girl saree from Papa Don’t Preach by Shubhika.

Diipa gave us some major fashion goals with her outfit choices at the Cannes Film Festival 2022. Styled by Manish Malhotra, for her first look, she wore a beautiful ivory saree by the fashion designer himself. She continued with the ivory and white streak with a shimmery gown by Nedret Taciroglu. She also chose a bright orange outfit by Georges Hobeika and for her last look, she donned a black and white ensemble by Avaro Figlio.

Skincare influencer Tarini Peshawaria had her debut at the Cannes Film Festival and she did not disappoint. Staying in touch with her minimalistic style, she opted for a pastel blue ruffle gown by Ambika Lal and a sequined saree by Manish Malhotra.

Well, Cannes 2022 was surely good for Indians as many stars from the entertainment, digital, and fashion industries represented our country and left the whole world in awe of Indians.