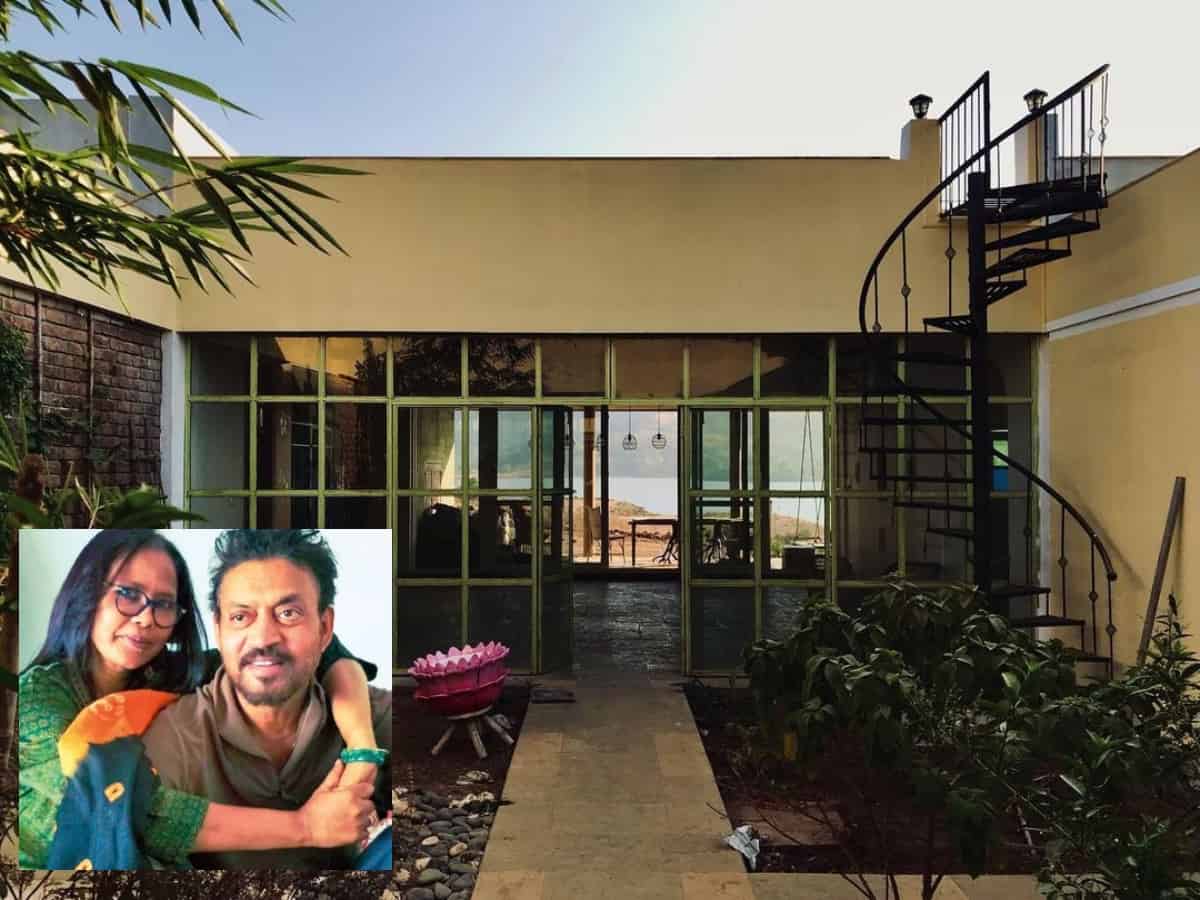 Mumbai: Indian film industry lost a gem, Irrfan Khan, in 2020, who had just not left a mark in Bollywood but also impressed the western audience. Irrfan died last year after a two-year battle with neuroendocrine tumour. He was one such finest actors, who had made heads turn with his magical presence on screen and his magnetic personality had pulled him millions and millions of fans and admirers all over the globe.

Apart from leaving behind a rich legacy of work, Irrfan Khan has also left his beautiful family, his sons, Babil and Ayaan and his wife, Sutapa. Babil, who is studying filmmaking in London, is known to be quite actibe on social media. He often shares beautiful memories of his late father or his lovely family moments.

On Wednesday, he took to his Instagram to share a series of pictures of his parents’ dreamy and lavish farmhouse which is under construction. Sharing two monochrome and two colorful sets of pictures, which is being given finishing touches, Babil wrote on Instagram, “A little vibe of mamma’s farmhouse.”

Check out the pictures below:

The palatial farmhouse, which lies on the banks of waterbody, has a huge courtyard, a spiral staircase to go on the terrace, and plain white walls that carve a picture of simplicity and calm.

However, neither Babil nor his mother Sutapa revealed the location of farmhouse. Fans wondered if it is at Madh Island in Maharashtra where Irrfan Khan and his family used to reside before shifting to Oshiwara.

On Babil Khan’s mother Sutapa Sikdar’s birthday, he uploaded a picture of her with Irrfan Khan. A day before New Year’s, Babil also shared a bunch of pictures with his mother. Check out the pictures.

Irrfan Khan passed away on April 29, 2020, a few days after his mother’s death. The late actor was going through a colon infection after the diagnosis of his tumour. He married Sutapa Sikdar in the year 1995 and the couple are parents to two sons, Babil and Ayan.