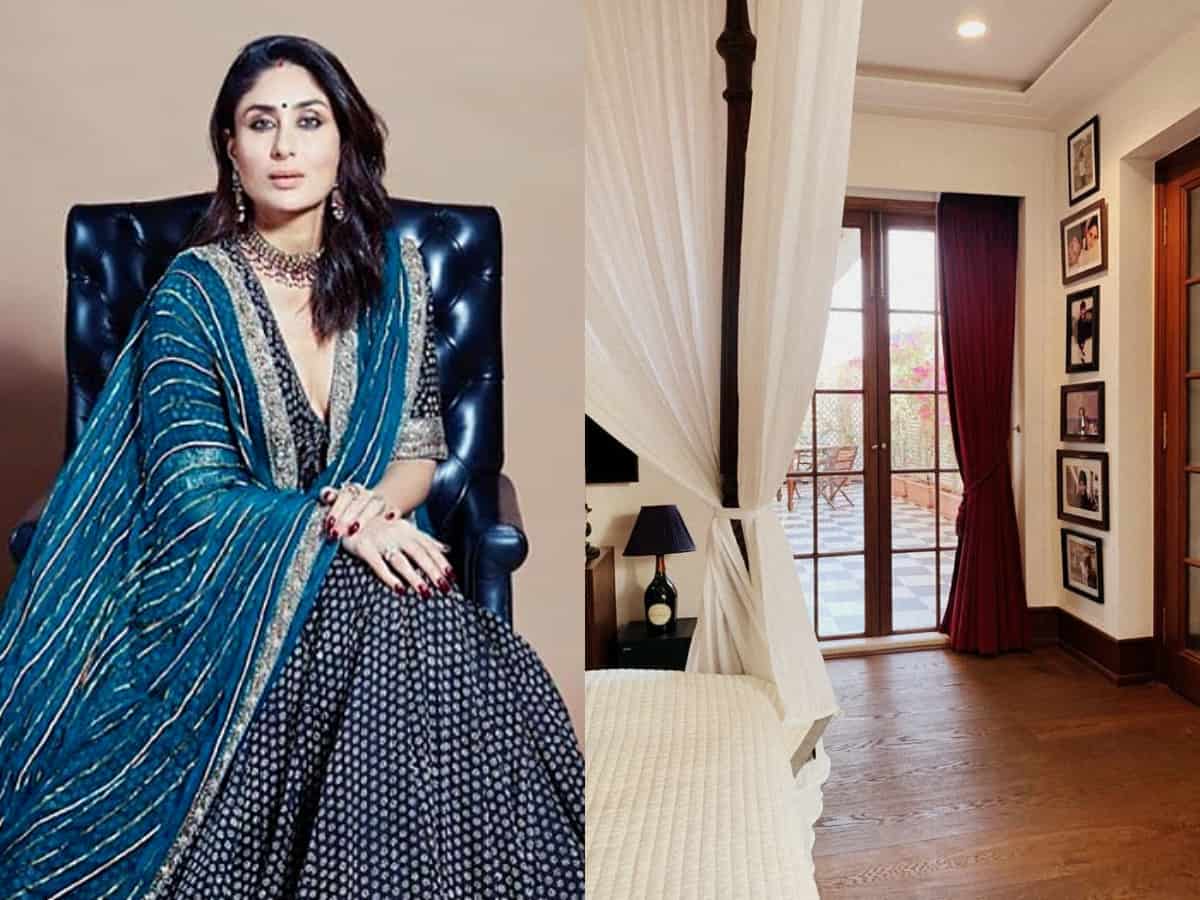 Mumbai: Actors Kareena Kapoor Khan and Saif Ali Khan have moved into their new house this month ahead of their second baby’s arrival. They have shifted from their old home in Fortune Heights to Satguru Sharan in Bandra vicinity of Mumbai.

Ever since Saif Ali Khan spilled beans about their plans of moving to new home, Kareena Kapoor has been sharing glimpses of her new ‘dream home’. Last week, Kareena Kapoor Khan dropped a hint on Instagram that she’s saying goodbye to Fortune Heights and will soon move into her new house.

She shared a picture of a wall and a door that shows us a spacious balcony. Several photo frames on the wall added the warmth to the classy room of Bebo. The actress has captioned the click saying, ‘Door to new beginnings.’

The new super luxurious and palatial house of Kareena Kapoor Khan and Saif Ali Khan also has a huge library area which has always been Saif’s favourite corner.

The lavish space is designed by an ace interior designer Darshini Shah, who’s also credited with lending her art and sense to the couple’s Fortune Heights apartment.

In an interview with Times Of India, Darshini said “They had become extremely comfortable with their house in Fortune Heights; they just didn’t want to move out. So, the new house, which they should be moving into shortly, has a feel of the old pad but it also meets their new set of requirements with their second baby on the way.”

Speaking more about Kareena and Said’s dream home, the designer said, “It has a beautiful new nursery for the baby, and Taimur’s own space as he’s growing up. It’s a lot larger than their old house; it’s more spacious with beautiful terraces, a swimming pool, outdoor areas, and open spaces that have been landscaped. It has room for everyone.”

“They like their spaces to feel like their travel diaries. Everything that they have at home is something they have collected over time, and it has a memory or a story attached to it. Like, they love England, they like the colonial-classic style of decor. They also don’t like anything that’s loud. Like their Fortune Heights’ home, even their new house has a library, artworks, antiques, candles, a certain kind of furniture,” Darshini Shah told TOI.

It looks like Saif Ali Khan and Kareena Kapoor Khan are ready to bring their second bundle of joy into their super swanky new house soon.