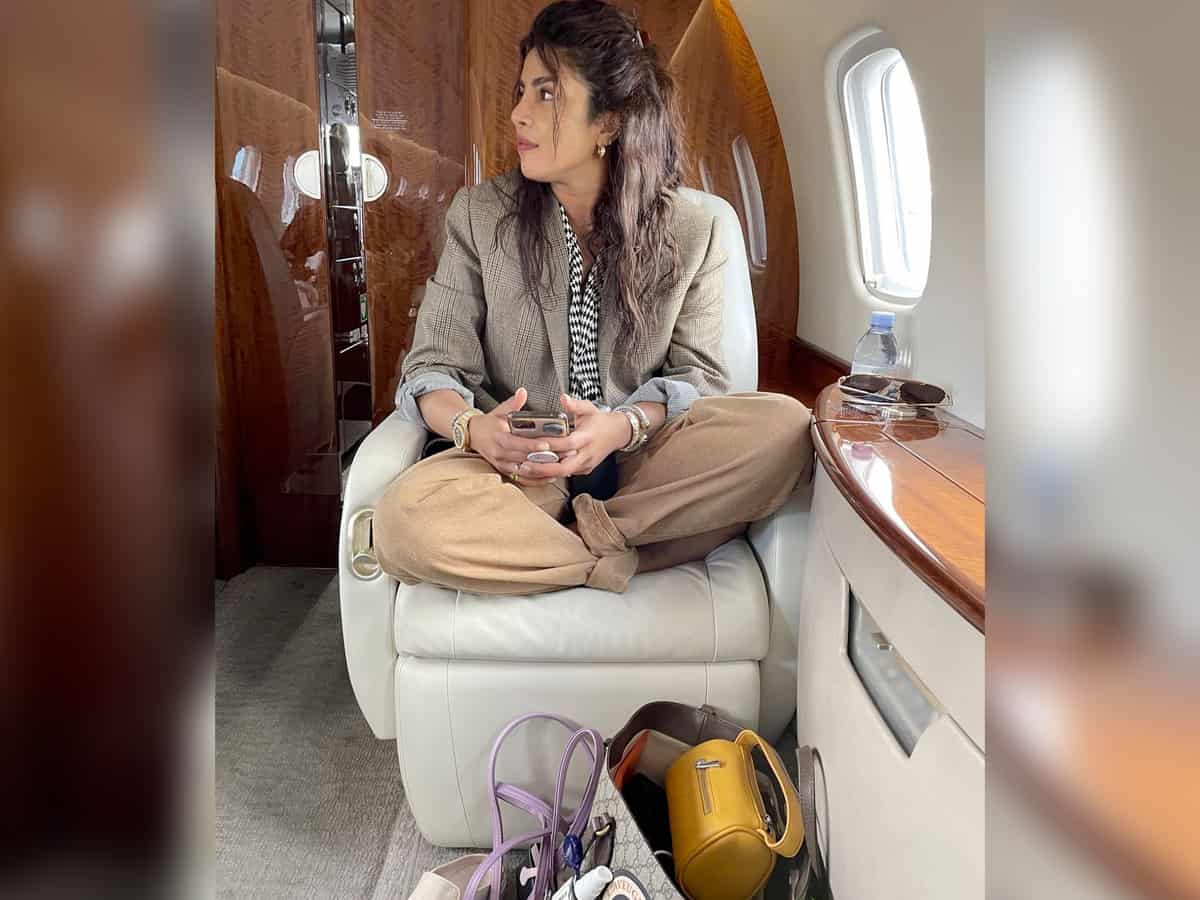 Mumbai: International star Priyanka Chopra Jonas needs no introduction. From winning Miss World to being the superstar of Bollywood, she is a powerhouse talent and there is no doubt about that. She has had decades of fame and success and Bollywood and has now established her brand in the West as well with several international projects in her kitty.

Priyanka made her acting debut in the 2002 Tamil film Thamizhan and later made her Bollywood debut in 2003 with The Hero: Love Story of a Spy. She had starred in many hit films including Waqt, Agnipath, Don, Krrish, Barfi, Bajirao Mastani and Dostana.

During her journey is Hollywood, the global star met singer Nick Jonas whom she married in 2018. They married in Jodhpur’s Umaid Bhawan Palace in both traditional Hindu and a Christian wedding.

Priyanka Chopra often boasts of exquisite collection of watches, cars and other expensive things. She also owns a private jet and often seen travelling with her husband in it. Be it attending Joe Jonas and Sophie Turner’s wedding or travelling between India and L.A, Priyanka Chopra has been frequently spotted travelling in her luxurious jet. Take a look at the photos here:

She was recently spotted jetting off to a new location for the filming of her upcoming series, ‘Citadel’. Osy Ikhile, her co-star, posted a video on Instagram on Monday offering an inside peek at their private jet.

What’s on her professional front?

In terms of work, Priyanka will be seen in spy thriller series ‘Citadel’, rom-com ‘Text For You’ and ‘Matrix 4’. She will also feature in an Indian wedding comedy, which she co-produces with Mindy Kaling.