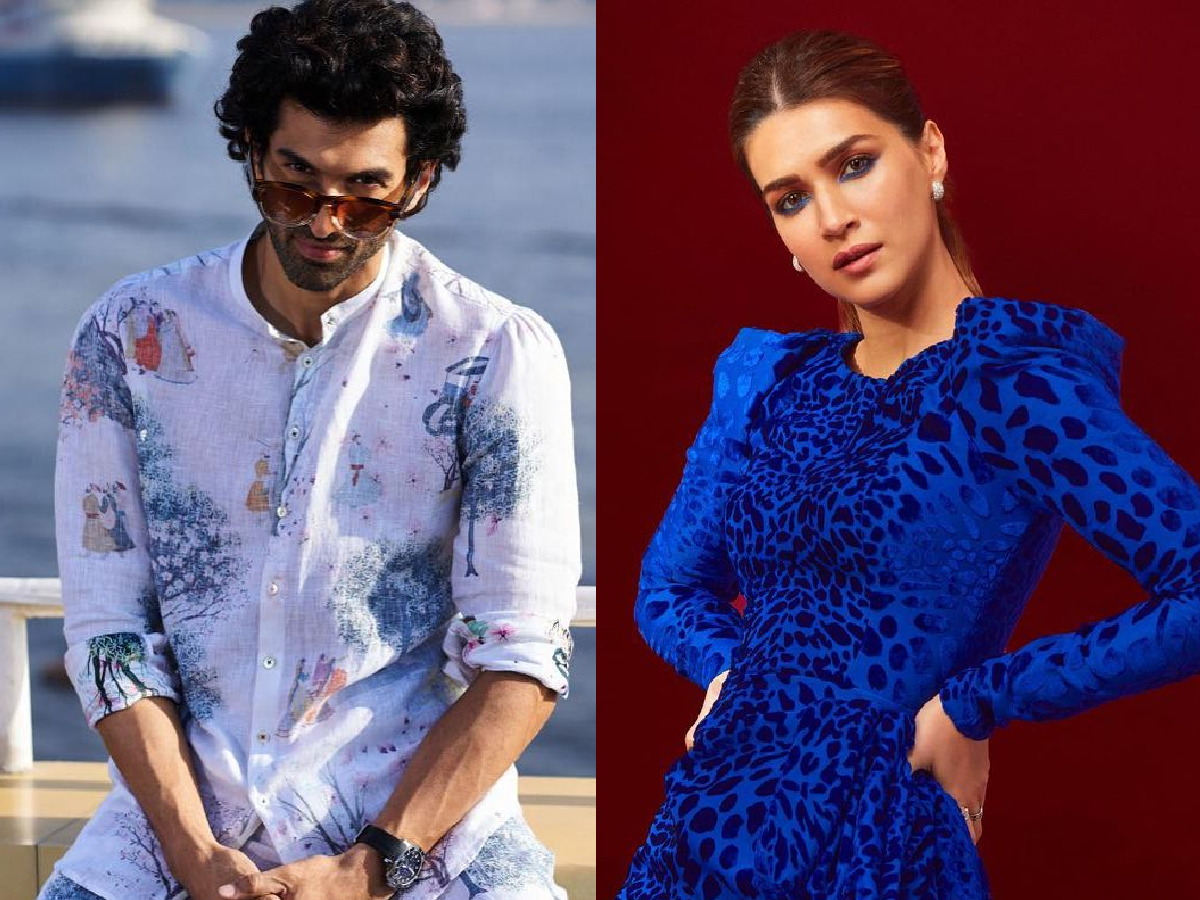 Mumbai: With each episode of ‘Koffee with Karan‘, filmmaker Karan Johar leaves the audience amazed by revealing interesting details about the personal lives of the celebrities who grace the famous couch on his show.

And in the latest episode, Karan gave his ‘Koffee’ viewers a sneak peek into the personal and professional life of ‘Heropanti’ co-stars Kriti Sanon and Tiger Shroff. For the gossipmongers, the highlight of the episode must have been a moment when Karan kept prodding Kriti about whether something was cooking between her and Aditya Roy Kapur. While Kriti did not reveal anything, she hinted later that some flirting might be happening between the two.

During a point in the episode, Karan mentioned that Kriti and Aditya were seen canoodling in a corner at his party. Karan said, “Kriti you have been single for a while now, Is there anybody? There were rumours, I mean it came from…somewhere in my party that Oh Kriti Sanon and Aditya Roy Kapur look so good together. We caught the canoodling in a corner, as in chatting.”

Responding to this, Kriti, said: “We do look good together but you know me, I don’t canoodle in a corner! But yes, we were talking and he is a fun guy to be around.”

If reports are to be believed, Kriti and Aditya will be seen sharing screen space in Sanjay Leela Bhansali’s next.