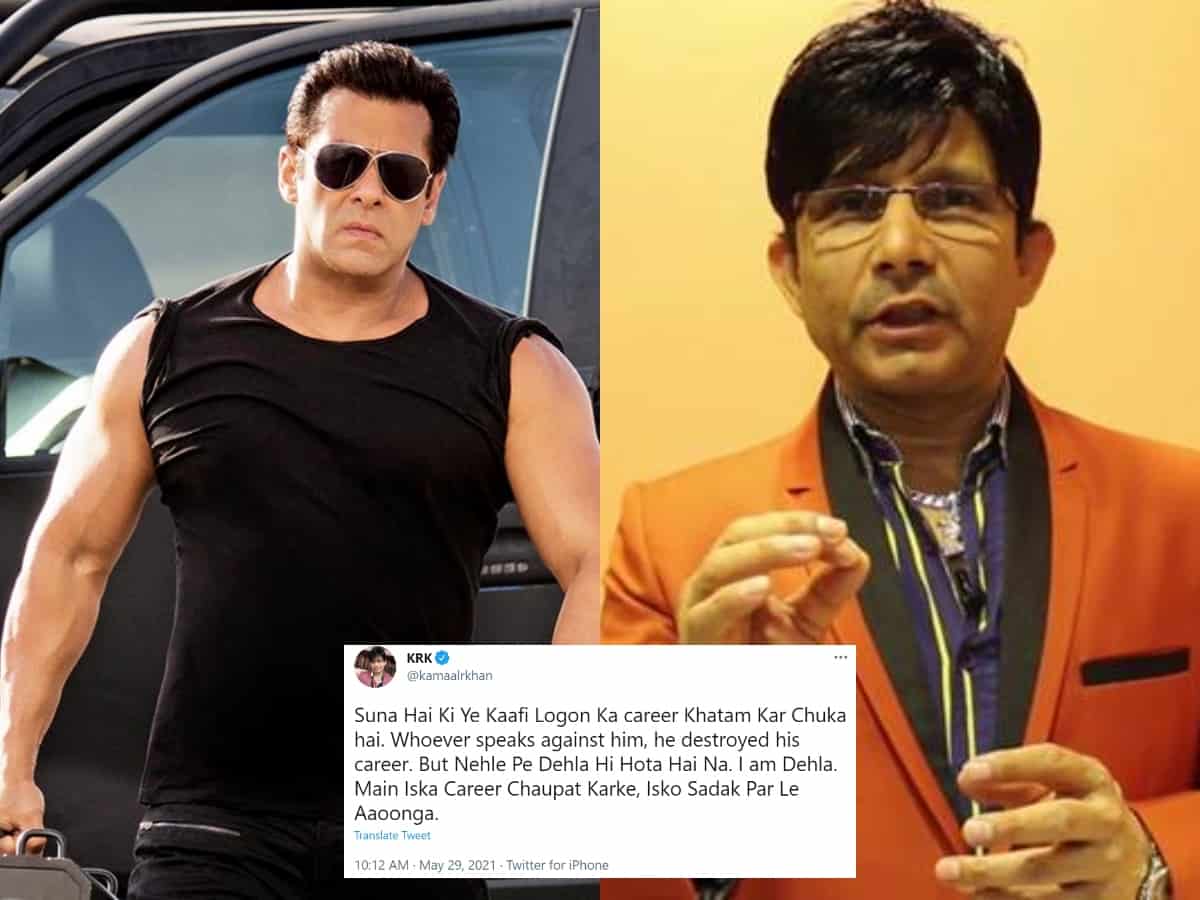 Mumbai: It seems like the controversial and legal tussle between superstar Salman Khan’s and self-proclaimed critic-actor Kamaal R Khan aka KRK is not going to end soon. After promising never to review any of Salman films, KRK has taken a different stance. In a series of his latest tweets, he attacked the superstar again mentioning that more than 20 Bollywood actors have extended their support to him.

Taking to his Twitter handle on Saturday, KRK wrote, “More than 20 Bollywood people have called me to give me their support. They said, that they were not able to do that whatever I am doing. Because they were not ready to have a direct conflict with him. They were scared to make him their enemy. I say- Thank you all so very much!”

Without mentioning Salman Khan in his tweets, KRK alleged that he’s heard that the actor has finished a lot of people’s careers.

n another tweet, KRK wrote, “Now many people are calling me from Bollywood. Many are giving suggestions on Twitter. And all are saying the same thing. Ki Bhai Bachke Rahna, Ye Tumko Marwa Dega! Thank you all that You are concerned. But Main Fir Bhi Isse Nahi Darta! I will continue my fight for the truth.”

After receiving legal notice from Salman Khan, KRK promised that he will not review the actor’s films. He later said that he’d continue to review Salman’s films even if he “touches my feet.