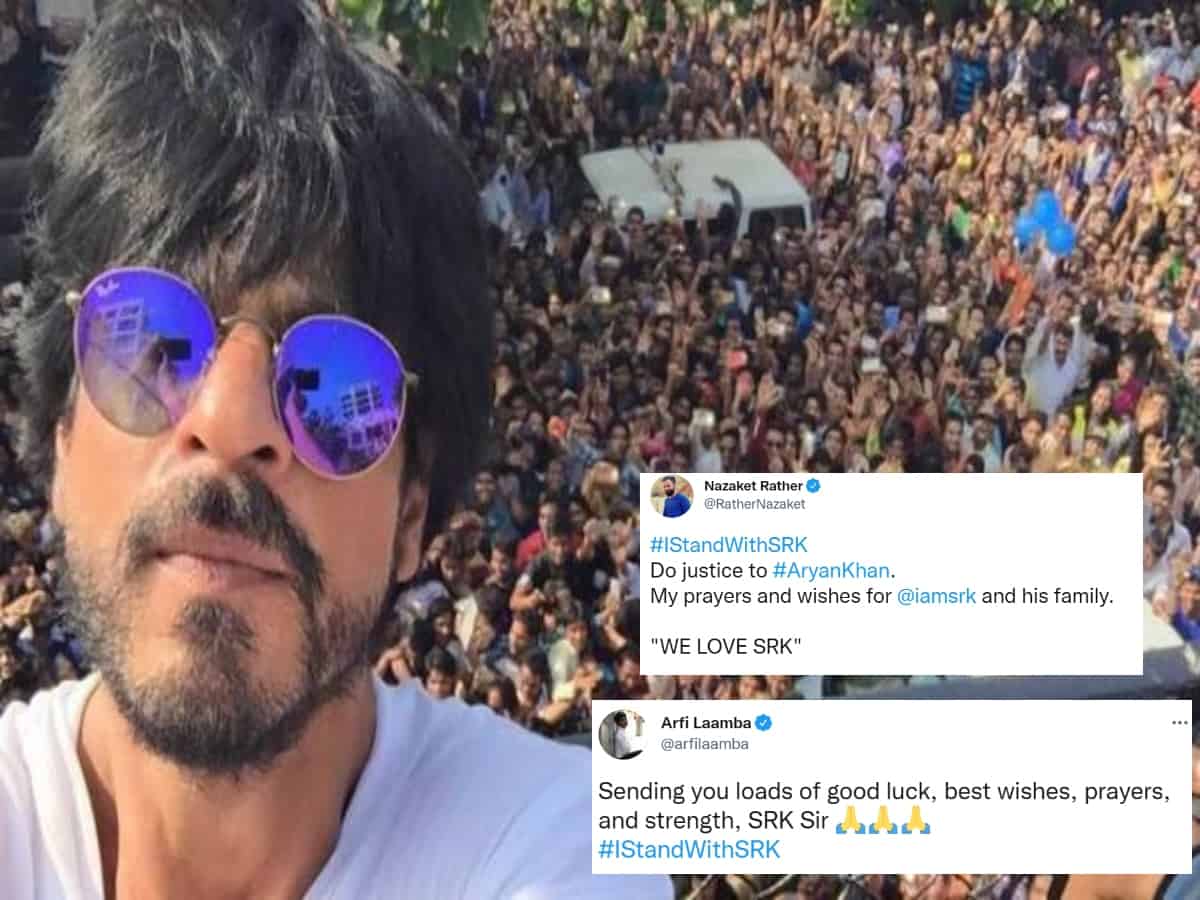 After his bail plea got denied yesterday, several of SRK’s fans and his friends from the industry have been showing their support to King Khan. #IStandWithSRK has been trending on Twitter.

Not just online, scores of fans are even gathering outside of Mannat to extend support to the actor.

Swara Bhasker and Kamaal R Khan come out to support Aryan via strong social media posts. While Akshay has maintained his silence on the subject, his wife Twinkle Khanna compared Aryan’s arrest to the Korean drama Squid Game and took a discreet dig at the situation.

Apart from them, the likes of Hrithik Roshan, Pooja Bhatt, Preity Zinta, Salman Khan, Sanjay Kapoor and many others from the industry have supported Aryan and expressed concern for SRK and Gauri Khan. Many of them were also spotted visiting the superstar’s residence in Bandra.

Meanwhile, the 23-year-old celebrity kid has been arrested for over 3 weeks now and just yesterday, his bail plea got denied for the second time. According to reports, the Bombay High Court on Thursday said the bail plea of Aryan Khan will be heard next Tuesday.