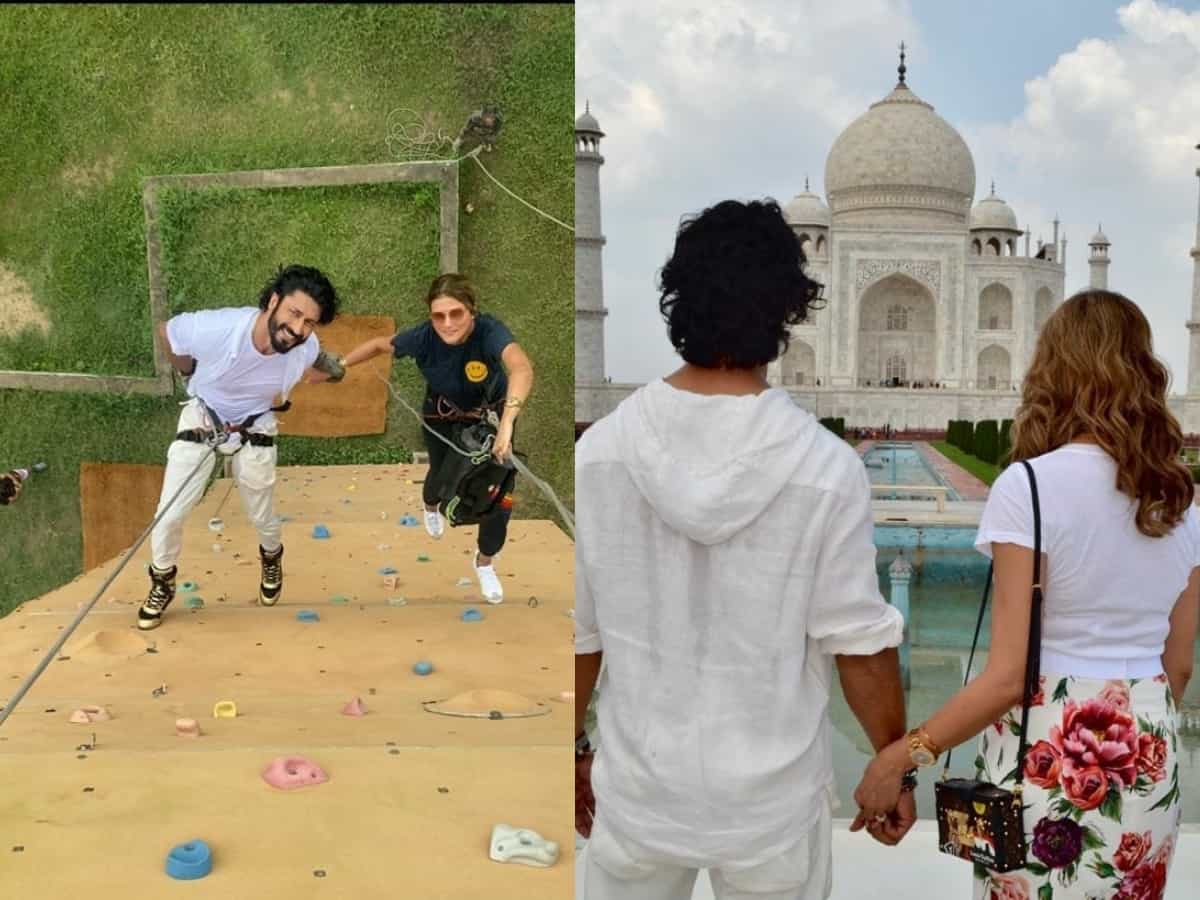 Mumbai: Bollywood actor Vidyut Jammwal who was rumoured to be dating designer Nandita Mahtani just made his relationship official. Recently, the couples’ adorable pictures from Taj Mahal instantly sparked rumours regarding their engagement. Putting an end to all the speculations, the actor confirmed that he is indeed engaged to his ladylove on September 1.

Taking to social media, Vidyut shared two pictures with Nandita and decribed how he popped up the question to his love. In one photo, the couple can be seen climbing a wall while in the other they can be seen viewing the Taj Mahal. While sharing the pictures, he wrote, “Did it the COMMANDO way 01/09/21.”

The pictures are going crazy viral on internet. Many of his fans and friends from the industry are pouring in congratulatory messages and wished the couple a happy life.

A third user wrote, “Congratulations Sir… Finally one of the most awaited announcements for Jamwalions… Loads nd loads of Love nd best wishes for this new chapter of ur life… King of hearts with Queen of his Heart.”

Who is Nandita Mahtani

Nandita Mahtani is a well known fashion designer who is Virat Kohli’s stylist. She was earlier married to Delhi-based businessman Sanjay Kapoor. However, their marriage was short-lived as the duo parted ways due to differences.

Meanwhile, in terms of work, Vidyut Jammwal has ‘IB 71’ and ‘Khuda Haafiz: Chapter II’, a sequel to his 2020 movie in his kitty.