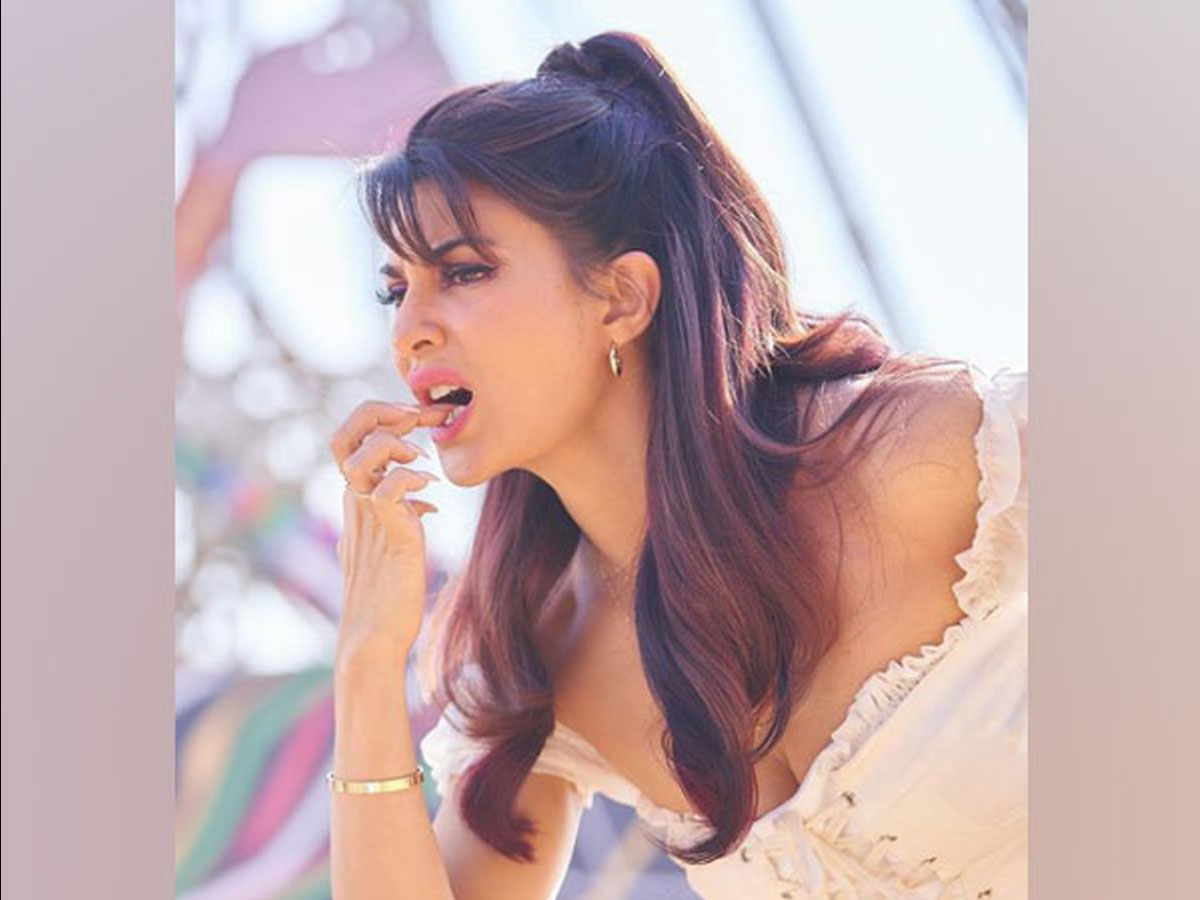 New Delhi: Treating her fans with a captivating picture of herself, Bollywood actor Jacqueline Fernandez, announced the Rajasthan schedule wrap for her upcoming film ‘Bachchan Pandey’ on Wednesday.

Being busy as a beaver, Jacqueline Fernandez who is currently shooting for one of her most-anticipated projects with Bollywood superstar Akshay Kumar has announced her first schedule wrap from the film ‘Bachchan Pandey’.

Taking to Instagram, Jacqueline shared a series of pictures that has set social media ablaze. Her recent post is a glimpse of the character that she will be playing in the film.

The BTS snaps that accumulated more than 1 million likes within few hours of being shared, the 35-year-old is seen sporting a classy chic look. With a pop eyeshadow and coloured hair tied up in a half ponytail, Jacqueline looks no less than a Barbie doll.

In the caption, she wrote, “Had so much fun playing this character for #BachchanPandey thank you @nadiadwalagrandson @akshaykumar @wardakhannadiadwala @farhadsamji @shaanmu for making her come alive!! @kritisanon you are amazing!! Love you loads Welcome to films @chandiniw @stacey.cardoz @hairstylist_madhav stay crazy!!”

Rajasthan shoot also marks the first shoot schedule of the film.
The upcoming film, which stars Akshay Kumar in the lead, is being helmed by Farhad Samji and bankrolled by Sajid Nadiadwala. It will hit the theatres on January 26, 2022. Apart from Akshay, and Jacqueline, the film also features Kriti Sanon and Arshad Warsi.

The flick will reportedly be shot in places like Gadisar Lake and Jaisalkot. Akshay’s character in the film is a gangster who aspires to be an actor, while Kriti essays the role of a journalist, who harbours dreams of becoming a film director.

Meanwhile on the work front, beside ‘Bachchan Pandey’, Jacqueline Fernandez also has ‘Bhoot Police’ alongside Saif Ali Khan, Yami Gautam and Arjun Kapoor, ‘Cirkus’ with Ranveer Singh and ‘Kick 2’ opposite Salman Khan in the pipeline.