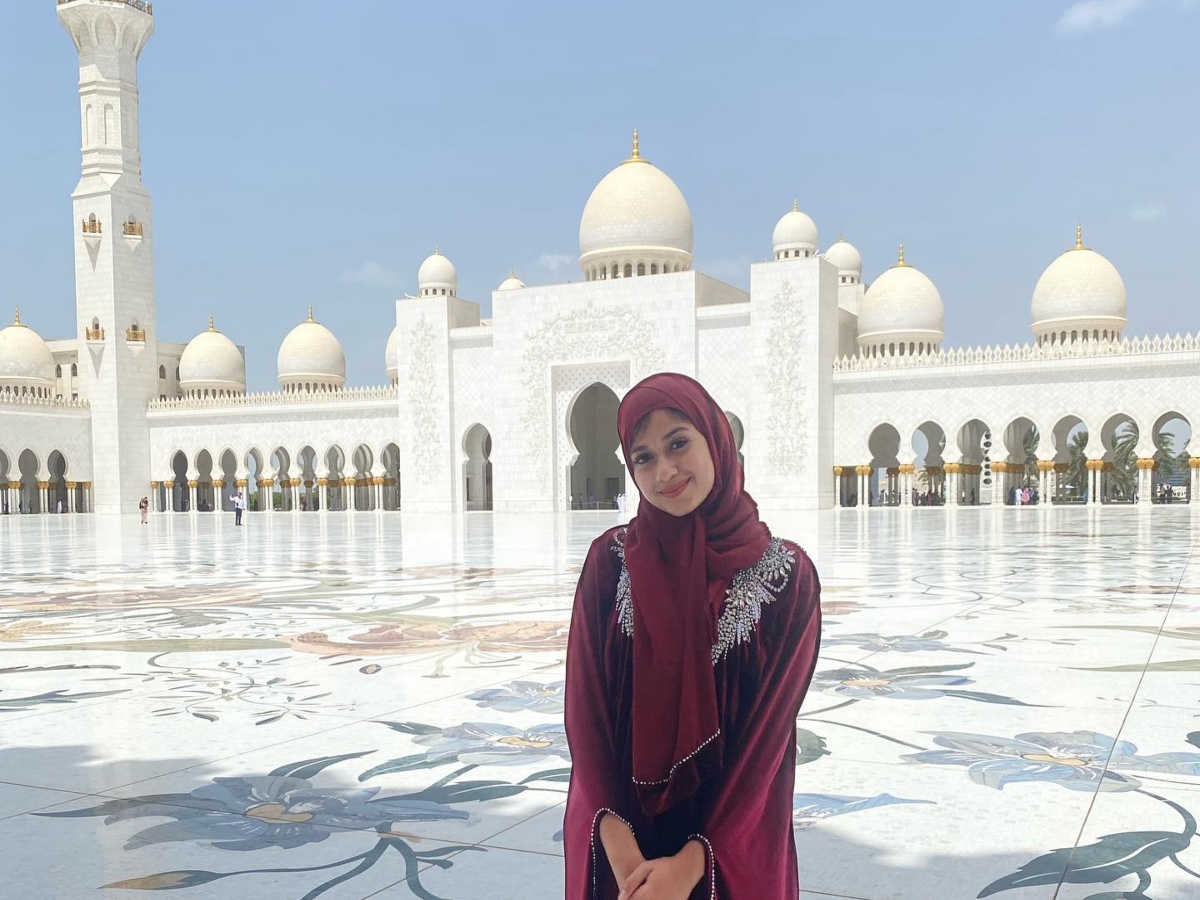 Mumbai: Television actress Jannat Zubair Rahmani has been hogging all the limelight for her appearance in ongoing show Khatron Ke Khiladi 12. After 50 days of rigorous shooting for stunt-based reality show in Cape Town, Jannat reunited with her family in Mumbai a couple of weeks ago.

The Phulwa actress is currently holidaying with her parents and brother in Abu Dhabi. Jannat, who enjoys a massive 43.5M fan following on Instagram, has been sharing several glimpses of her exotic vacation.

On Friday, Jannat Zubair took to her photo-sharing app and shared a few stunning images of herself with her mom as she visited the iconic Sheikh Zayed Grand Mosque. The actress and her mother looked gorgeous in abaya with beautiful mosque in backdrop. “Jumma Mubarak,” she captioned her Instagram post.

Check out more pictures and videos from her vacation shenanigans here.

Speaking about her Khatron Ke Khiladi 12 stint, it is being said that Jannat Zubair has reached top 5 along with Rubina Dilaik, Mohit Malik, Faisal Shaikh and Tushar Kalia. She is one of the highest paid celebrity contestant in KKK 12 and considered as one of the strongest contestant on the Rohit Shetty‘s show.