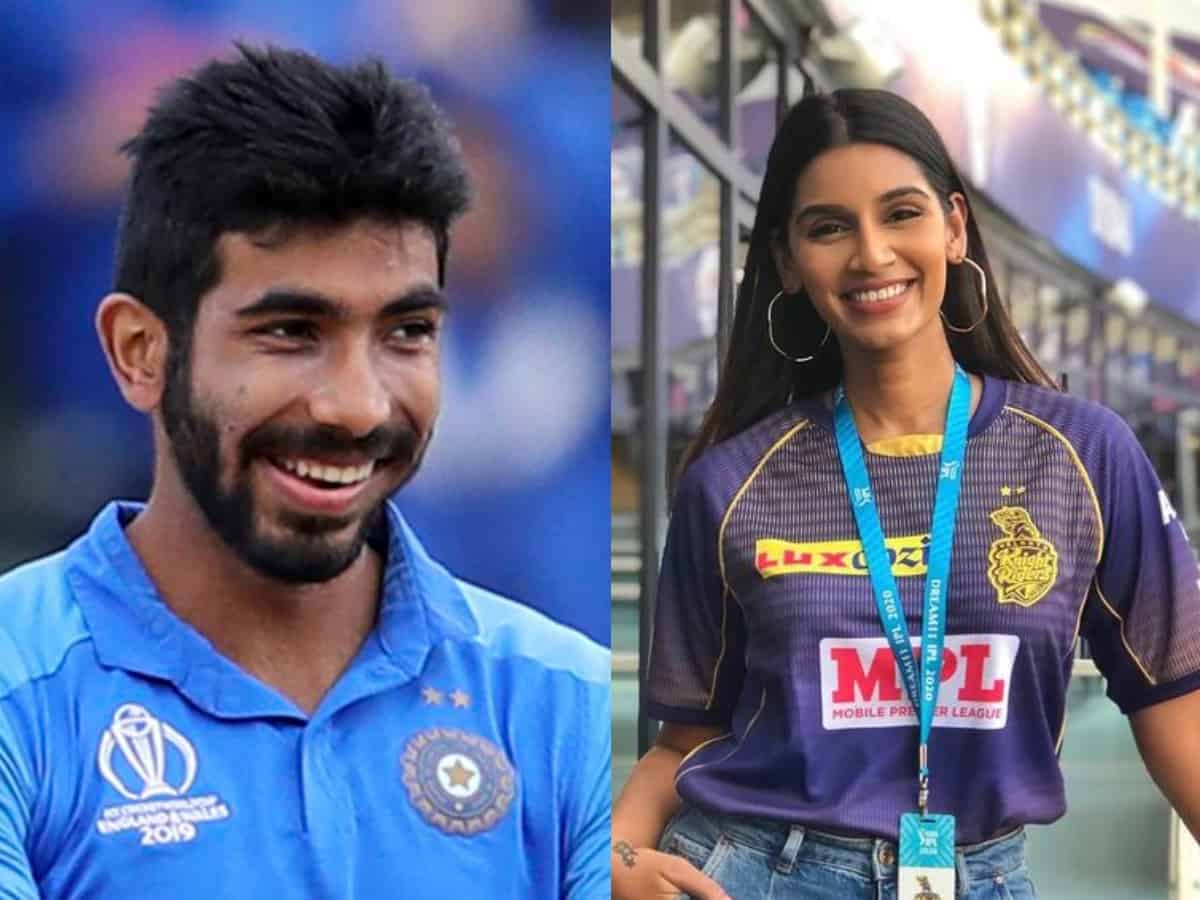 Mumbai: Indian cricketer Jasprit Bumrah has been making headlines for his personal life ever since he opted to take time out of his busy game schedule. There has been never-ending spree of speculative news about the speedster’s wedding.

If the latest rumours are to be believed, Bumrah is all set to tie knot with 2014 Miss India finalist and sports presenter Sanjana Ganesan in a private ceremony on March 14 to 15 in Goa. However, there’s no confirmation neither from the speedster nor from his alleged fiance yet, but, rumours are doing rounds that the wedding ceremony will be an intimate affair which will include close friends and family.

Ever since the rumours started floating around, fans couldn’t stop themselves from congratulating the duo.

Who is Sanjana Ganesan?

Bumrah’s rumoured wife-to-be Sanjana Ganesan is a sports presenter and TV host and had primarily worked on Cricket with Star Sports for the IPL, hosting and presenting various shows. She did modeling before becoming sports anchor and even participated in the ‘2012 Femina Style Diva’ fashion show.

In 2013, Sanjana Ganesan went on to participate in the Femina Miss India Pune’ competition becoming one of the finalists. Sanjana has also been in the list of finalists in Miss India 2014.

Sanjana Ganesan made her TV debut with the popular reality TV show MTV Splitsvilla 7 and that’s where she started her journey as a sports anchor two years later. Meawhile check out her Instagram below:

Meanwhile, Jasprit Bumrah, who made his international debut against Australia in 2016, has carved a niche for himself with his brilliant bowling performances over the last few years. Five years down the line, he is one of the top all-format bowlers in world cricket right now.