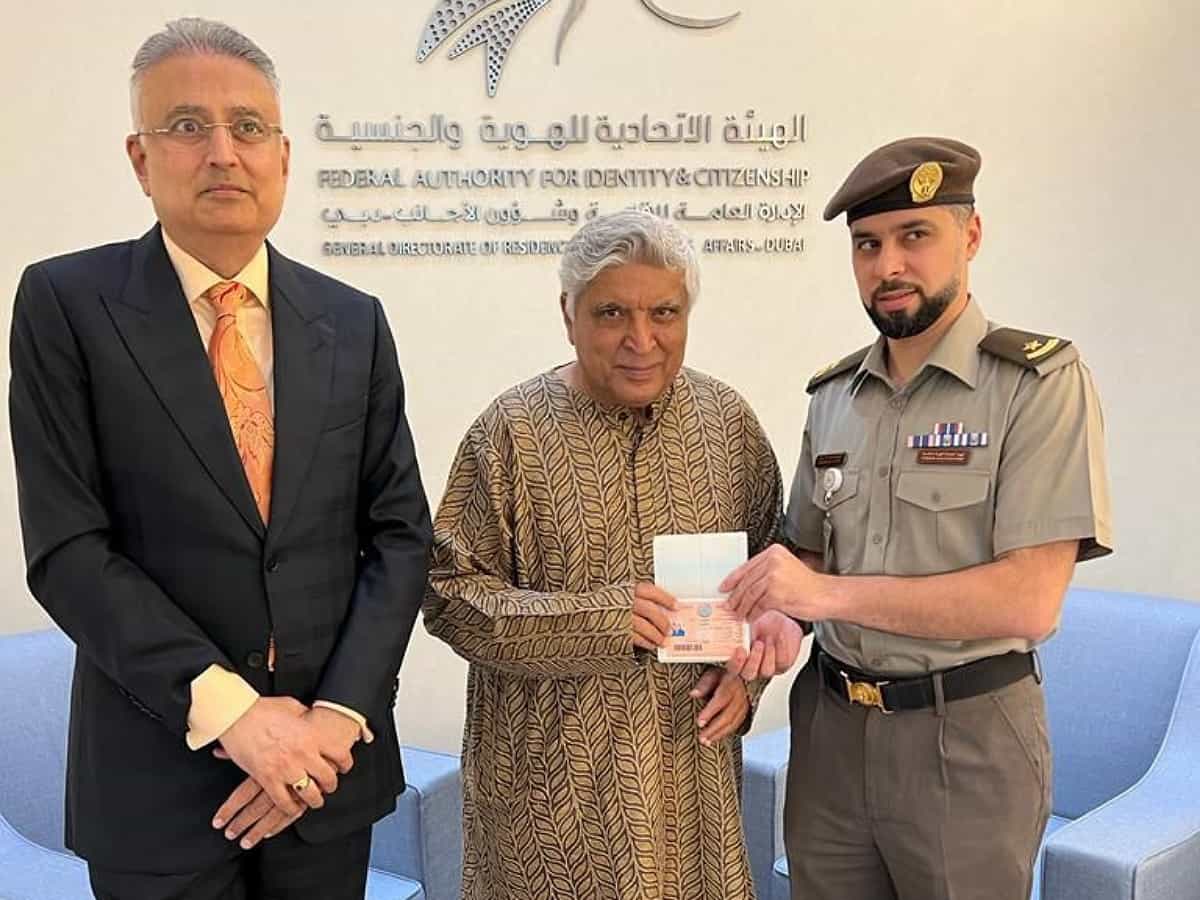 Abu Dhabi: Renowned Bollywood poet and writer Javed Akhtar along with actress and wife Shabana Azmi are the latest Indian personalities to be honoured with a UAE golden visa.

The couple were handed over the visa by officials from the Federal Authority for Identity and Citizenship (ICA).

Javed Akhtar and Shabana Azmi expressed their gratitude to the Dubai government for awarding them the golden visa.

“We are deeply honoured to receive the golden visa and thank the authorities for considering me worthy to receive this privilege,” said the couple in a statement, Gulf News reported.

Javed Akhtar is a poet, lyricist, screenwriter and political activist known for his work in Hindi films. A recipient of five national film awards, he received the Padma Shri in 1999 and the Padma Bhushan in 2007, two of India’s highest civic awards.

Shabana Azmi is an actress who has worked in Indian films, television and theatre. Azmi, one of India’s most famous stage artists, is known for her portrayal of distinctive and often unconventional female characters across various genres.

Boney Kapoor alongside his family Janhvi, Arjun and Khushi was awarded the golden visa.

The visa is open to investors, entrepreneurs, extraordinary talents and researchers in many disciplines of technology and knowledge, as well as extraordinary students.