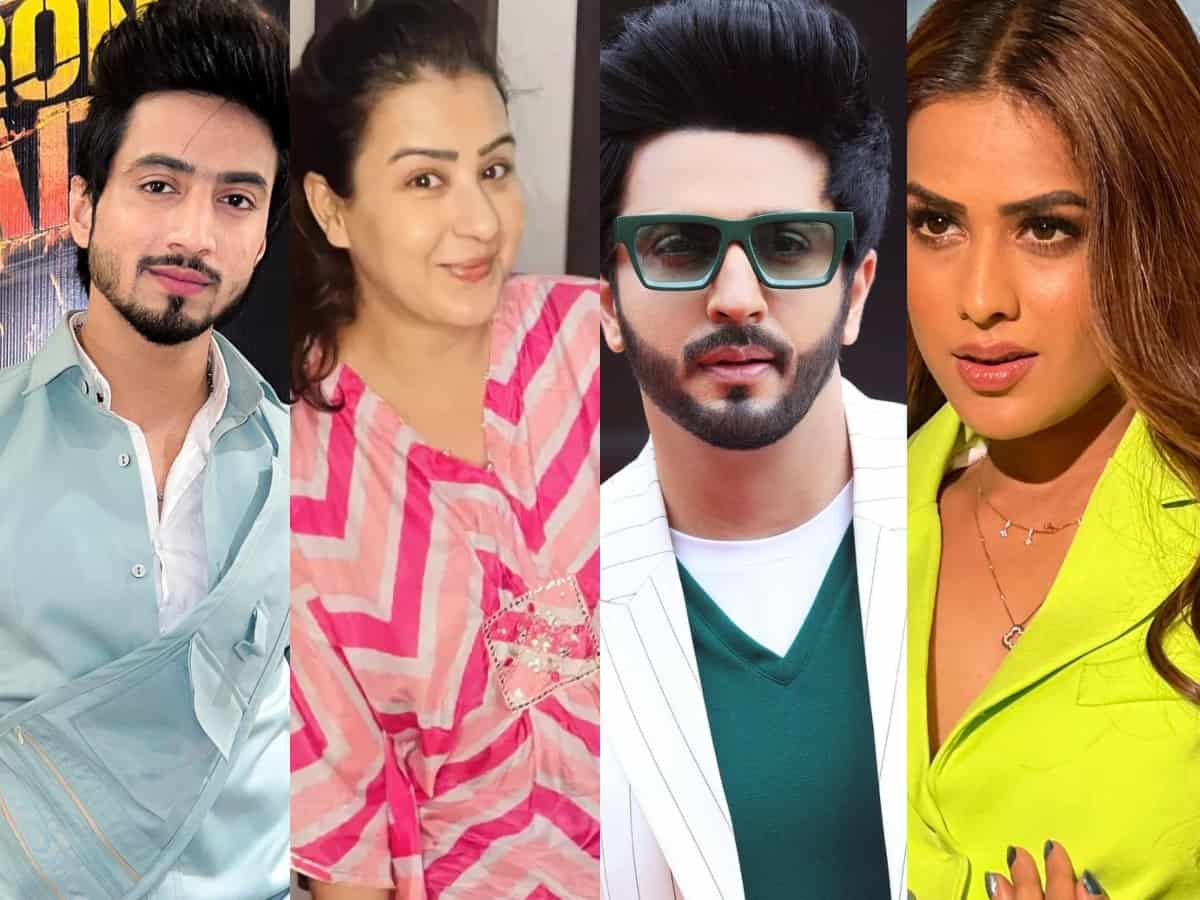 Mumbai: After taking a break of almost 5 years the hit dance reality show Jhalak Dikhhla Jaa is making a grand comeback on TV with its season 10. The upcoming edition will feature some really interesting and big names from the industry who will spread their magic onscreen with their dancing skills.

Madhuri Dixit, Karan Johar and Nora Fatehi have been roped in as judges of the show. Ever since the show has been announced, it has become the most discussed topic on social media platforms. Fans are really excited for the show to begin.

As Jhalak Dikhhla Jaa 10 is all set to premiere on September 3, let’s have a look at the list of all confirmed contestants of the show, their photos and net worth.

Popular TV actress, who is known for her role of Nandini Murthy in MTV’s ‘Kaisi Yeh Yaariyan’, is confirmed to take part in Jhalak Dikhhla Jaa 10. According to various reports, her net worth is estimated to be around Rs 7 crore (1 million USD).

Nia Sharma needs no introduction. She is popular for her onscreens roles in ‘Ek Hazaaron Mein Meri Behna Hai’, ‘Jamai Raja’, ‘Ishq Mein Marjawan’ and ‘Naagin: Bhagya Ka Zehreela Khel’. The actress also participated in the stunt based reality show Khatron Ke Khiladi 8. Her massive net worth stands at around Rs 60cr, as per the information on internet.

Popular TV Bahu Rubina, who is currently seen in Khatron Ke Khiladi 12, is also going to take part in Jhalak Dikhhla Jaa 10. The became a household name with her coy role in Choti Bahu. She was the winner of Bigg Boss season 14. Reportedly, she has a net worth of around Rs 29 crores.

Faisal Shaikh aka Mr Faisu is a popular social media influencer, actor and model from Mumbai. He rose to fame with the Tik Tok videos. Known for his charming looks and amazing dance skills, Faisal has also featured in several music videos and frequently collaborates with other Indian celebrities for dance and Instagram reel videos. According to various online reports, Faisal has a massive net worth of 2 million dollars which is Rs 14 crores (approx.)

One of the most successful restaurateurs in India, Zorawar Kalra will be seen participating in the upcoming season of celebrity dance reality show ‘Jhalak Dikhhla Jaa’. Reportedly, his net worth is around Rs 80 crores.

Ali Asgar, rose to fame with his popular character ‘Dadi’ on The Kapil Sharma Show and ruled the audience’s heart with his amazing acting skills. He was also a part of hit TV shows like Kahaani Ghar Ghar Ki and FIR. His net worth around 30-35 crores, according to online reports.

He is a popular name in Marathi cinema and also featured in Hindi film ‘Muskurake Dekh Zara’ in 2010. As the information available on website, his net worth is over Rs 10cr.

Amruta Khanvilkar, who has featured in Bollywood films such as “Raazi” and “Malang”, is set to participate in the dance reality show ‘Jhalak Dikhhla Jaa 10’. Her net worth has not been disclosed on internet yet.

TV actor Paras, who is currently known for his role of a dancer in the popular TV show, ‘Anupamaa’ is another confirmed participant of the dance reality show. Though exact figure of his net worth is not disclosed, a few reports say that it between 1 million USD and 5 million USD.

Dheeraj Dhoopar is known for his hit shows ‘Kundali Bhagya’ and ‘Sasural Simar Ka’. He also hosted ‘Dance India Dance 7’. According to a report in Republic World, his estimated net worth is between Rs 7 crore to Rs 37 crore.

Shilpa Shinde rose to fame with the titular role of Angoori Bhabiji in popular sitcom ‘Bhabiji Ghar Par Hai’. She had earlier also won ‘Bigg Boss 11’ in 2018. Reportedly, her net worth is estimated to be around Rs 14 crore

Gunjan Sinha, who emerged as the 1st runner up of Dance Deewane season 3, will also be seen as a participant in Jhalak Dikhhla Jaa 10. There’s no official report about her net worth yet.