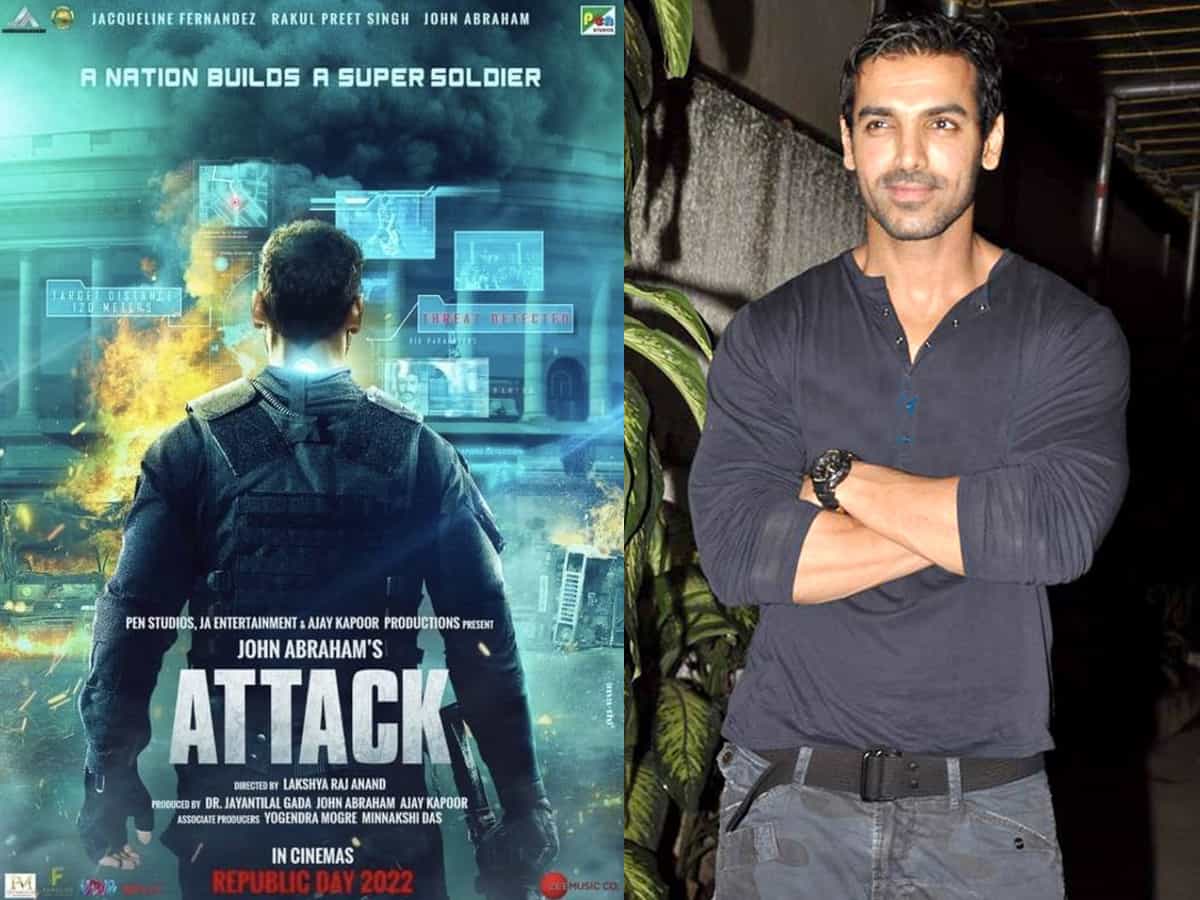 Mumbai: Even as the memories of the Akshay Kumar-starrer hostage drama ‘Bell Bottom’ are still fresh in the minds of film-going audiences, John Abraham’s upcoming film ‘Attack’, it was announced on Thursday, will release on Republic Day 2022.

The film, directed by Lakshya Raj Anand, and also starring Jacqueline Fernandez and Rakulpreet Singh, was originally scheduled to be screened in theatres across the country on August 14, 2020, but the Covid-19 pandemic delayed its release.

John tweeted the announcement on his social media account. “A hostage crisis that brought the country to its knees! This time the race is against time, get ready for #Attack. Releasing worldwide on Republic Day 2022!” tweeted the actor-producer. The movie is being co-produced by Abraham, Jayantilal Gada and Ajai Kapoor.