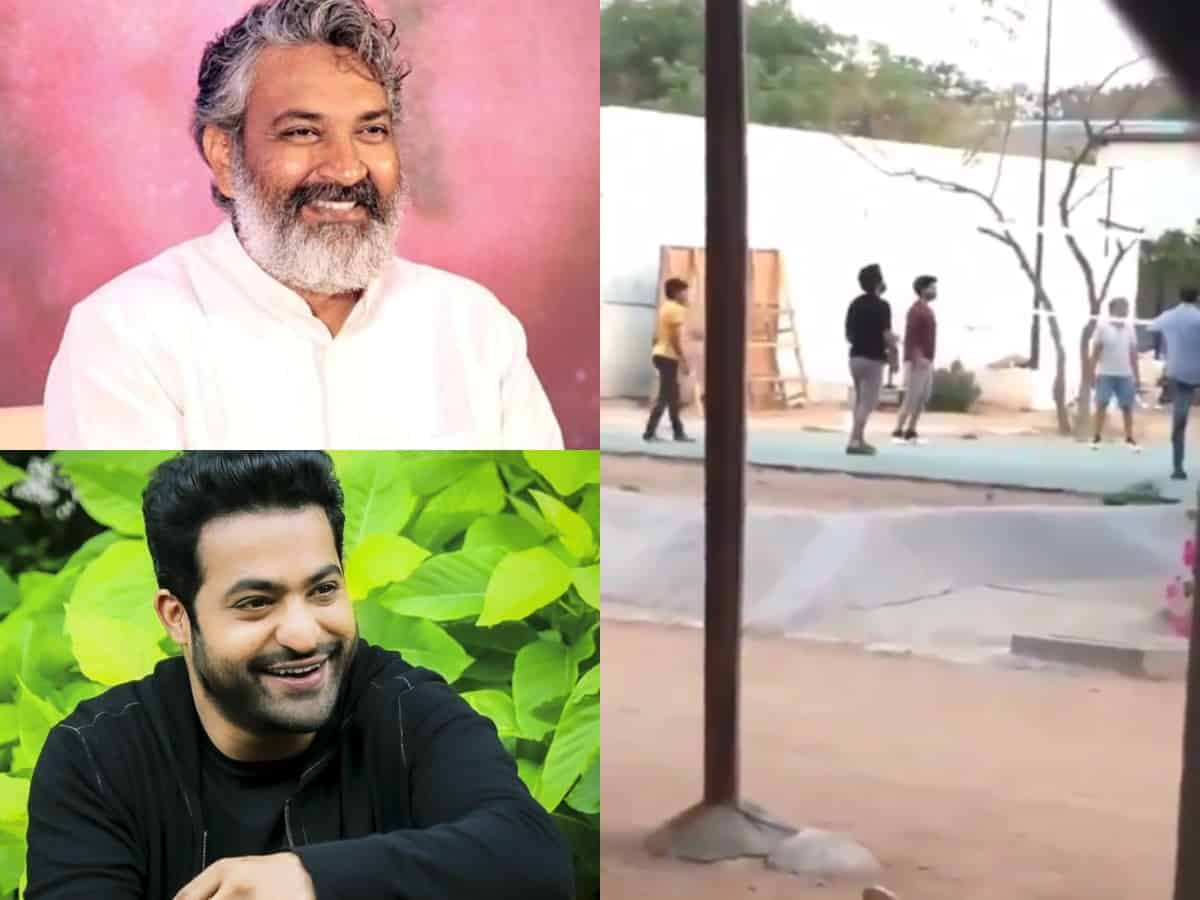 Mumbai: Cinema and sports go hand in hand. There is no denying about the fact that one activity that a lot of actors indulge in is sports. Fitness playing a key role in every actor’s life and indulging in sports is definitely a great medium to stay fit. This is perhaps one of the reasons why many film stars show keen interest in different kinds of sports.

On Tuesday, we got our hands on a viral video where Tollywood actor Jr NTR and filmmaker SS Rajamouli were seen playing volleyball. The clip is going crazy viral on social media with many fans resharing it. Watch the video below:

On Sunday, Ranveer Singh, Ibrahim Ali Khan, MS Dhoni and others were seen playing a football match for charity in Mumbai. Several pictures and videos have been circulated online. Have a look at them.

Meanwhile, on the professional front, Jr NTR is busy in shooting for SS Rajamouli’s much-anticipated upcoming movie RRR. The movie also stars Ram Charan, Alia Bhatt and Ajay Devgn in other pivotal roles. The film will star Ram Charan as Alluri Sitaramaraju and Jr.NTR as Komuram Bheem. Alia Bhatt and Olivia Morris will be playing their love interests. Makers are preparing to release the film on October 13.