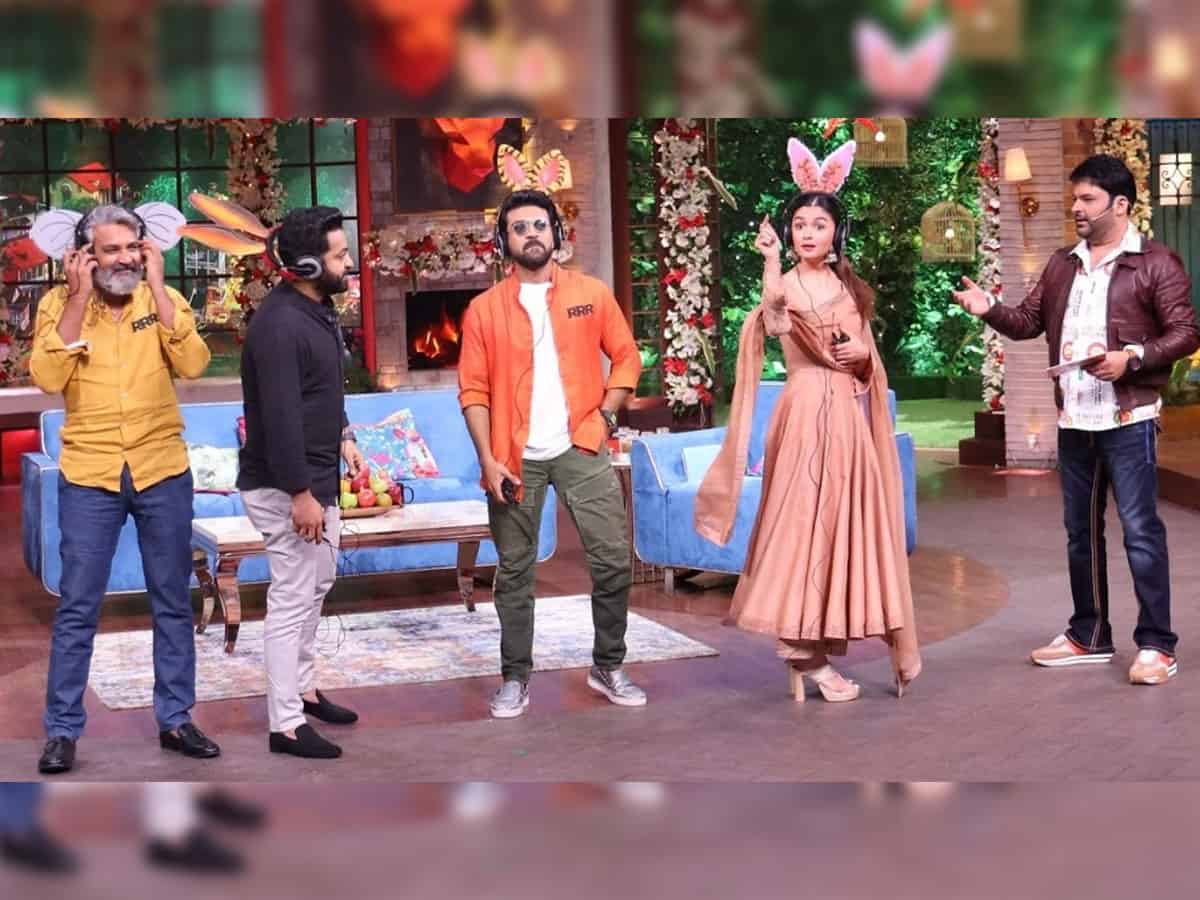 Mumbai: Bollywood actress Alia Bhatt revealed that Jr NTR and Ram Charan have dubbed the entire movie ‘RRR’ in Hindi in their own voices.

The cast of ‘RRR’ including Jr NTR, Ram Charan, Alia Bhatt and director S.S. Rajamouli will appear as special guests on the ‘The Kapil Sharma Show’.

Alia Bhatt mentioned: “If you must have heard the trailer, both of them (Jr NTR and Ram Charan) have dubbed the whole film in Hindi in their own voices. The audience will get an authentic experience.”

During an interaction with the cast of ‘RRR’, Archana Puran Singh asked the Telugu actors about their fluency in Hindi and how they learnt it, to which Jr NTR said: “Hyderabad is a very Hindi-speaking city. Also during schooling, my first language was Hindi because my mom wanted me to learn this language.”

“After all, it’s our national language. So, it did help me. I also have a few friends from Bombay (Mumbai), technicians keep coming and there’s a lot of exchange happening. Thanks to ‘Bahubali’ now it’s become big. So, when you keep talking, slowly and slowly you start learning the language,” he added.