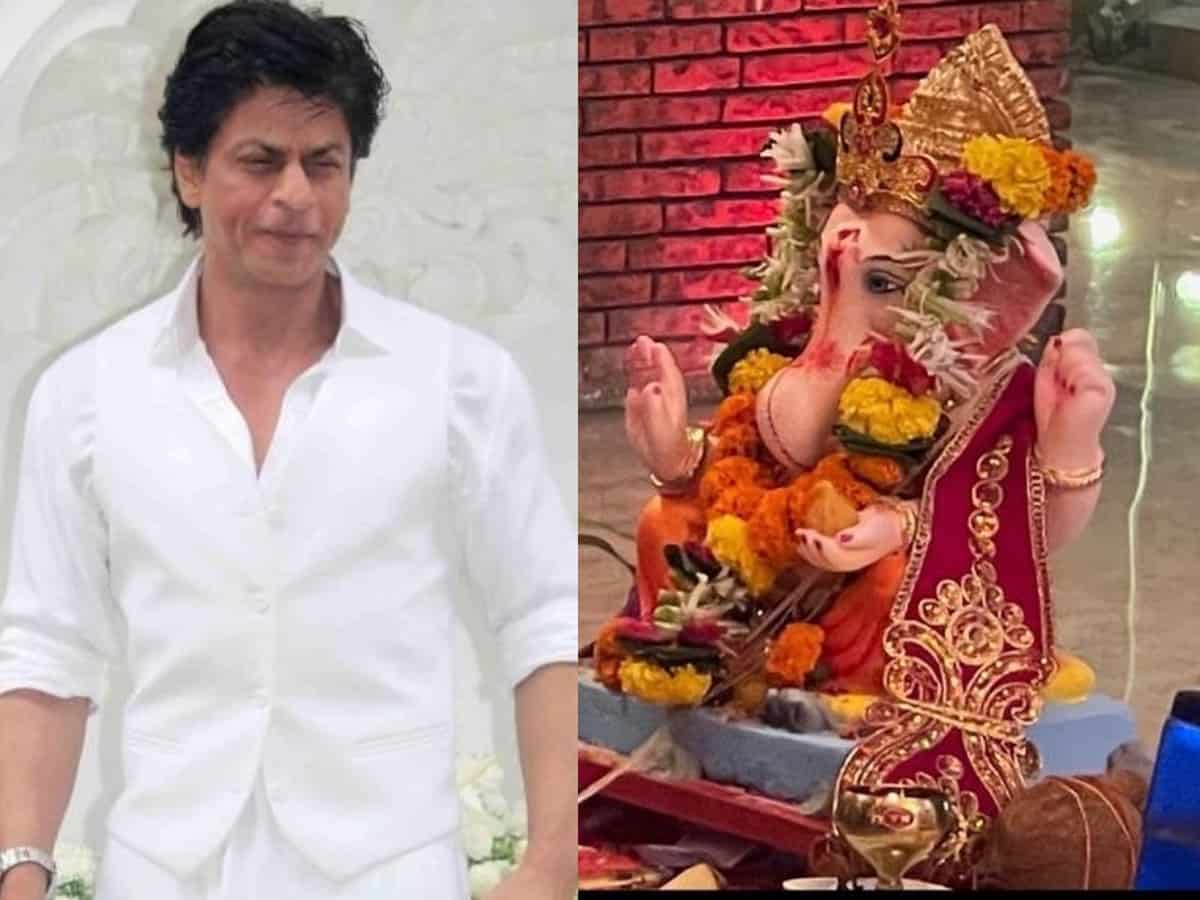 Mumbai: King Khan of Bollywood, Shah Rukh Khan has been celebrating Ganesh Chaturthi with his family for years now. He shares the glimpse of the festivities of his house on social media every year. Likewise, this year too SRK shared a note as he bid goodbye to Lord Ganesha on Sunday.

However, his post did not go well with many who trolled him for ‘celebrating Hindu festival’ because he is a Muslim. The comments thread of SRK’s post had many unwarranted hateful messages questioning his faith.

A section of commenters countered the trolls saying, “He celebrates all festivals, he is a true Indian.”

One took to the comment section and wrote, “Yaaar role model why you do this?” Another one penned, “Just convert already.” “May God show you the right path. To please them you have crossed all your limits forgetting that you’re from a Muslim family,” wrote another. Check out the comments below:

However, this is not the first time the actor’s secular credential were questioned by haters on social media.

Shah Rukh Khan is married to Gauri, who is a Hindu, and they’ve raised their three children Aryan, Suhana and AbRam with both faiths. Apart from Ganesh Chaturthi, Shah Rukh and his family celebrate other festivals like Diwali, Eid, Holi and Christman with equal fervour and enthusiasm. It is quite evident to all that the actor has always been vocal about secularism.

Meanwhile, on the work front, SRK has a set of interesting upcoming movies. He has Pathan with Deepika Padukone and Atlee’s next with Nayanthara is his kitty.