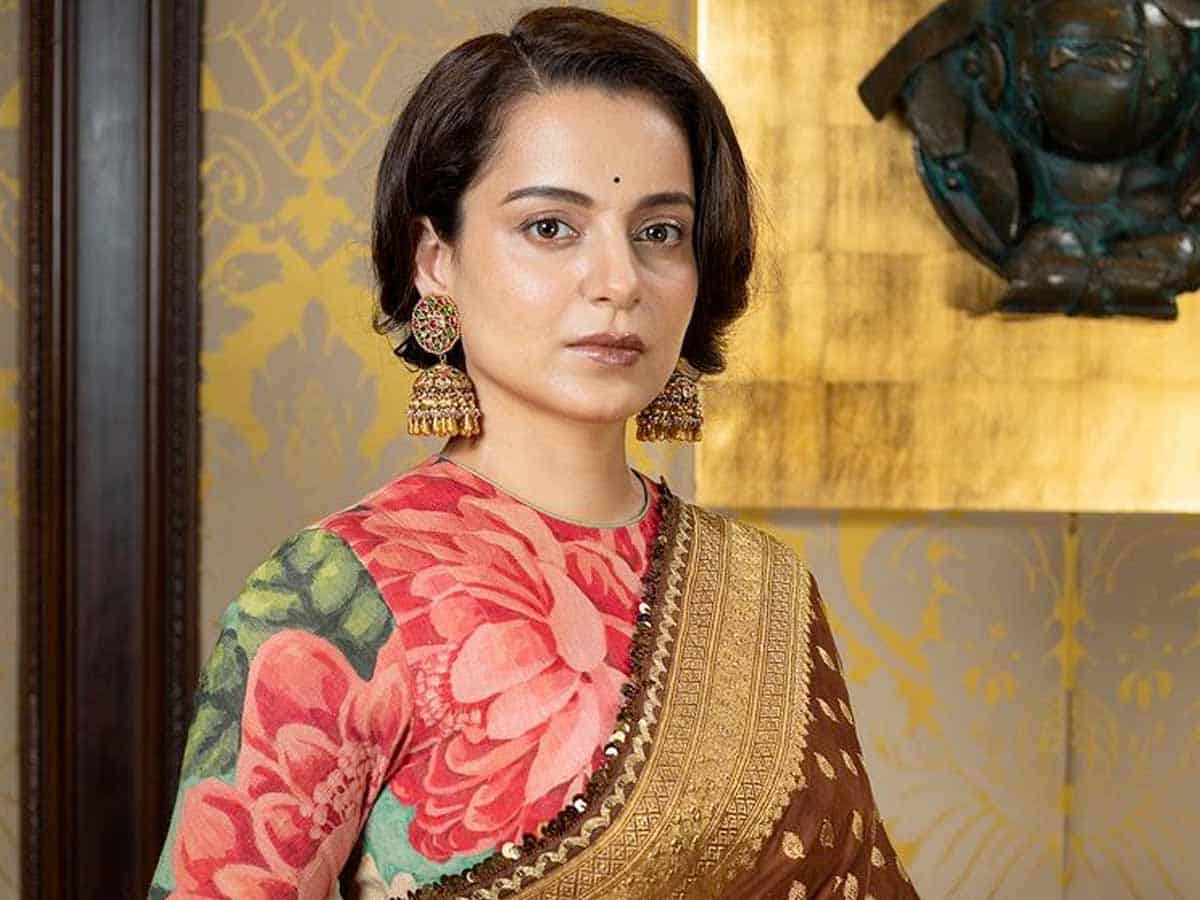 Mumbai: Kangana Ranaut stirred up a hornet’s nest recently when she said that the freedom that India attained in 1947 was given to the nation as a handout by the British.

Kangana was speaking at a media summit when she gave the controversial statement saying that “India got true freedom only in 2014”.

Several politicians have demanded an apology from her and also made an appeal to revoke her recently conferred Padma Shri award, saying that her statement insults the sacrifice of all those freedom fighters who laid down their lives for the nation.

Now, the actress has come out and defended herself through a series of pictures on her Instagram. Her first picture is a screenshot of a BBC article that spoke about ‘Why Britain owes no reparations to India’.

Captioning the post, the actress wrote, “Why and how can white colonists or their sympathisers get away with such nonsense in this day and age? If you try to figure it out, the answer is in my Times Now Summit statement.”

She adds, “It is because our nation builders did not hold the British accountable for the countless crimes they committed in India, from plundering our country’s wealth to ruthlessly killing our freedom fighters to dividing our country into two parts, at the time of independence. After World War II, the British left India at their leisure, with Winston Churchill being hailed as a war hero.”

Further explaining her side, Kangana states, “He was the same person who was responsible for the Bengal famine; was he ever tried in independent India’s courts for his crimes? No. Cyril Radcliffe, an English white man who had never been to India before, was brought to India by the British to draw the line of Partition in just 5 weeks.”

She adds, “Both the INC and the Muslim League were members of the committee that decided the terms of the Partition line drawn by the British, which resulted in the deaths of nearly a million people. Did those who died tragically gain independence? Was the British or the INC, who agreed to the Partition line, held responsible for the massacre that occurred after?”

The other pictures in the series are of a letter written by the first Prime Minister of independent India Jawaharlal Nehru and an editorial which states that India really attained freedom in 2014. The actress further writes, “There is a letter from our first Prime Minister, Shri Jawahar Lal Nehru, dated 28th April 1948, to the British Monarch, requesting British approval for the appointment of the then-Governor of West Bengal as the Governor-General of India.”

She goes on to state, “The letter can be found in the second image of my post. If such a letter exists, do you believe the INC attempted to hold the British accountable for their crimes? If so, please explain how my statement is incorrect!”

“Did the freedom fighters who gave their lives for an independent India know that the British and our nation-builders would divide undivided India into two parts, resulting in the massacre of one million people? I’d like to conclude by saying that if we don’t hold the British accountable for the numerous crimes committed in India, we are still disrespecting our freedom fighters. Jai Hind,” the actress concluded in her post.