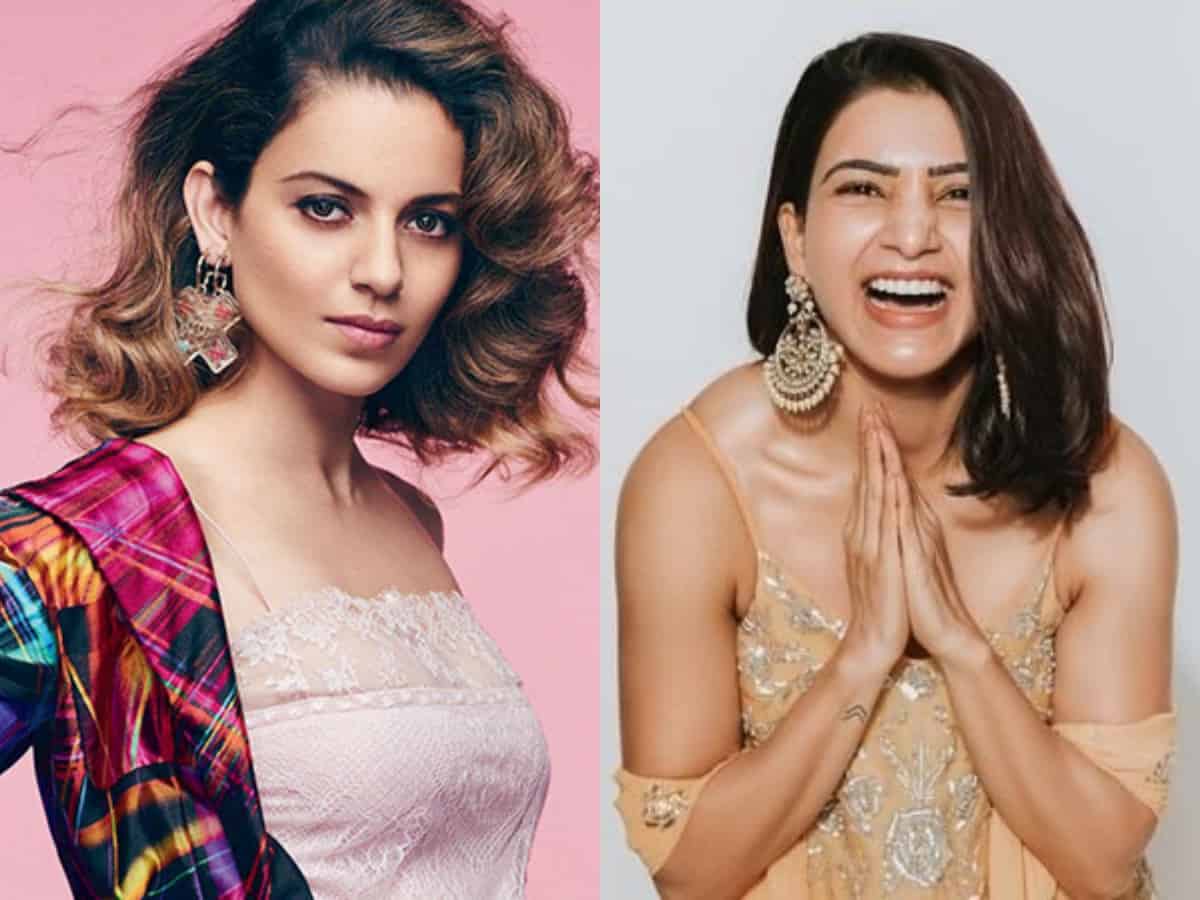 Mumbai: The much-awaited trailer of Samantha Akkineni’s upcoming web show The Family Man 2 was dropped on Wednesday. Impressed with her antagonist role, her fans and colleagues have been praising her for her never-seen-before avatar.

After watching the trailer, Bollywood actress Kangana Ranaut applauded Samantha for her spectacular screen presence. Sharing a glimpse of the trailer on her Instagram Stories, Kangana wrote, “This girl has my heart @samantharuthprabhuofficial”. Samantha quickly reposted the same and responded saying, “thank you.”

However, this isn’t for the first time that both the actresses have hailed each other on social media. Earlier in April, Kangana praised Samantha and even called her an ‘epitome of woman empowerment.’

On the other hand, Samantha too was impressed by Kangana after seeing the trailer of her upcoming biopic based on the life of J. Jayalalithaa. She even called Kangana as ‘bravest actor of our generation’.

Speaking about The Family Man, it is a spy series on Amazon Prime Video and the second season will release on June 4. Manoj Bajpayee will be see playing the lead role. Samantha will mark her digital debut with the show, in which she plays a Sri Lankan Tamilian. The web show has been created and directed by duo Raj Nidimoru and Krishna DK.