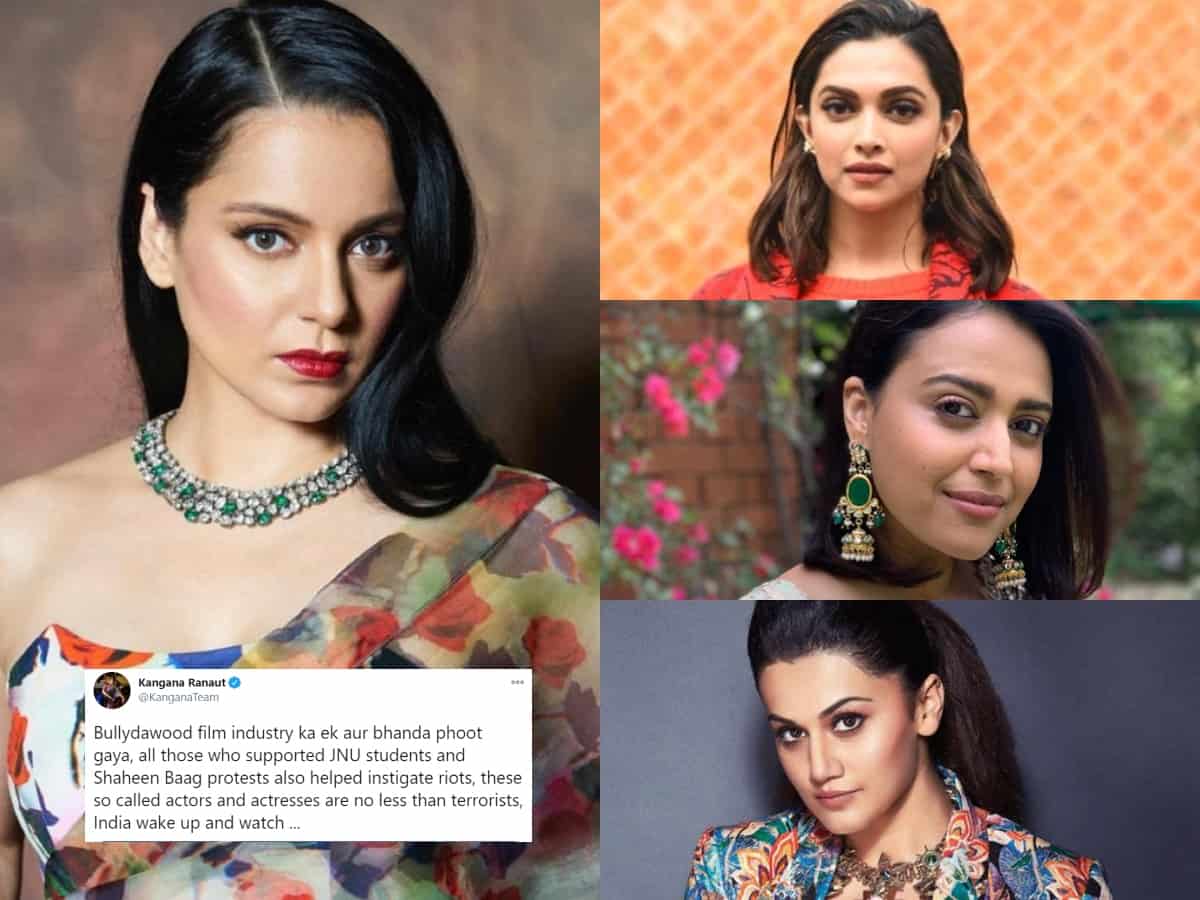 Mumbai: Actress Kangana Ranaut launched a fresh attack against the Bollywood celebrities for supporting the Anti-CAA protest and also JNU protest. In her latest tweet, Kangana took the indirect jibe at Deepika Padukone, Swara Bhasker, Anurag Kashyap and Taapsee Pannu and called them as ‘filmy clowns’ and wrote that they are ‘no less than terrorists’.

Along with a news snippet Kangana Ranaut took to the Twitter and wrote, “Bullydawood film industry ka Ek aur bhanda phoot gaya, all those who supported JNU students and Shaheen Baag protests also helped instigate riots, these so-called actors and actresses are no less than terrorists, India, wake up and watch…”

In her second tweet, Kangana shared pictures of Deepika, Swara, Taapsee and Anurag. She tweeted, “Now that it is proved that JNU students spread misinformation and lies about CAA, they have admitted that they participated in spreading hate, lies and terrorism. Will these filmy clowns apologise to this nation but who will compensate for the lives that are lost in Delhi riots?”

However, this is not for the first time that Kangana Ranaut has criticised the Bollywood celebrities. She has been slamming the film industry ever since the death of Sushant Singh Rajput for their opinions and even ‘nepotism’.