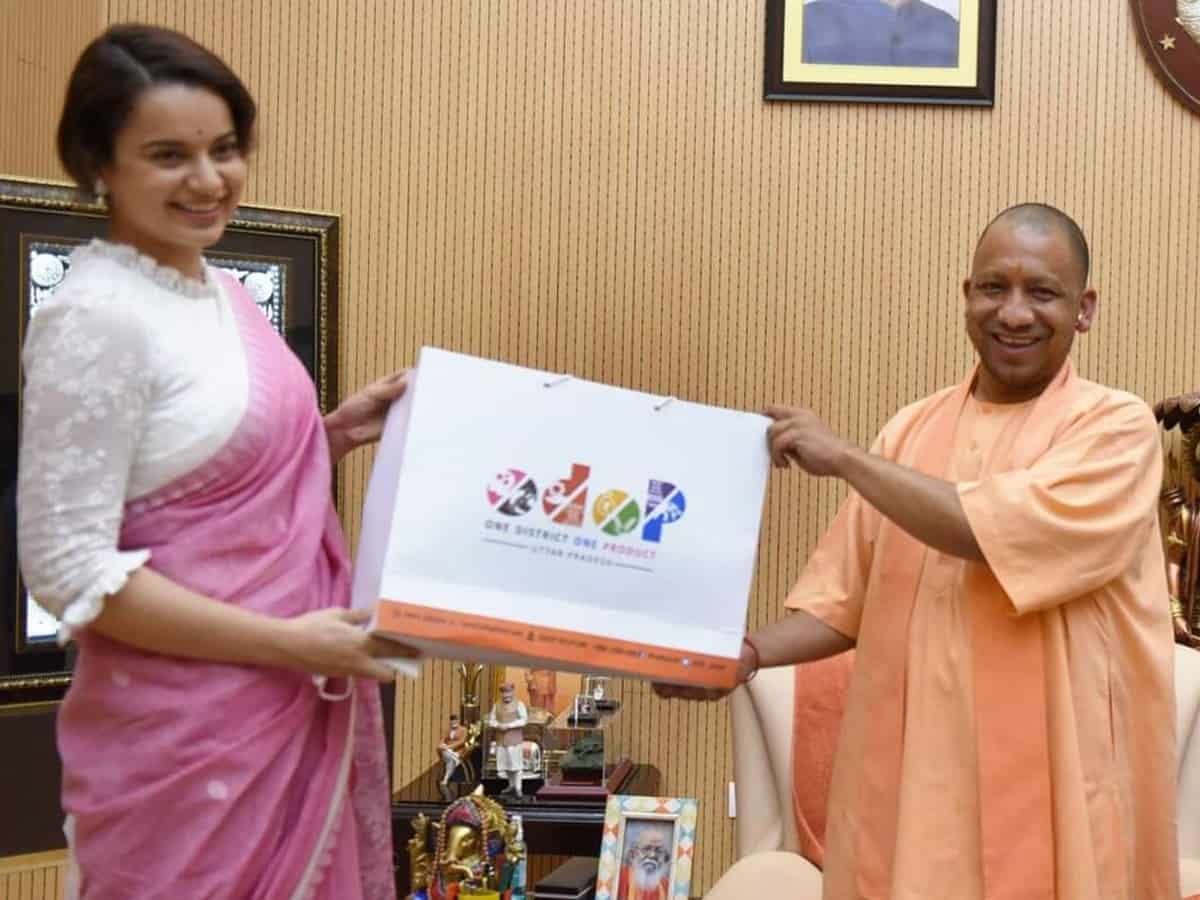 Lucknow: The Yogi Adityanath government of Uttar Pradesh has roped in film actress Kangana Ranaut as the brand ambassador of its highly ambitious scheme ‘One District One Product’ (ODOP).

The Yogi government has launched One District One Product (ODOP) scheme with an aim to encourage such indigenous and specialized products and crafts of UP that are not found anywhere else.

According to an official, the actress during the meeting praised the works being done by Yogi Adityanath.