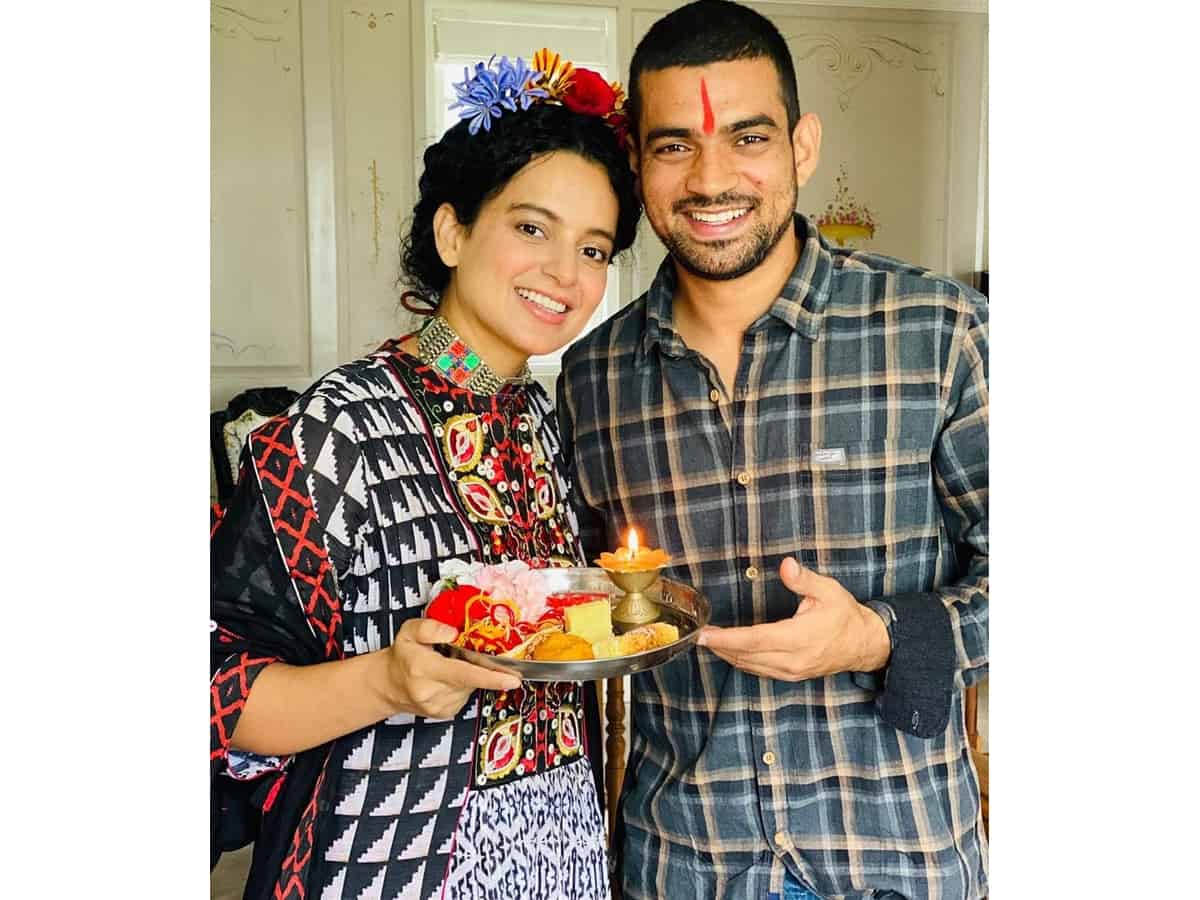 New Delhi: Kangana Ranaut on Wednesday took to social media to share the special Diwali gift she had received from her younger brother Aksht.

Taking to her Instagram story, Kangana shared an all smiles picture featuring her pilot brother Aksht with a flower pot.

Alongside the snap, the ‘Panga’ actor who is also vocal about climate preservation penned an appreciation note for her brother which read, “Such a lovely Diwali gift from my brother Aksht…He said I don’t like to give dead flowers. Thank you,” adding a string of heart emoticons to it.

Earlier in the day, Kangana took a jibe at people who insist on banning firecrackers during Diwali.

She shared a video of spiritual guru Sadhguru, who was seen talking about not banning firecrackers while recalling his childhood memories of Diwali.

Sadhguru wrote in the caption, “Concern about air pollution is not a reason to prevent kids from experiencing the joy of firecrackers. As your sacrifice for them, walk to your office for 3 days. Let them have the fun of bursting crackers -Sg.”

Referring to the video, Kangana chimed in and wrote, “Perfect answer to all Diwali environment activists. Walk to your office don’t use cars for three days.”

In another Instagram Story, she also hailed Sadhguru, “He is the man who caused world record of green cover by planting millions of trees.”
Kangana had recently received her fourth National Film Award as the Best Actress for her performances in ‘Manikarnika: Queen of Jhansi’ and ‘Panga’.

Meanwhile, on the work front, the actor will be seen in ‘Manikarnika Returns: The Legend Of Didda’, ‘Emergency’, ‘Dhaakad’, ‘Tejas’, and ‘The Incarnation: Sita’.