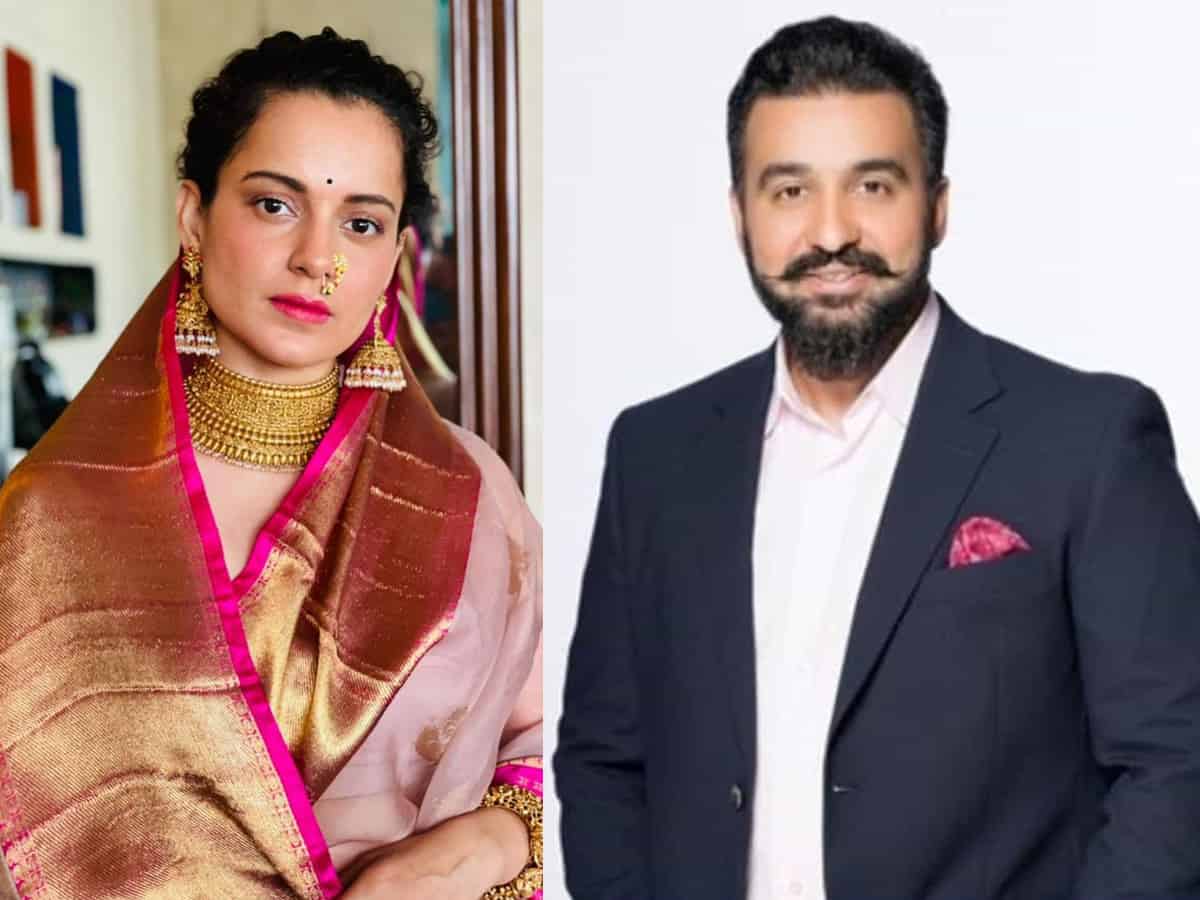 Along with it, she wrote, “This is why I call movie industry a gutter… all that glitter is not gold, I am going to expose under belly of Bullywood in my upcoming production called Tiku weds Sheru… we need strong value system and conscience in the creative industry and of course a whip …”

The Mumbai Police earlier in the day informed that Property Cell of its Crime Branch had so far arrested a total of 11 people, including Raj Kundra for their alleged involvement in the crime.

Raj was taken for medical examination at JJ hospital by the Property Cell of Mumbai Police’s Crime Branch during the early hours of Tuesday. He was later taken to Mumbai Police Commissioner’s office.

“He appears to be the key conspirator. We have sufficient evidence regarding this,” Mumbai Police Commissioner Hemant Nagrale had said in a statement.

The case was registered with Crime Branch Mumbai in February 2021 about the creation of pornographic films and the use of apps.
Meanwhile, speaking of Kangana, on the work front, she will be next seen in ‘Thalaivi’, which is based on Tamil Nadu’s former chief minister, Jayalalithaa.

Other than that, she also has an interesting line-up of films including, ‘Tejas’, ‘Dhaakad’, ‘Manikarnika Returns: The Legend Of Didda’, and ‘Emergency’ based on the life of India’s former Prime Minister Indira Gandhi in the pipeline.

Kangana had recently also announced her OTT debut as a producer with ‘Tiku Weds Sheru’ and as a host for the Indian adaptation of the American show ‘Temptation Island’.