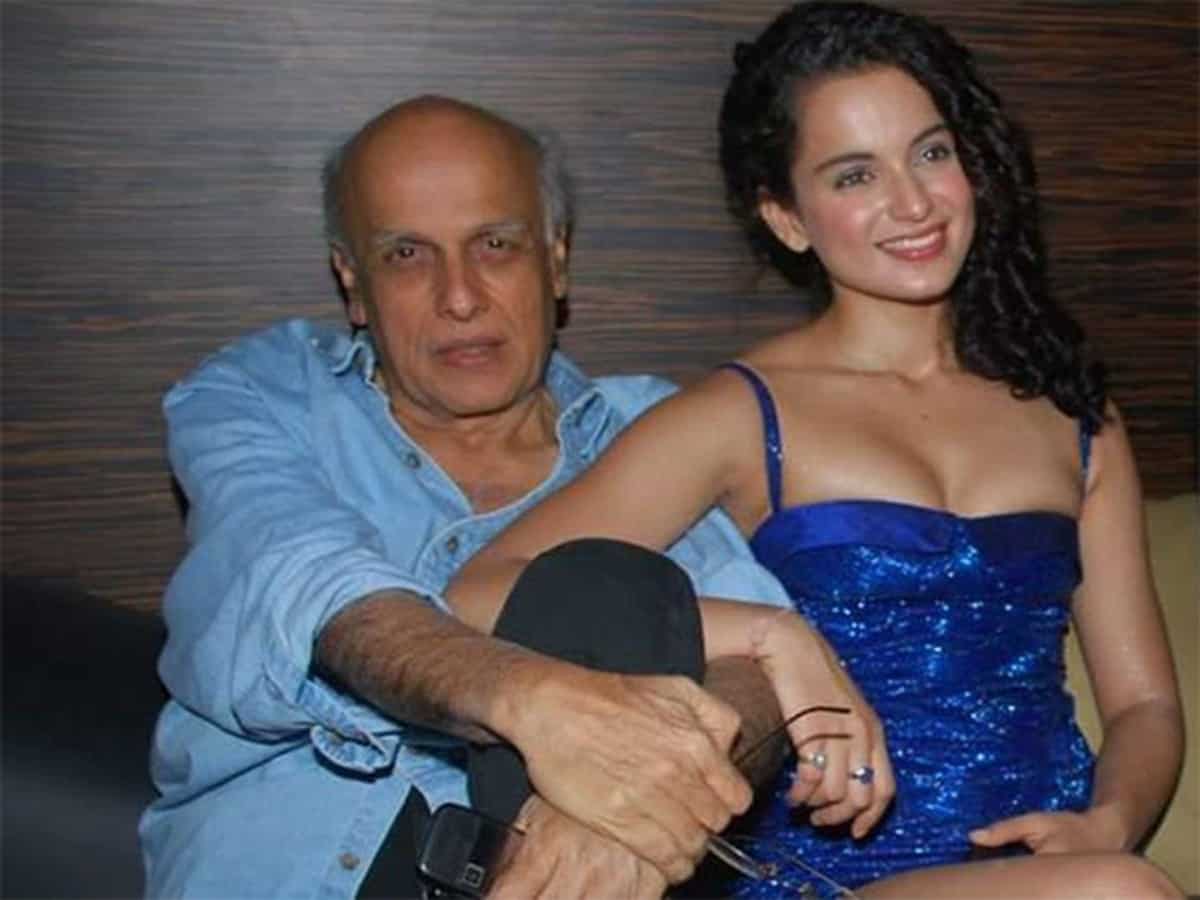 Mumbai: Actor Kangana Ranaut recently made a shocking revelation about the life of filmmaker Mahesh Bhatt. She alleged that his ‘real name’ was not Mahesh, but ‘Aslam’.

Taking to Instagram Story, Kangana shared an old video of Mahesh Bhatt in a series of posts.

Along with the clips, the actor – who made her Bollywood debut in the 2006 film Gangster, which was backed by Mahesh Bhatt – also made some statements about Mahesh and his ‘real name’ and religion. 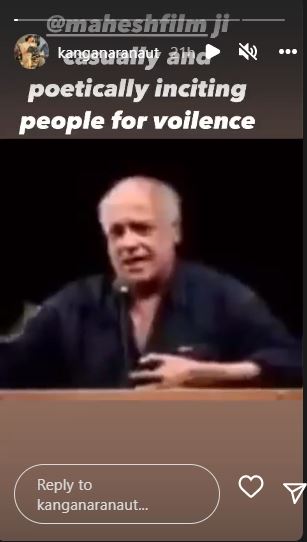 “Mahesh ji casually and poetically inciting people for violence,” she captioned one of the posts.

Sharing another part from the same video, she wrote, “I am told his (Mahesh Bhatt) real name is Aslam… he converted to marry his second wife (Soni Razdan)… it is a beautiful name, why hide it?” 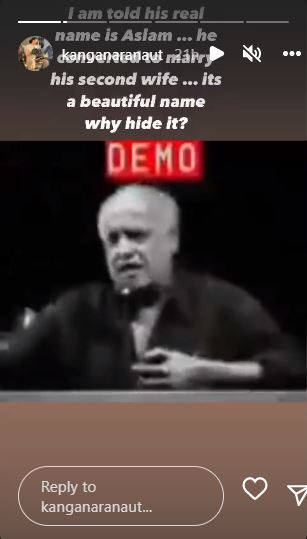 Another clip shared by Kangana was also accompanied by a statement on Mahesh’s name, which read,

“He must use his real name, not represent a certain religion, when he has converted…” 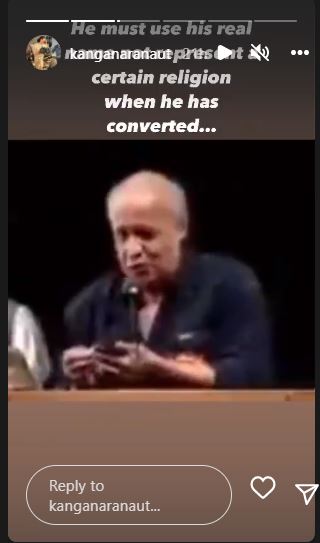 This is not the first time that Kangana has targeted Mahesh Bhatt. She reportedly accused the filmmaker of nearly assaulting her when she turned down his daughter Pooja Bhatt’s film.

Earlier this year, she had taken an indirect dig at Mahesh Bhatt and his daughter Alia Bhatt ahead of the release of the latter’s film ‘Gangubai Kathiawadi’.