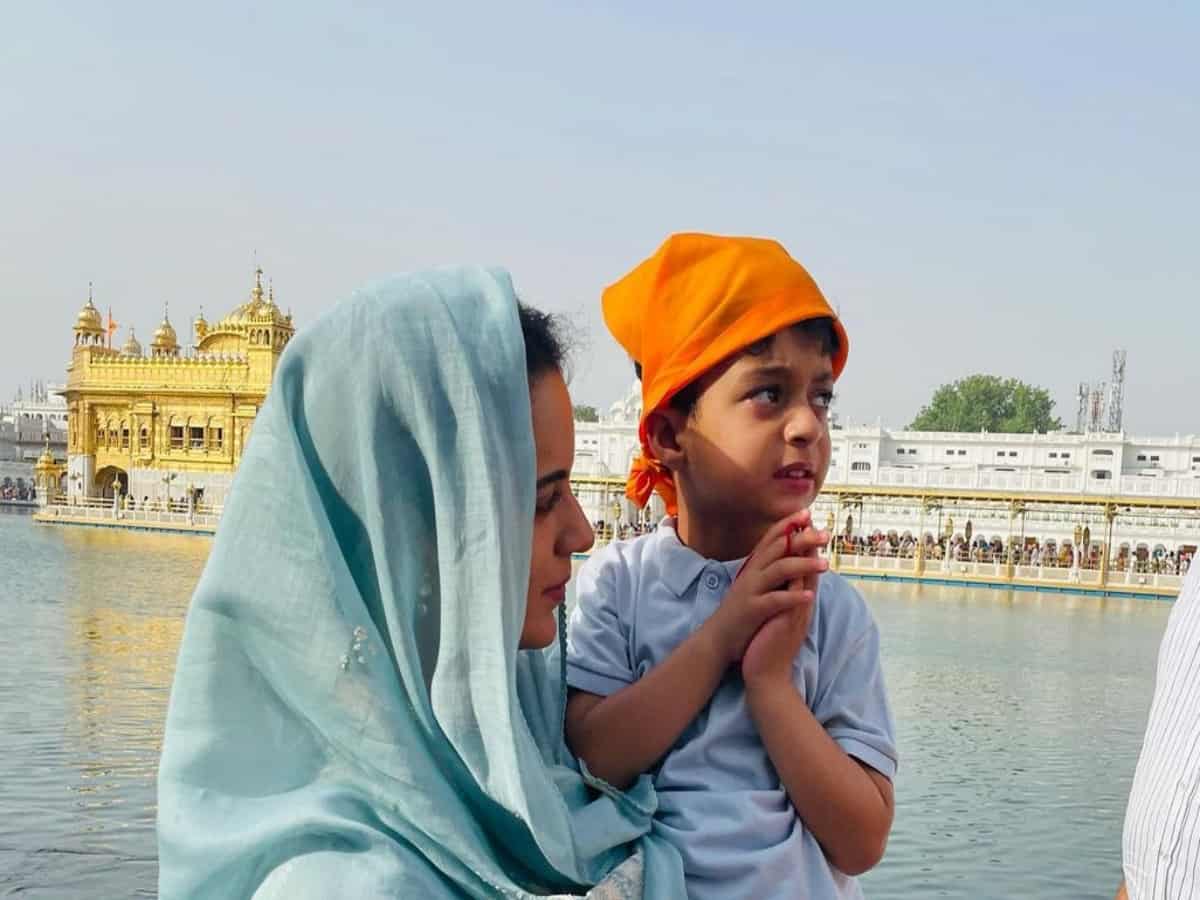 The ‘Panga’ actor shared pictures from her visit on her Instagram handle. The 34-year-old actor also shared that it was her first visit to the temple, despite the fact that she grew up in the northern part of India.

Astonished with the serene beauty of the temple, Kangana Ranaut wrote, “Speechless and stunned with Golden temple’s beauty and divinity…”

In one photograph, Kangana poses with her nephew in front of the shrine and in another she is snapped receiving the ‘kadha prashad’.

Meanwhile, on the work front, Kangana Ranaut’s much-awaited project ‘Thalaivi’ which was slated for a theatrical release on April 23, this year got postponed due to the rise in the number of COVID-19 cases in India.

The film is a biopic on the life of Tamil Nadu’s celebrated actress-turned-politician Jayalalithaa. Helmed by A. L. Vijay, ‘Thalaivi’ is an upcoming Indian multilingual biographical film that will be released in Hindi, Tamil, and Telugu.

Apart from this she also has ‘Tejas’, ‘Dhaakad’, and ‘Manikarnika Returns: The Legend Of Didda’ in the pipeline. Kangana has also signed up to play the role of former Prime Minister Indira Gandhi in an upcoming political drama.