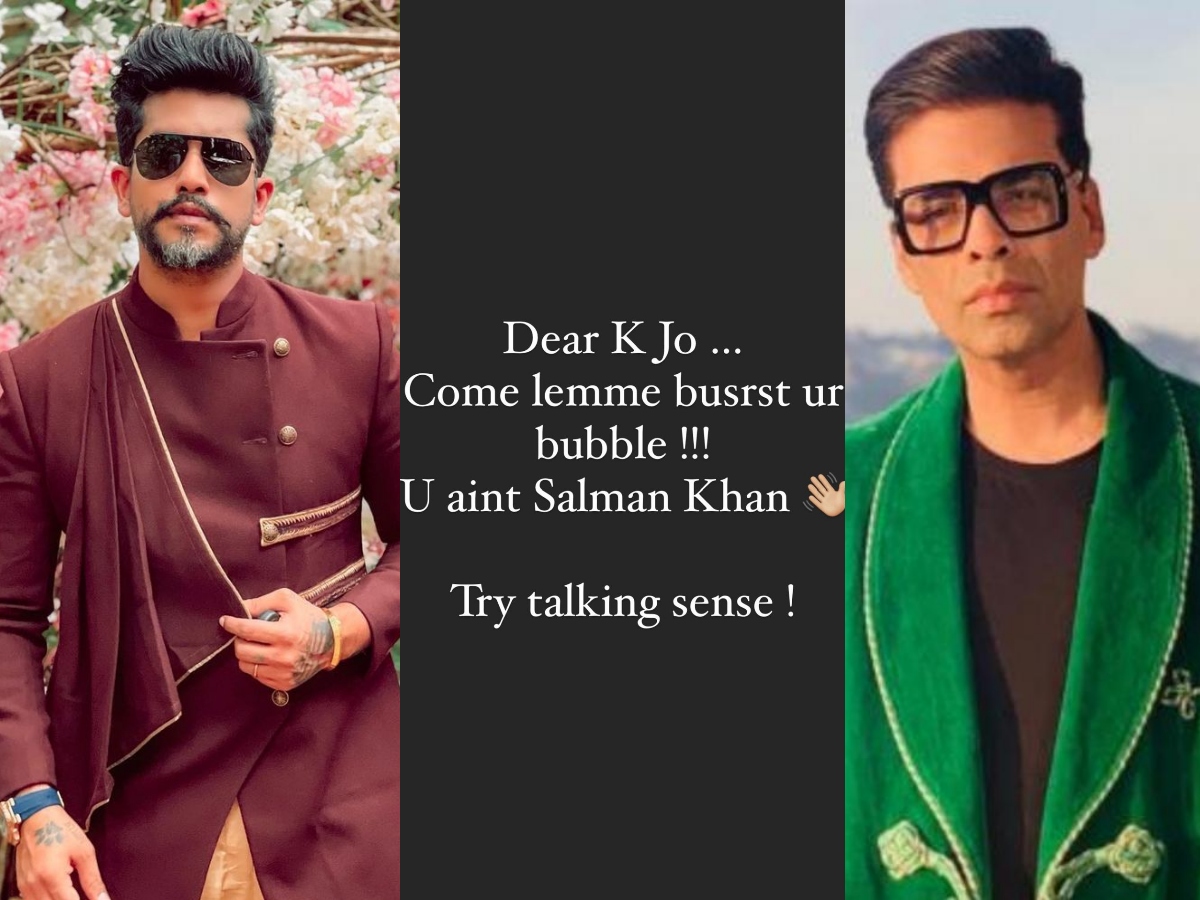 Mumbai: Bigg Boss OTT contestant Divya Agarwal got support from her friend and actor Suyyash Rai after host Karan Johar lost his cool on her in the last episode. Suyyash, who was part of Bigg Boss season 9, has called Karan a ‘loser’.

It all started when Karan Johar bought up Divya’s words where she said she wanted to ‘nominate’ him for the elimination. Karan told Divya that she should not mention his name inside the house if she cannot give him respect. When she tried to clarify the point, the filmmaker said that she was a contestant and he was the host the boundary between them should never get blurred. Divya said that that’s not what she was doing, but he yelled at her again for taking the wrong ‘tone’ with him.

Reacting to the same, Suyyash took to his Instagram stories and wrote, “Dear Karan Johar, come let me burst your bubble. You aren’t Salman Khan. Try talking sense,” he wrote in his Instagram Story. He added in another, “Never knew KJo is such a loser. Dear KJo, you fkin check your tone next time then expect others to speak with you nicely. And you better not point that finger of yours at Divya. Do all this with your Shamita (Shetty).” Tagging Karan in a post, he wrote, “Filmein banao, wahin tak theek hai (Stick to making movies).”

The twists and turns in the ‘Bigg Boss OTT’ house seem to be getting interesting by the day and audience are already witnessing high-voltage drama.

Stay tuned to Siasat.com for more scoops and updates on Bigg Boss OTT.